Darfur and the Democratic Republic of Congo are two of the most dangerous places in the world, with regular violent clashes between armed factions who are fighting for control of territory. 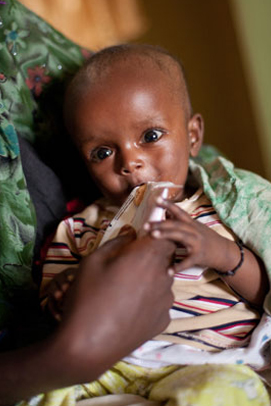 But far more dangerous than bullets is the silent killer of disease and malnutrition that has claimed many thousands of children’s lives.

Emily Cooper, a nutrition expert for World Vision UK, recently visited South Sudan where she had a chance to talk to women whose children are experiencing these serious health problems first hand.

Emily’s told her story, and those of some of the families she met, in a blog for The Independent.

Many of the challenges that Emily saw in South Sudan are highlighted in a new report released this week by World Vision UK.

No Short Cuts – The Difficult Path to Maternal, Newborn and Child Health in Fragile States focuses on the often voiceless casualties of war, marginalised communities, women and children.

As well as outlining these massive injustices, No Short Cuts looks at what donors, like DFID, can do to support a long-term effort to help women and children in these contexts.

From the 13th to 20th November World Vision is holding its very first Global Week of Action.

In response to the shockingly high number of children dying before their fifth birthday World Vision is seeking to bring people together across the globe to show support for the millions of children at risk of illness or death from preventable causes like malaria, diarrhoea and malnutrition.

Find out more about the Global Week of Action

Coronavirus has brought significant challenges to the UK’s economy, but cutting  the aid budget – which will be devastating for the world’s poorest and most vulnerable – is not the solution.
Latest News
Our Blog