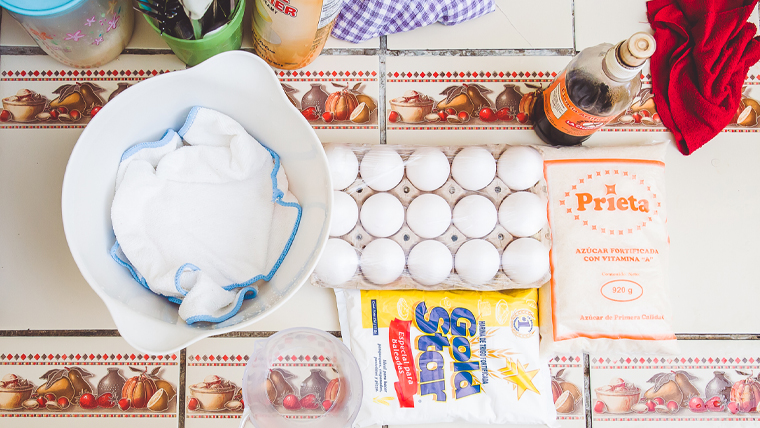 A recipe for new life this Easter

Do you know the tradition behind Pancake Day? As World Vision UK’s Bev Jarvis-Pearson has discovered, it’s all about using up ‘pleasurable foods’, like meat and dairy, before the period of Lent replaces it with a plainer, simpler diet and even fasting.

But, there’s a more surprising history to the food we eat as Lent ends.

The history behind Easter foods

In the UK today, I’m not sure many of us would associate Easter as a time for food being scarce or of cake being nutritious!

But in the past, both were true.

As food markets have globalised, whether we like it or not, we consumers have become increasingly detached from our dinners’ production. Do you know which fruit and veg are grown locally to you and what’s in season? These days, unless you’re a farmer, you’re unlikely to know how long a good harvest might last and when it’ll begin to run out and become scarce.

Yet our ancestors knew this only too well – and developed special recipes because of it.

What is the significance of Simnel Cake?

One of these special recipes is for the traditional Easter Simnel cake. This is a traditional fruit cake, decorated with 11 sugary marzipan almond balls to represent the apostles (minus Judas Iscariot), that is commonly found on tables and in supermarkets at this time of year. But, did you know that Simnel cake was originally baked at Easter because food stocks would be low and the high-calorie cake was useful to boost nutrition?

So, this Easter, you’ve been given permission to bake a Simnel Cake – because it’s nourishing!

But, how did a simple fruit cake become associated with Easter? Well, it’s not due to Easter at all but likely due to another holiday that often falls at a similar time – Mothering Sunday. You see, originally Mothering Sunday was less about celebrating your mum, but your mother church, and people would bring gifts including cakes and flowers. It’s thought that over the years, this slowly became a popular bake for this time of year and during the Victorian times, as cake-baking became a popular pastime, the so-called ‘cake-calendar’ became fixed and Simnel Cake was earmarked for Easter.

There are plenty of wonderful recipes to follow, whether you’re a fan of the baking queen Mary Berry or a devotee of Nigella Lawson, check out their recipes and get baking today.

The importance of nutritionally dense foods

Boosting nutrition is something parents around the world often do, although Simnel Cake isn’t the only way this is done.

It’s quite a few decades since I was a child, but I clearly remember my Mum buying gold top milk to “help me grow”. These were the instructions from the doctor, even though the creamy, Jersey milk was really beyond her budget. I also remember being given daily doses of sticky, dark, malt extract by the spoonful, to help boost my nutrition.

In Angola, a nutritious paste named Plumpy’nut rescued Pedro and his sister Teresa from severe malnutrition. Climate change has led to extreme weather where they live – swinging from drought to flood.

“During the drought, our maize crops died, our beans died. Everything dried up. Sometimes a whole week would go by and Pedro and Teresa would eat nothing but green leaves,” shared Maria Louisa, the children’s mum.

Thankfully, World Vision, in partnership with the health department in Angola, has helped to train health workers to spot when children are undernourished. And if a child needs extra nutrition, they’re given Plumpy’nut, a peanut-based ready-to-use therapeutic food. It will give them the calories and nutrients they need to recover, grow and thrive.

Easter foods from around the world

In fact, it’s not just Simnel Cake, which is mostly eaten in the United Kingdom and Ireland, that shows evidence of nutritionally dense foods, especially bread products, being popular at this time of year and there are dishes around the world that celebrate Easter and originated due to this.

Originating in Italy, Pascualina is a spinach, egg and ricotta pie that’s eaten around Easter which dates back to the fifteenth century and is especially popular in Argentina and Uruguay, where it was imported by Italian immigrants.

The eggs within the pie symbolise the resurrection of Jesus Christ, and as it doesn’t contain meat, it’s often prepared during the Lent period ready for Easter celebrations. Like Simnel Cake, the pie itself is nutrient-dense and it makes the most of the ingredients people will have on hand at this time of year.

Okay, I know this is another food we eat in the UK, but hot cross buns follow this same pattern. The buns are made without dairy products (so can be produced during the Lent period) and are eaten on Good Friday.

You likely know that their iconic cross design is to represent the crucifixion of Jesus, but did you know the spices used to flavour them signify those used to embalm him at his burial and the orange peel that’s common in many recipes is a reflection of the bitterness of his time on the cross?

Easter bread is something that’s popular in many countries, with them all having their own takes on the festive loaf. In America, the bread is a sweet dough and contains coloured eggs for decoration. In Eastern Europe, it’s a paska, which is a rich bread served with symbols including crosses and flowers. Inside, a paska traditionally has a swirl of yellow and white, with the yellow representing Jesus and the white the Holy Spirit. Wherever you are in the world, Easter bread recipes are nutritionally dense, partly due to their high egg content.

Easter reminds Christians around the world, that hope is found in Jesus.
My prayers are for hope to manifest itself in the love, care and compassion we show to others – especially vulnerable children like Pedro and Teresa.
And a prayer for you:

May the risen Christ fill your heart with joy, bring you hope, and bless you with peace this Easter.

Hear more about our work to protect vulnerable children 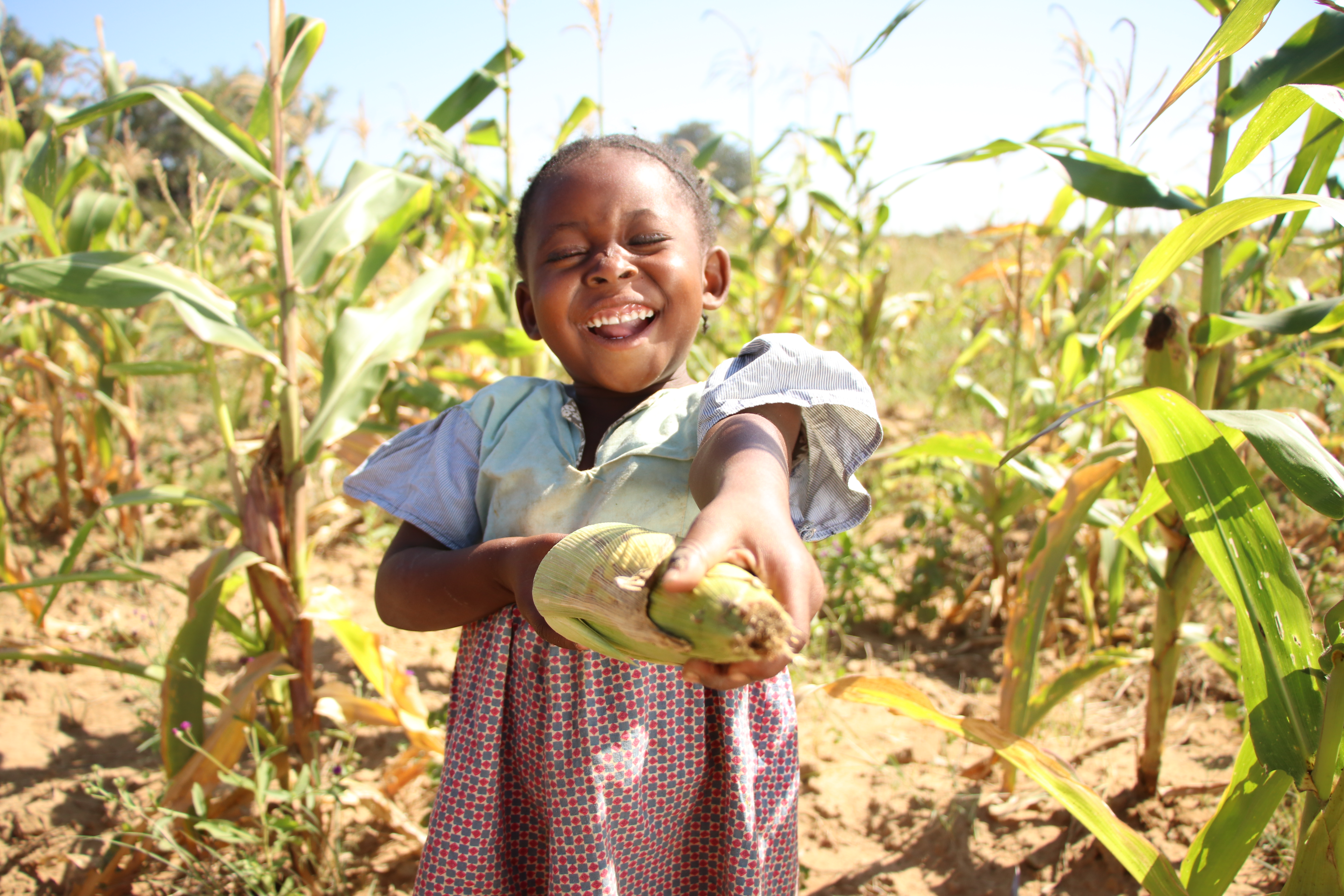 Faith in development case studies from 2019. 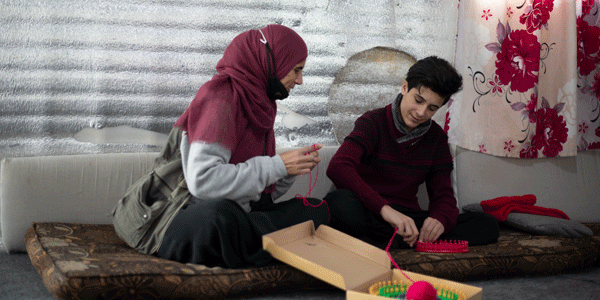 Pray for children this Easter

Together Amen Easter prayer update. What the Easter story reminds us about His ways. 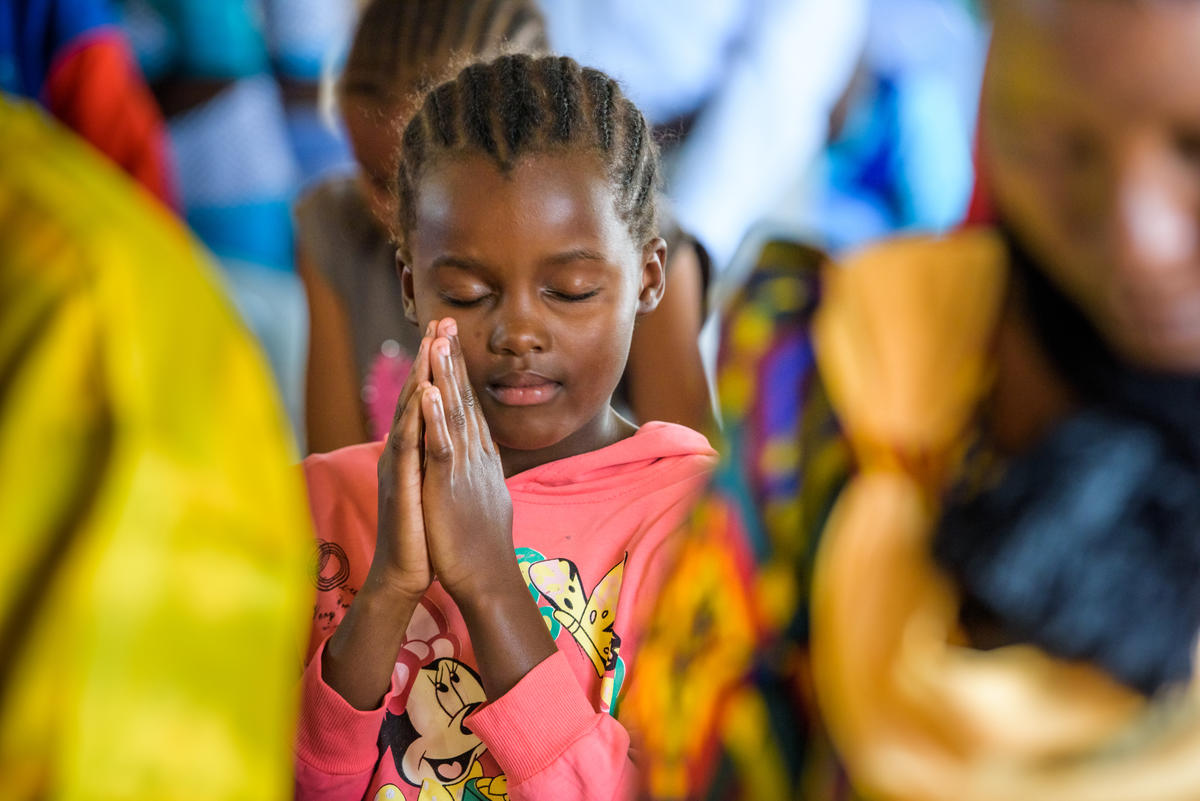 Sharing our favourite Bible verses about the power of prayer 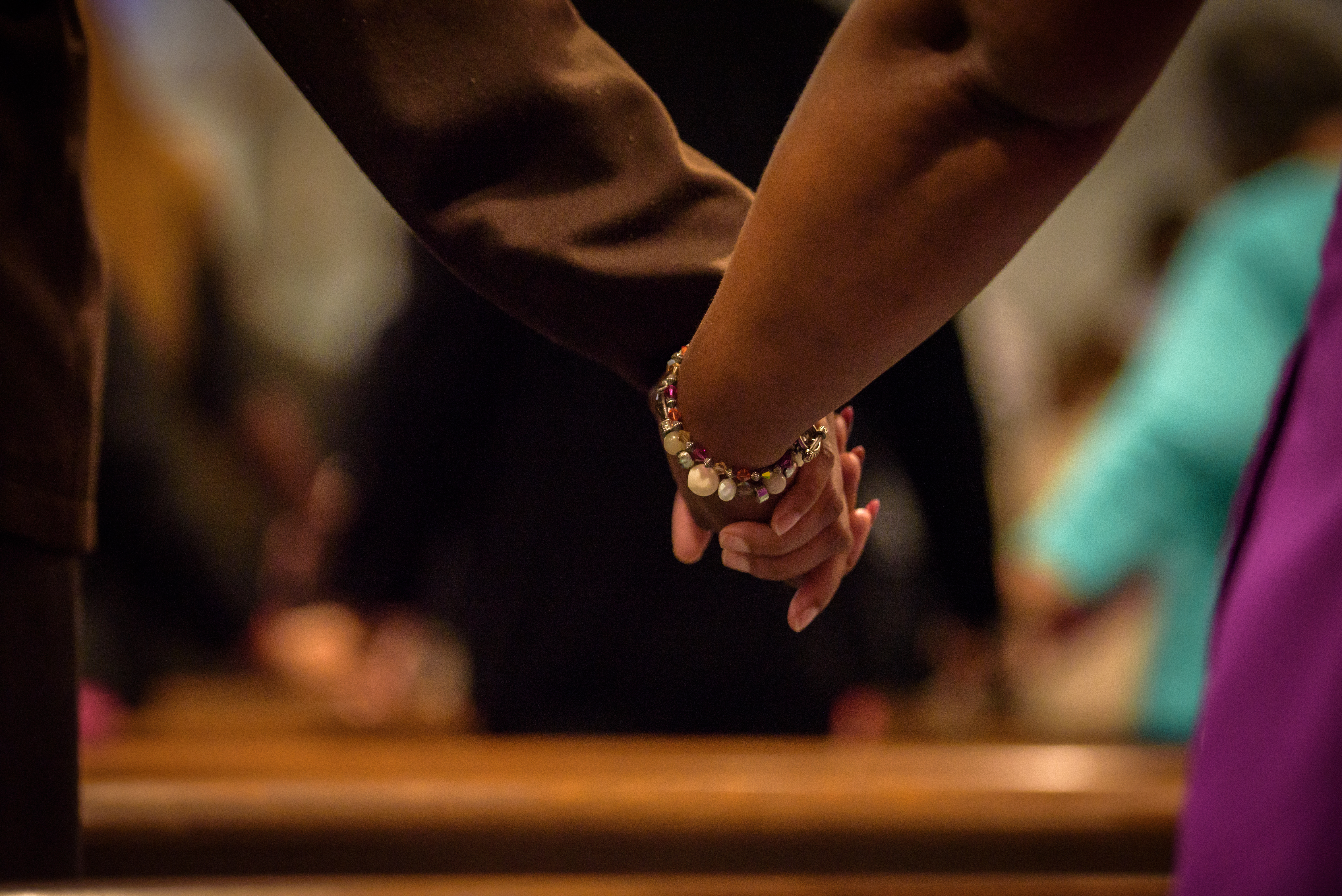 How our faith impacts our work

Learn how faith supports our work to transform children's lives.