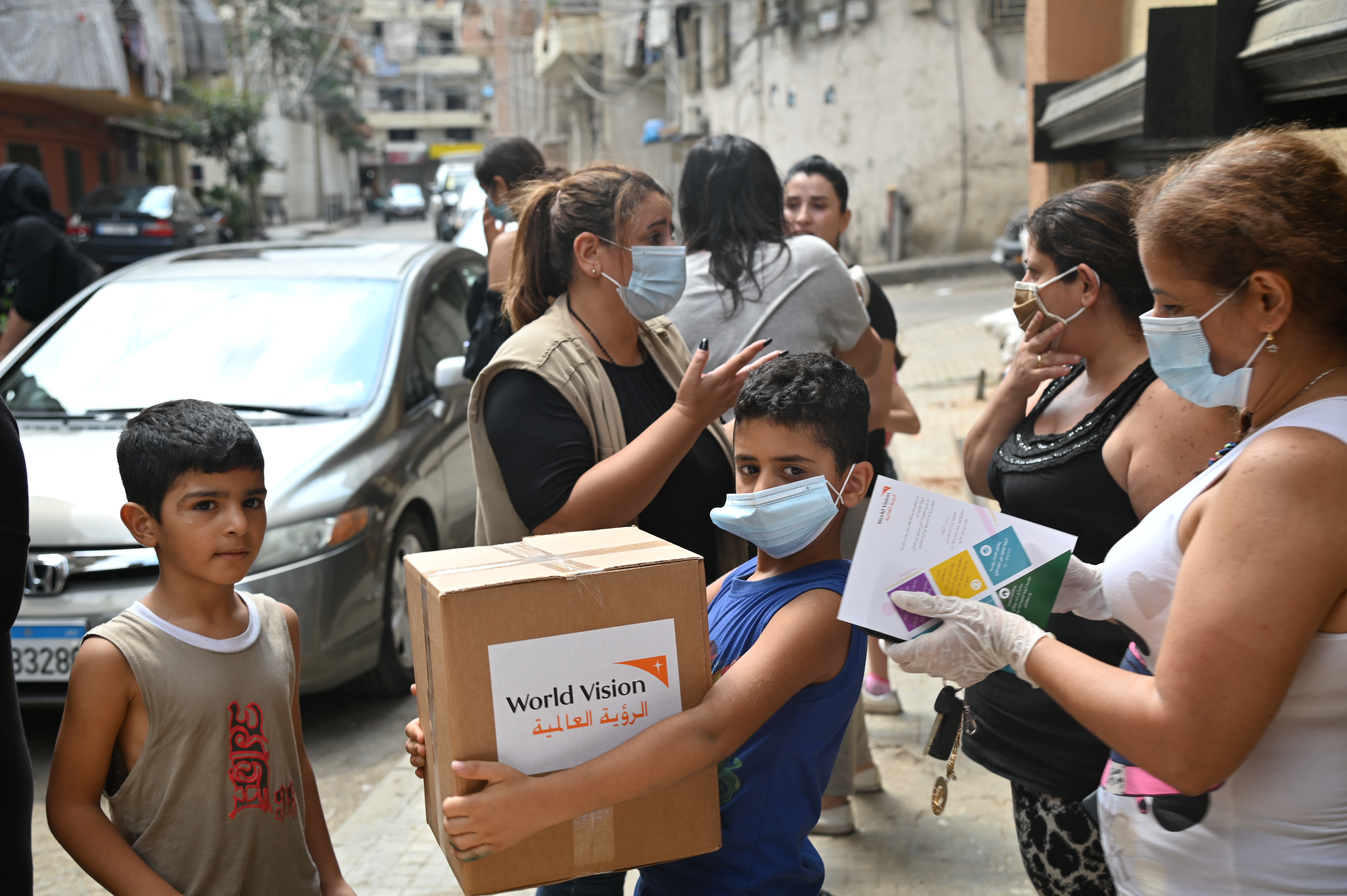 In recent months, Lebanon has been struggling in an economic crisis, coping with almost 1.5 million refugees from neighbouring countries and dealing with the global coronavirus pandemic.

Then on 4 August 2020, an explosion shattered its capital city, Beirut, leaving an estimated 300,000 people homeless. More than 100 people have died, with at least 5,000 injured, while many more have been left in shock and wondering about their futures, and the futures of their children.

Sirine, 12, is a sponsored child with World Vision who lives in Beirut. She compared the incident to war and living in war zones.

“What happened was worse than war. I was walking on the street with my parents when we heard a big explosion. We started looking around to check if everyone’s fine and we saw an older man passed out and covered with glass,” she recalls.

“Actually, everyone was on the floor, and glass was everywhere. All the stores around us were shattered. We tried to help as many people as we can.”

At the time, Sirine thought the damage was on the streets and that the explosion had only affected those who were outside. “When we went home, we saw that our house was destroyed and that my sister injured herself with shattered glass.”

11-year-old Tia was napping at home when the sound of the blast woke her up.

“I heard my neighbours screaming and crying. I did not understand what was going on. I went barefoot outside to see everyone shouting,” says the sponsored child

“I went back inside to wear my shoes. No one was able to explain what was going on.” In the immediate aftermath, everyone was in a state of confusion; her family, friends, even their neighbours.

“When I reached my friends, we hugged each other. We were all crying, and we did not understand what was going on or what will happen.”

Marwa, 12: “Everything reminded me of the war back in Syria”

Beirut’s suburbs are a haven for hundreds of refugee families, who have fled the war in Syria. Marwa, 12, never imagined that the memories and noises of war would follow her to Lebanon.

“During those first minutes, we lived in fear and panic. We were afraid we did not know what we had to do.

“Everything reminded me of the war back in Syria.

Dina, 5: “Yesterday was a terrifying day”

Dina, five, never knew the war back in her home country, but nonetheless, the powerful explosion brought her to tears.

“I was playing with my friend outside, when suddenly we heard a voice. We did not understand what it was. Our parents grabbed us and took us inside, they were afraid that something might happen to us or we get hit by a bomb.

“I was crying because I was afraid. Yesterday was a terrifying day.”

How can we help?

The explosion happened in Beirut’s port, apparently after a fire in a warehouse ignited ammonium nitrate being stored there. However, the area affected by the explosion is much wider. It includes two World Vision long-term programme areas, home to 561 children who are registered in our child sponsorship programme. Our teams are visiting the areas to check that children and their families are safe.

Many children, like those we spoke to, will need help to overcome the trauma they’ve been through.

We’re assessing the most urgent needs for families too, with food, shelter and hygiene kits already standing out as priorities.

Help us get the most important resources, quickly, to the people who need them.