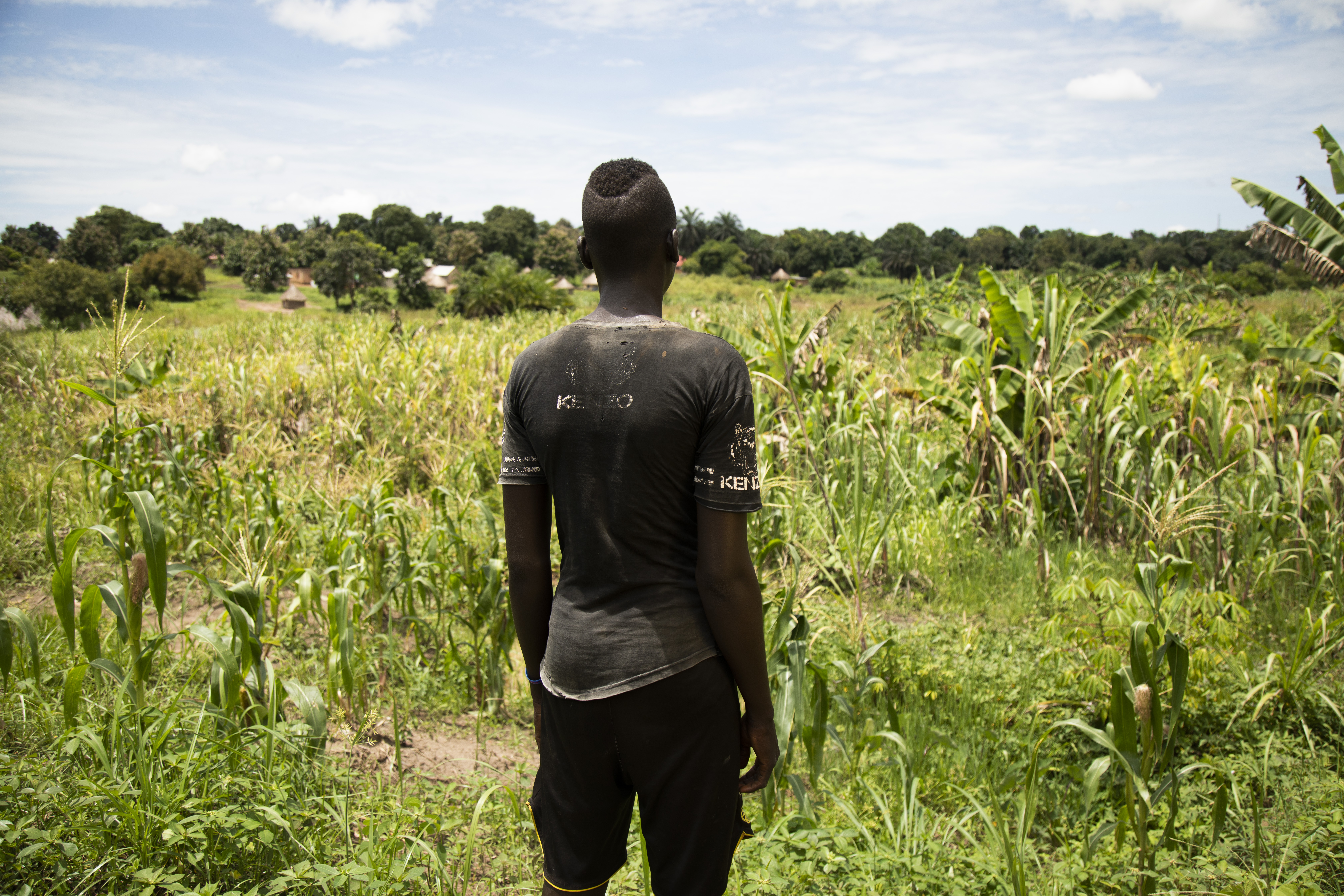 What children and young people in the UK think

The It Takes A World campaign in the UK focuses on campaigning to end violence against children in humanitarian contexts, and its launch highlights the issue of children in armed groups.

To support the It Takes A World campaign launch, World Vision UK has partnered with children around the world to create a research report, entitled “Their Fight, Our Future". We chose this name because around 250 million children and young people live in countries affected by armed conflicts: conflicts they did not create, conflicts in which they have no say, conflicts which are destroying their childhoods.

Today - the day before the 29th Anniversary of the UN Convention on the Right of the Child - young people from the UK who were involved in the report will meet MPs. They will explain why it is important for them to promote the voices of those children who have been involved in armed forces and groups, and urge them to help put an end to violence against children in emergencies.

We want to give young people who are not directly affected by armed conflict a space to express themselves and stand with their peers, for the rights of the most disadvantaged children such as child soldiers. We also want to give a platform to former child soldiers to share their thoughts. As mentioned by Kabila, aged 13, from the Central African Republic: "Former child soldiers are the best solution to sensitise other children to not join any more or not to be enlisted by the armed groups.

I went to North Uganda (West Nile Response) to conduct a focus group discussion with the peace club there and was inspired by Mamawi, 15, when he said: “Children are forced to join armed groups. Is it for me to put more effort or is it community leaders, is it political leaders? We have to join hands. So these children will be rescued from the army. They will become powerful future leaders in their community. Dear leaders, we have to work hard so children will not face more problems.”

I also met young people from Bangladesh and Ethiopia from the young leader programme, who said that reading Mary’s story from DRC brought them sadness as well as hope. Foysel, 15, from Bangladesh, said: “It’s a sad story, but I am inspired by Marie’s story because she escaped from the militia, and she wants to protect the next generation. I am not a victim like Marie, but I believe a world without violence against children is possible.”

Young people in the UK were also shocked while reading the stories. Asini, 19, said: “It made me sad that these were things that are completely unknown by the majority of individuals in the world who as a result are unable to help to prevent it from happening.”

Mr. Michel Forst, the UN Special Rapporteur on the Situation of Human Rights Defenders in Geneva, gave his support to this initiative by writing the foreword of the report. He reinforces that anyone who acts at any moment, for any human right is a human rights defender. With this report, he said that together we are creating a global movement for children and young people as human rights defenders.

As a result of the discussions, young people created three distinct calls for action for the UK government:

Click here to read the Their Fight, Our Future report.