Putting an end to child soldiers

Children are being exploited

Tens of thousands of girls and boys are currently used as child soldiers by armed groups around the world - as spies, messengers, in armed combat, or as ‘wives’ of fighters. While the physical effects of being a child soldier are varied, the main damage to children is often psychological. The horrors of armed conflict leave long-lasting psychological effects such as post-traumatic stress disorder (PTSD) and severe personality changes, particularly when children have also been given drugs.

World Vision works to prevent children from being recruited into armed groups by strengthening child protection systems, promoting peacebuilding and increasing access to education and work opportunities for entire communities. With your support, we work with governments, civil society groups, other NGOs and community-based organisations, using our expertise and experience to better protect children. For example, our faith helps us build connections with local faith leaders, and the church is often cited as a key resource for discouraging children from joining the armed forces and armed groups.

We take a holistic approach to preventing recruitment, addressing the root causes of violence against children. We strengthen the protective environment and build children’s capacity to protect themselves against the lure of child soldier recruiters. We also support those who have previously been recruited to recover and try to reintegrate into society. 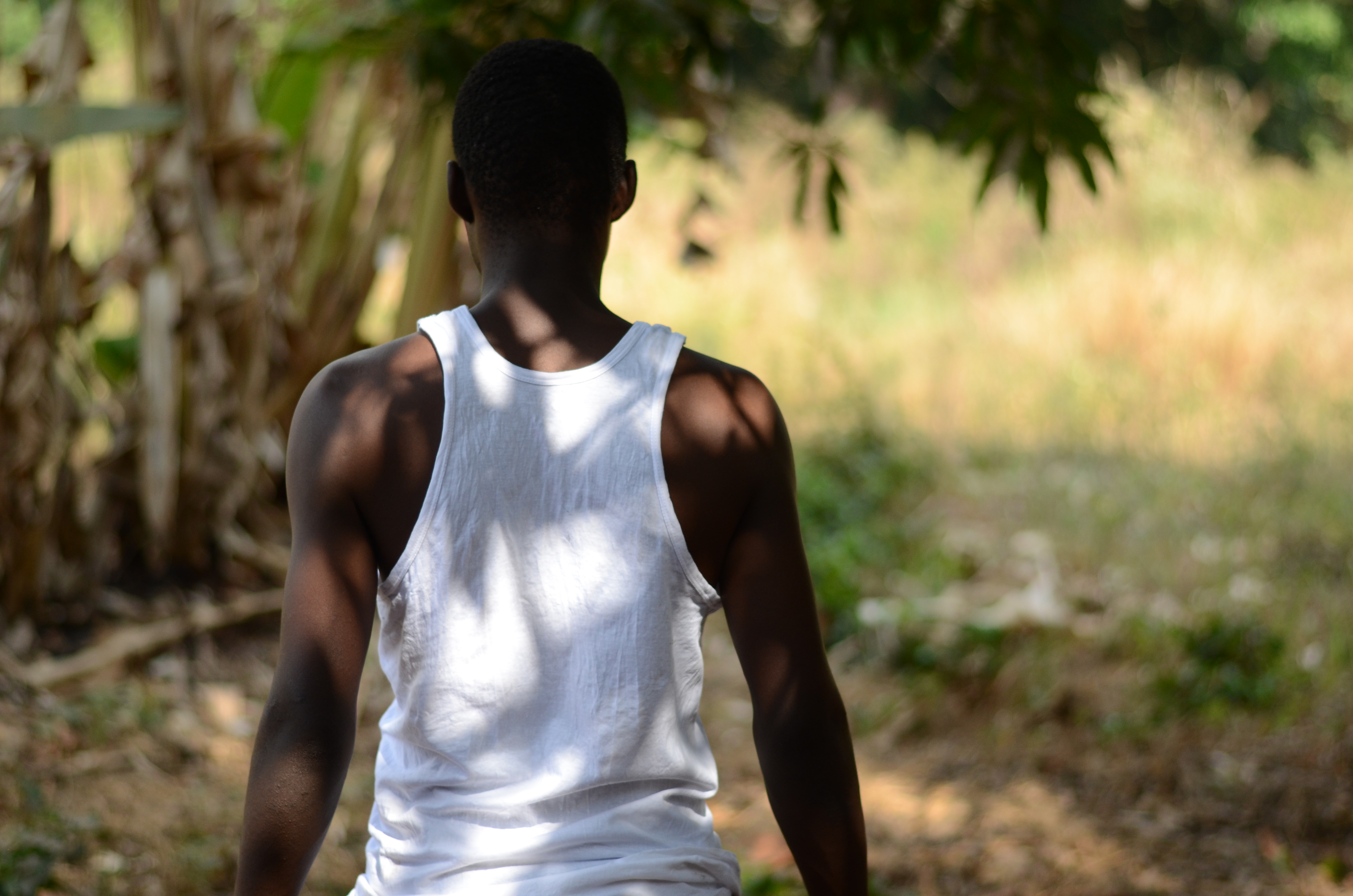 We educate and empower girls and boys to know their rights and become powerful agents of change. We use these classes to promote peace and social cohesion and helping to improve coping skills. Yuda, pictured, whose real name has not been used, was not lucky enough to stay safe from armed groups, but World Vision is now providing him with counselling. We provide support, financial assistance and training to families and caregivers to strengthen their ability to protect and care for children. We do this by growing family support networks where needed, and getting economic and social assistance for people who need support, so the lure of gains from armed groups is lesser. Addressing the root causes of violence

We partner with communities to address causes of violence - working with leaders to tackle economic equality, inadequate social protection systems and intergenerational violence and conflict, so that children aren't drawn into armies and armed groups. 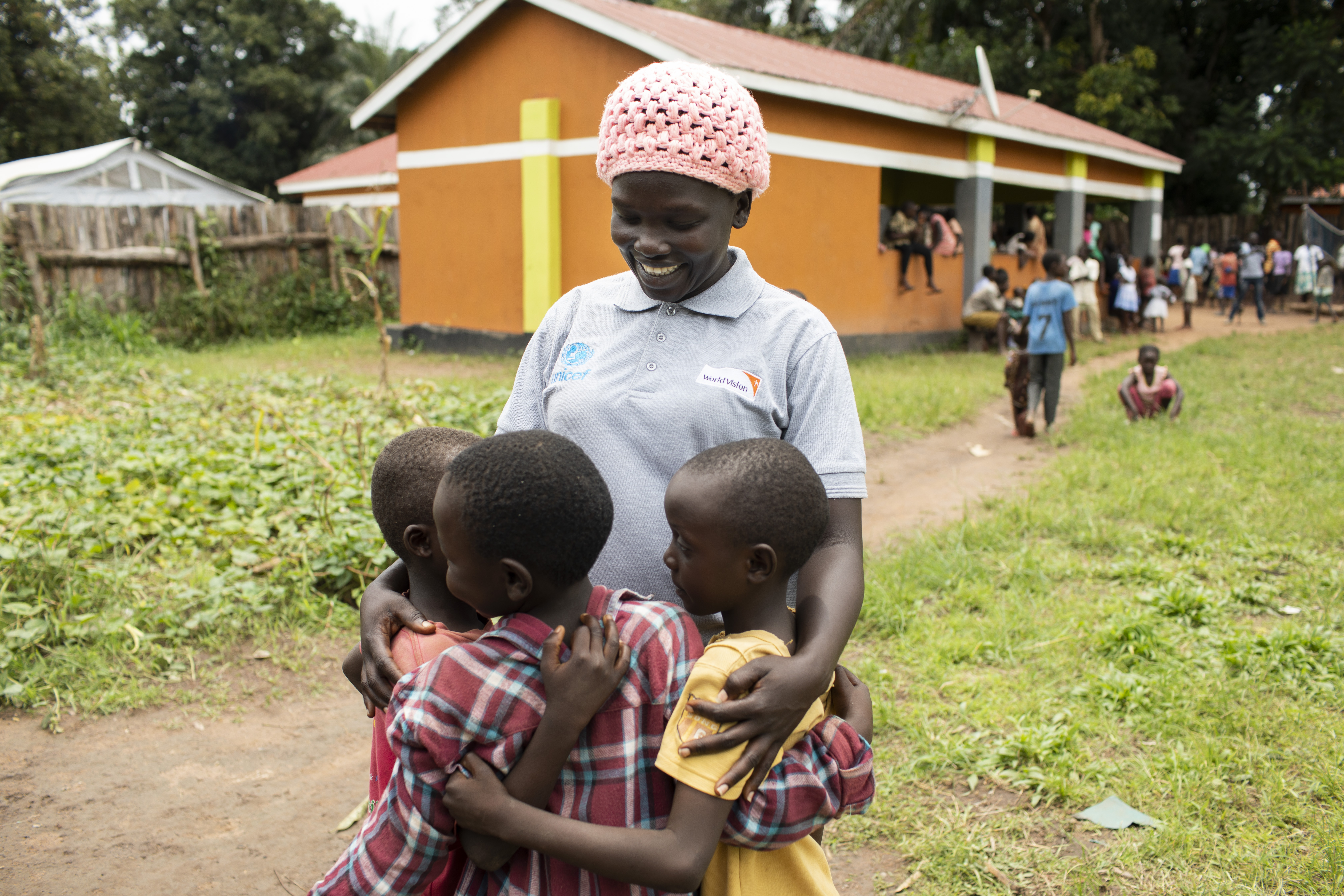 World Vision social worker Laura Poni plays with children at a child friendly space in South Sudan where World Vision, in partnership with UNICEF and the Ministry of Education, is leading on the reunification, recovery and reintegration of over 600 children. We have two care centres for unaccompanied or separated children. We also provide counselling and psychosocial support for child survivors of sexual violence, and also at our Child Friendly Spaces. Elisha, 11, works on puzzles in one of four Child Friendly Spaces established in Democratic Republic of Congo by World Vision and German humanitarian fund ADH, to reach over 5,000 children affected by conflict. Children were heavily recruited and those who avoided militia recruitment like Elisha have still been traumatised by death and displacement, but these spaces help them be children again. 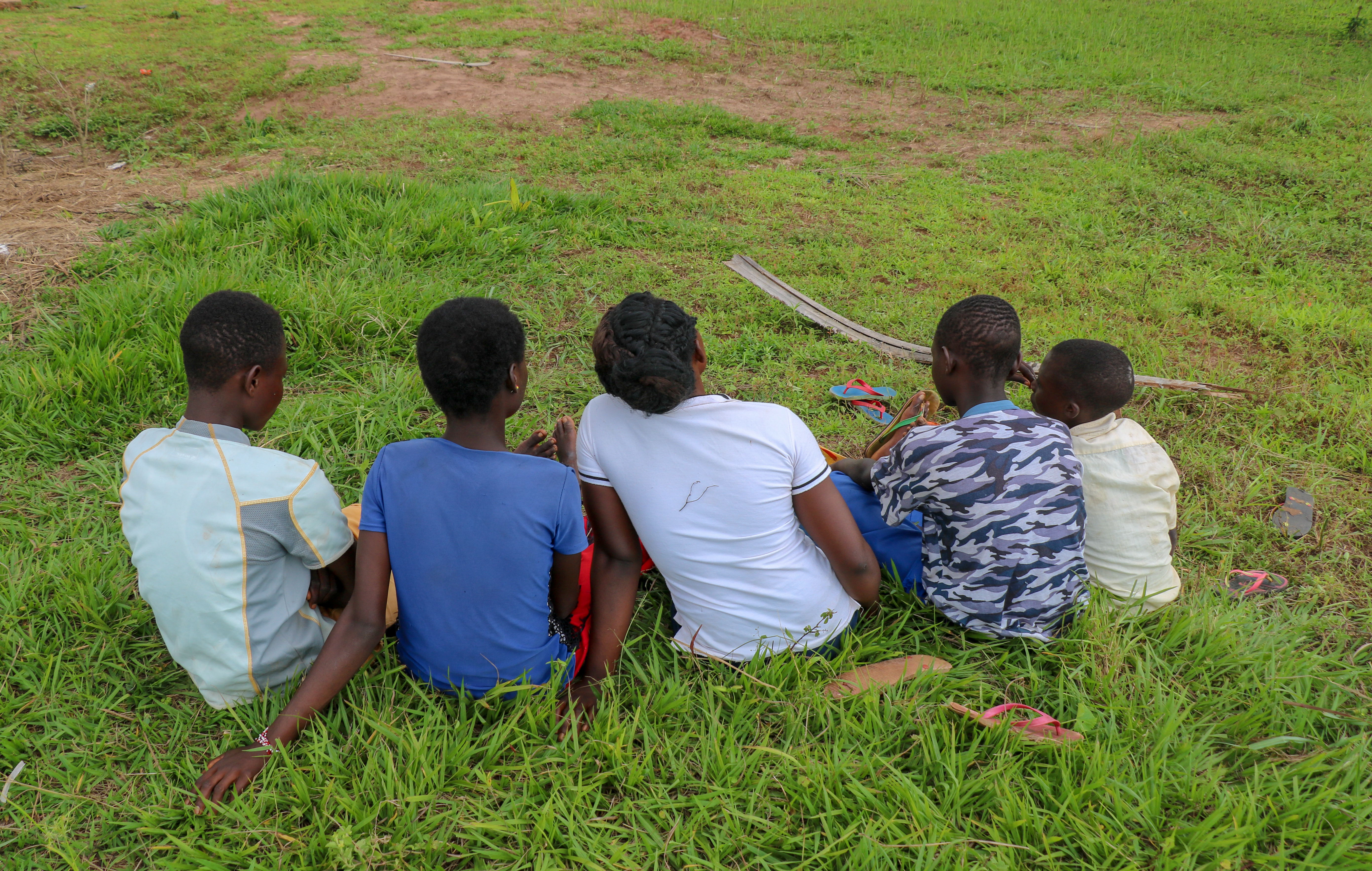 The Children as Peacebuilders project in the Central African Republic has worked with over 5,000 vulnerable children, including those formerly associated with armed groups, to campaign against child recruitment, increase access to education and livelihood help, and promote peace for conflict-affected children. NB - The children pictured are being supported by a programme in Democratic Republic of Congo, not Central African Republic. By helping to build bridges

Through the project, children’s peace clubs have been established, bringing together Christian and Muslim children to learn about conflict resolution, forgiveness, non-violent expression and civic participation. Conflict-affected children are also provided support in accessing formal and informal educational opportunities, and former child soldiers have been reintegrated into their communities. NB - The children pictured are being supported by a programme in Democratic Republic of Congo, not Central African Republic.

The scale of the problem

Many people only associate child soldier recruitment and atrocities with Africa, due to incidents like the terrible Boko Haram kidnapping in 2014. However there are thousands of children in armed conflict in countries around the world, and millions more in danger from suicide bombers, conflict and disasters.

live in countries and communities blighted by conflict, disaster and epidemics

Around 250 million of them

Only 2.5% of humanitarian aid

from the UK Government is spent on ending violence against children

Child soldier stories like James' are harrowing. Help us put a stop to child soldier recruitment, and keep children safe and protected.

Together we can end the practice of child soldiers 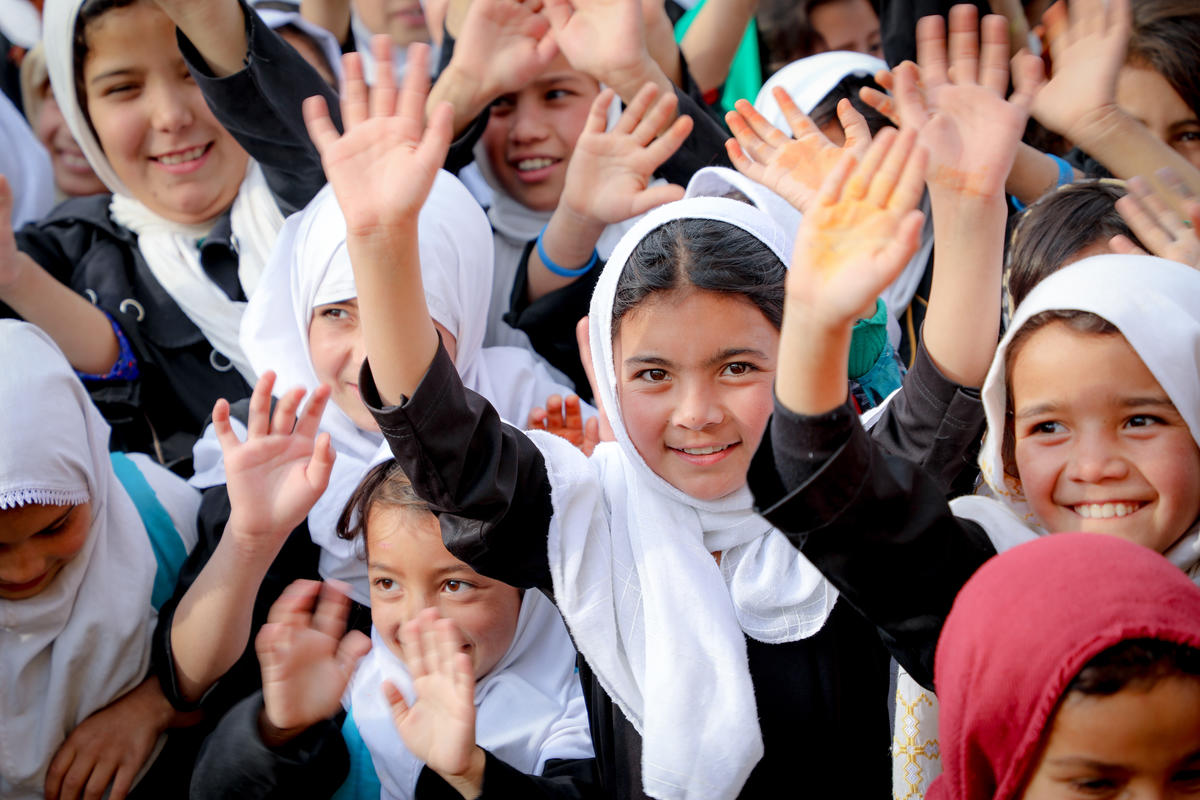 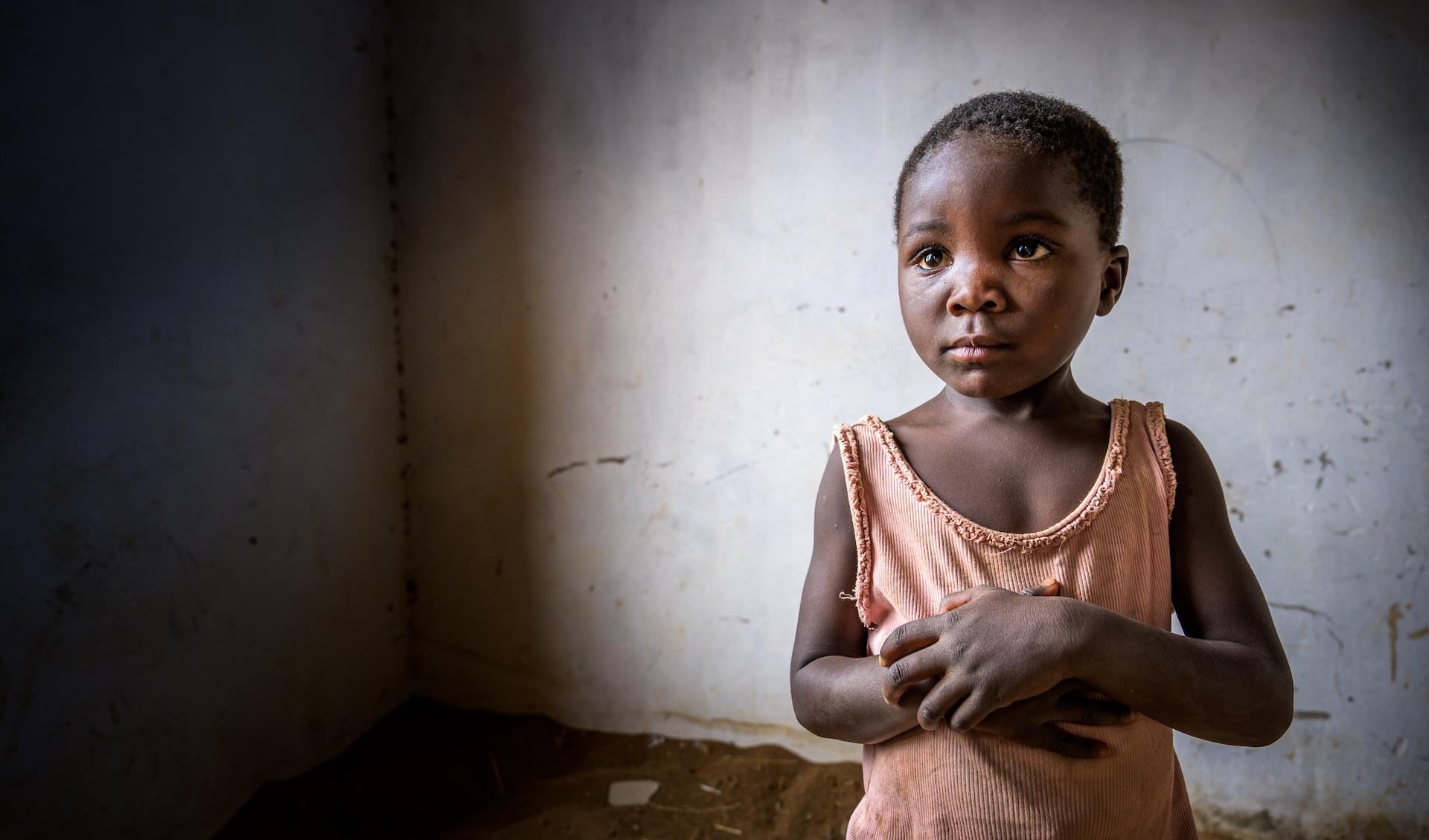 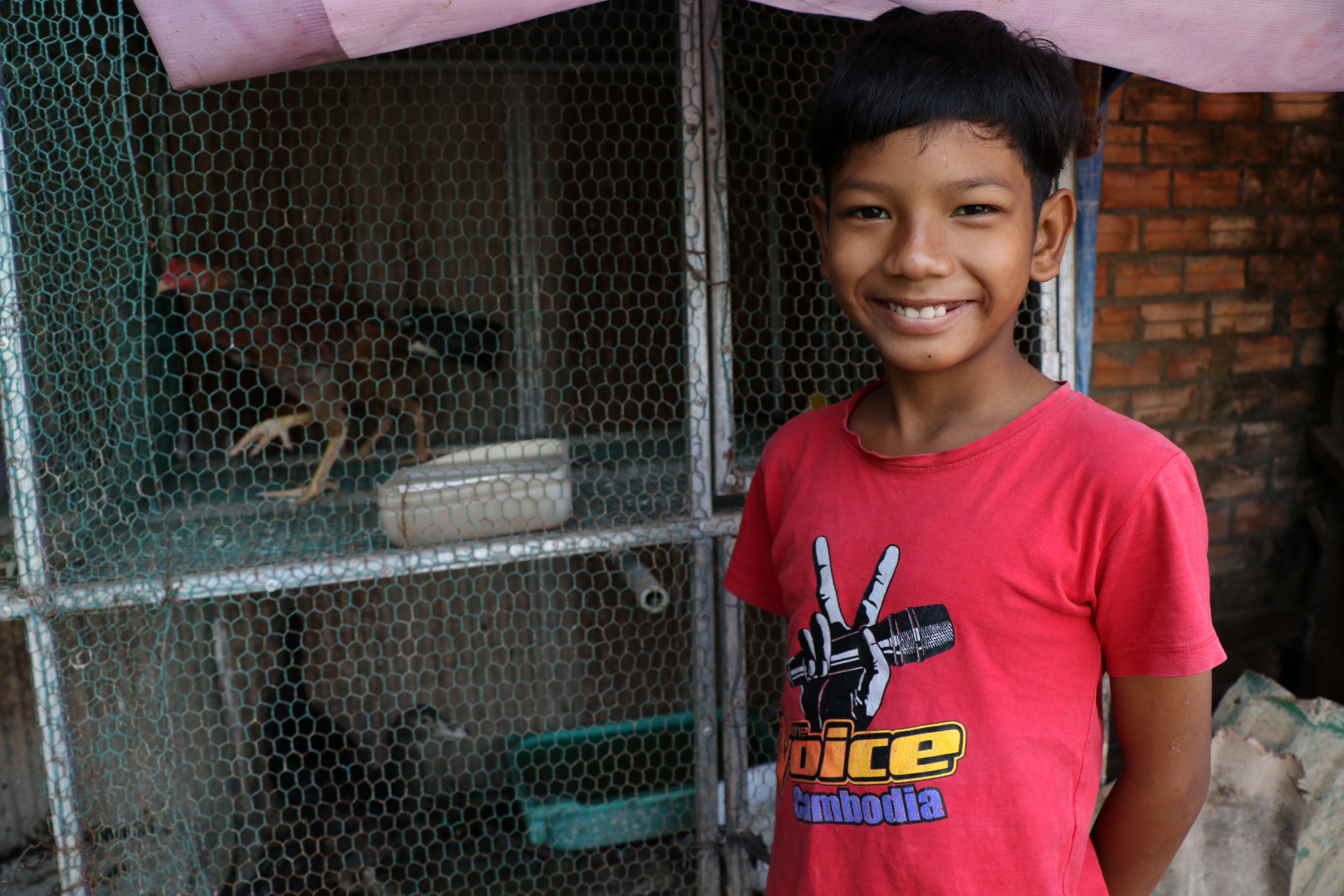 Find out how to sponsor a vulnerable boy.

More about our work