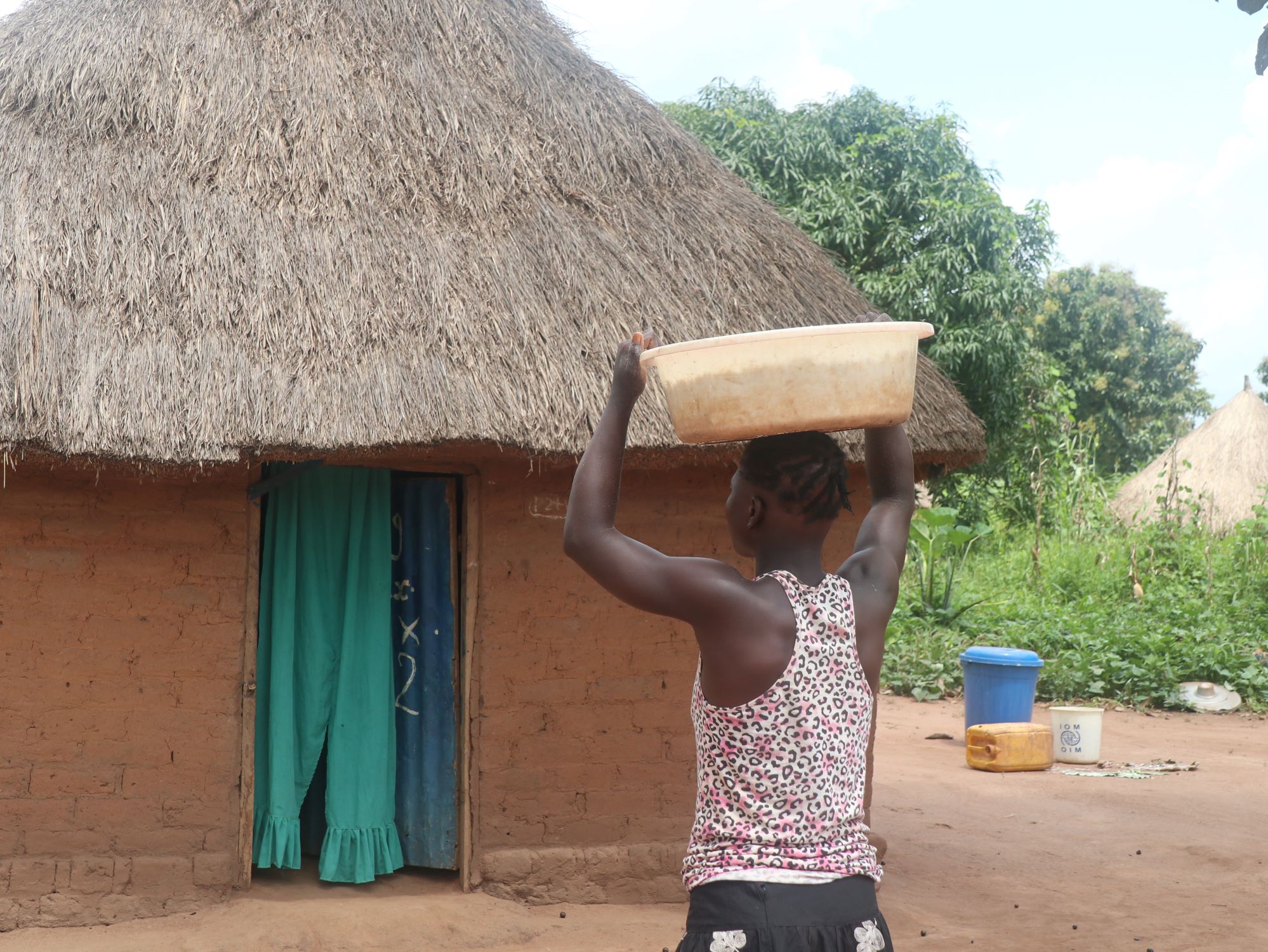 According to UNICEF, thousands of boys and girls are used as soldiers, spies and more in armed conflicts around the world. Between 2005 and 2020, more than 93,000 children were known to have been recruited - although the actual number is believed to be much higher.

UNICEF says that children become part of an armed force or group for various reasons - some are abducted, threatened, coerced or manipulated. “Others are driven by poverty, compelled to generate income for their families. Still others associate themselves for survival or to protect their communities. No matter their involvement, the recruitment and use of children by armed forces is a grave violation of child rights and international humanitarian law…

“Children experience unconscionable forms of violence. They may be required to participate in harrowing training or initiation ceremonies, to undergo hazardous labour or to engage in combat – with great risk of death, chronic injury and disability. They may also witness, suffer or be forced to take part in torture and killings. Girls, especially, can be subjected to gender-based violence.”

That’s the big picture. Drill down to one country, South Sudan, and there are 19,000 children still involved in armed groups, according to a World Vision South Sudan report.

Grace (not her real name) was one such child. Thankfully, she isn’t any more.

Life changed in an instant

She was 17 when, just after midnight on a June evening in 2015, her life changed in an instant.

She remembers, “A group of about 15 armed men stormed our compound, banged on the doors and demanded that my stepfather open up or they will shoot everyone.”

That was the start of the nightmare.

Things got worse. “In less than a few minutes, we were outside and on the ground. I was the eldest among the children. The men sprayed bullets in the air and [told] my stepfather and me to move, threatening to kill anyone who tried to escape or resist.”

Grace said they walked for almost four hours with no idea where they were going. She adds, “Our lives were obviously in God’s mercy. Being led by drunk and armed people was a horrifying experience. Fortunately, some people, including my stepfather, managed to escape.

I got trained to shoot people without thinking twice - Grace

“We walked for three days without rest and in fear that other armed groups would attack us, until we reached a place called Suwe. We spent three months being forced to attack and rob innocent people of their food and belongings.

“In no time, from a young girl who was once afraid of guns, I got trained to hold one, and shoot people without thinking twice for self-defence,” she sadly confides.

Some 'magic rituals' were performed on them with the belief that it would protect them from bullets.

“My first terrifying experience was watching over a dead body for three days, waiting on the people coming to take it.”

After over a year living in the bush, in December 2016, Grace and three others managed to escape. “That day was long-awaited for me, as four of us, out of 20 people sent on a mission, decided to take the risk. I got home after two days of running. The whole neighbourhood burst into tears because they thought I died.”

In 2017, the South Sudan Government signed a peace deal with various armed groups in Western Equatoria State. The National Disarmament, Demobilisation and Reintegration programme and UNICEF registered children abducted during the conflict and the reintegration process to communities was initiated.

Grace had lived in hiding for a year, afraid of being killed if abducted again. “When I heard the news of registration on the radio, my uncle rushed to register me. This gave me the courage to come out of hiding,” she says.

Clothes, non-food items, and dignity kits were provided for the girls in the Child Transit Centre, managed by World Vision and the State Ministry of Gender, Child and Social Welfare.

The children were able to start healing with psychosocial support and hospital referrals, where needed. Social workers were even able to start tracing their families, with the hope of reuniting them.

Ongoing, World Vision is also seeking to understand the gendered differences between the roles of girls and boys recruited in the armed groups, in order to better respond to their specific needs.

I would wake up screaming - Grace

Grace says, “Conflict is one of the major reasons of recruitment of children by the armed groups. This practice endangers their future. I witnessed how my fellow children lost their lives.”

Grace’s trauma did not conveniently end even after the support started. Her nightmares began, tormenting her into sleepless nights. “I can see people crying and begging for their lives as some dead people attacking me. I would wake up in the middle of the night screaming. While people told me it was just my imagination, it felt real to me,” Grace states.

Initially, Grace resisted the social worker’s guidance and advice. “I refused to talk and listen to him but I later realised that he was trying to help. His efforts helped me regain my sanity. Slowly, the nightmares stopped. I was then enrolled in tailoring training.”

Grace is among 752 children supported in World Vision’s previous Children Associated with Armed Forces and Groups Project, funded by UNICEF. She, along with other children in the training, were provided start-up kits upon graduation from the vocational school.

“[Now] I am stronger and have recovered. I am happily married with two lovely children. My husband operates a motorbike to earn income and supports my tailoring business,” she says.

Thanks to the generosity of World Vision supporters, as well as institutional donors, more children, like Grace, will be helped through similar projects.

With support from Germany’s Federal Ministry for Economic Cooperation and Development, World Vision will support 2,000 children associated with armed forces and groups in Yambio County, through the Focusing on Children with Unmet Child Protection Needs in South Sudan (FOCUS) Project.

The project will also reach out to 18,000 people campaigning on children’s rights, and child protection issues, which will include prevention of recruitment.

“I am forever grateful”

“I am forever grateful to World Vision and other partners who supported us through that tough journey of recovery,” Grace adds.

Denis Bambura, World Vision’s FOCUS Project Manager, says, “Supporting the children who went through such a difficult experience is an important step that World Vision and partners must do urgently. They are the future of the communities and this country.

“The project will help continue the work of the previous project for former child soldiers - to ensure that hope is restored and children live meaningful lives. World Vision works with community and faith leaders, the government, and various groups to achieve its goal.” 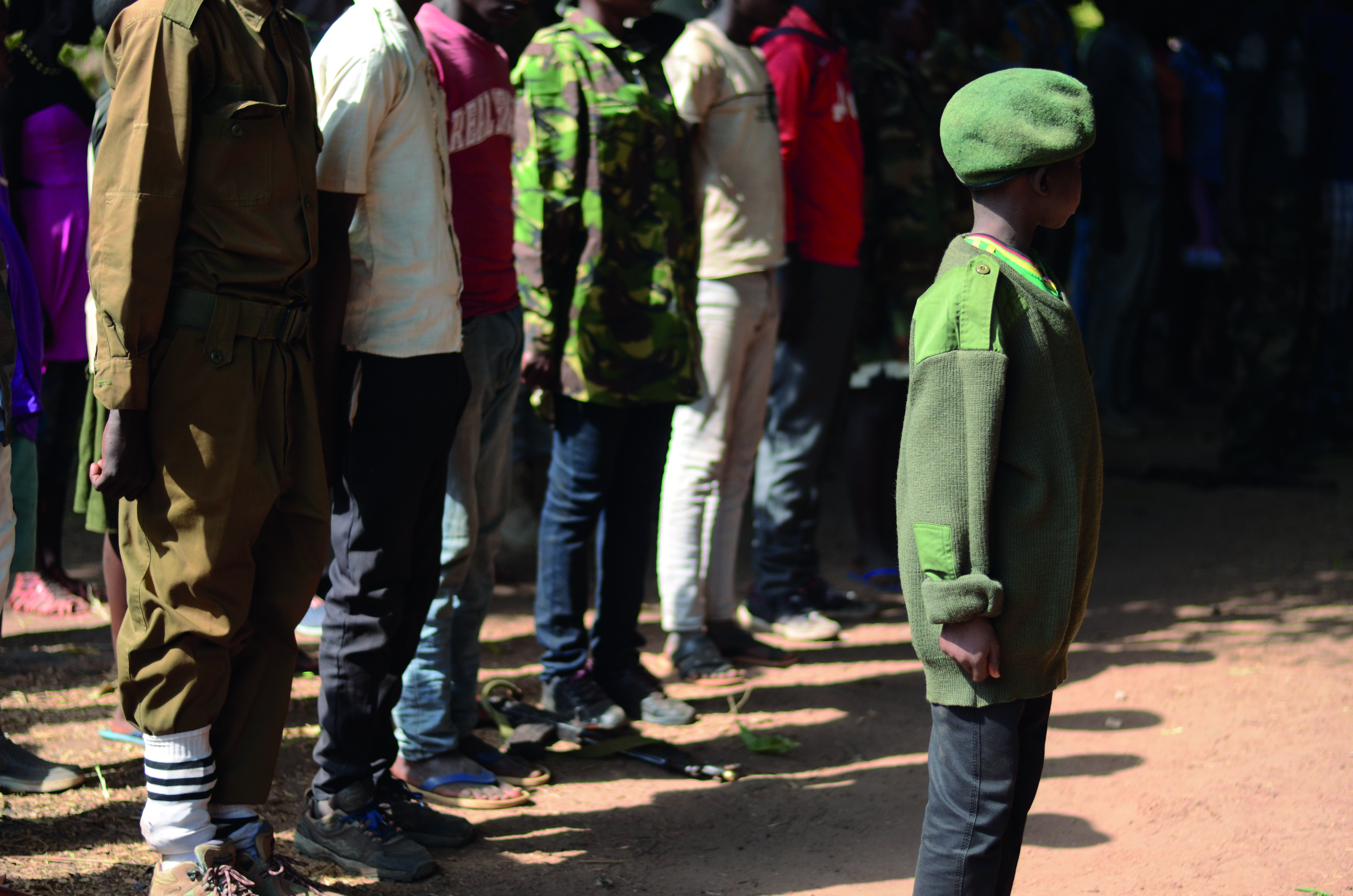 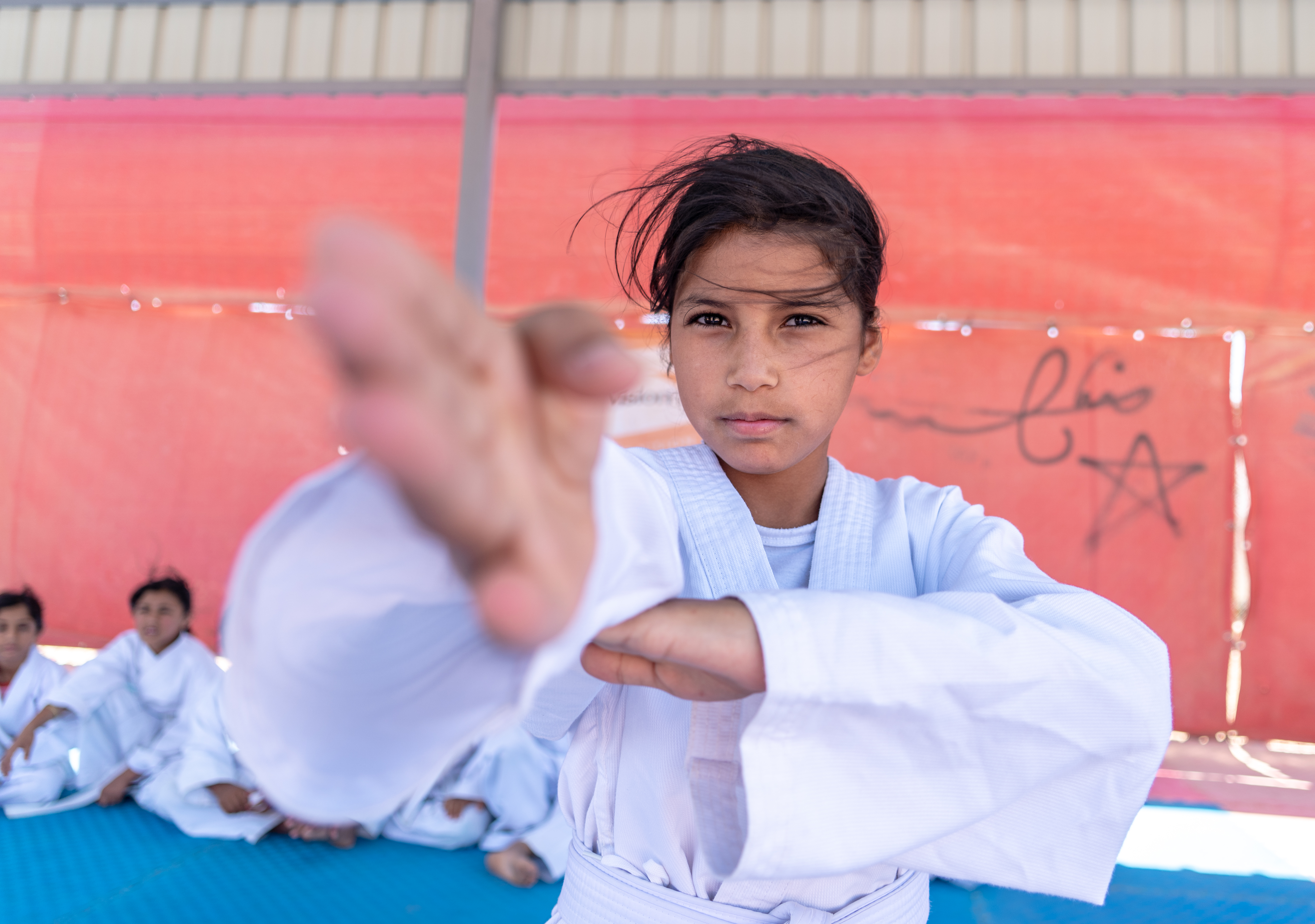 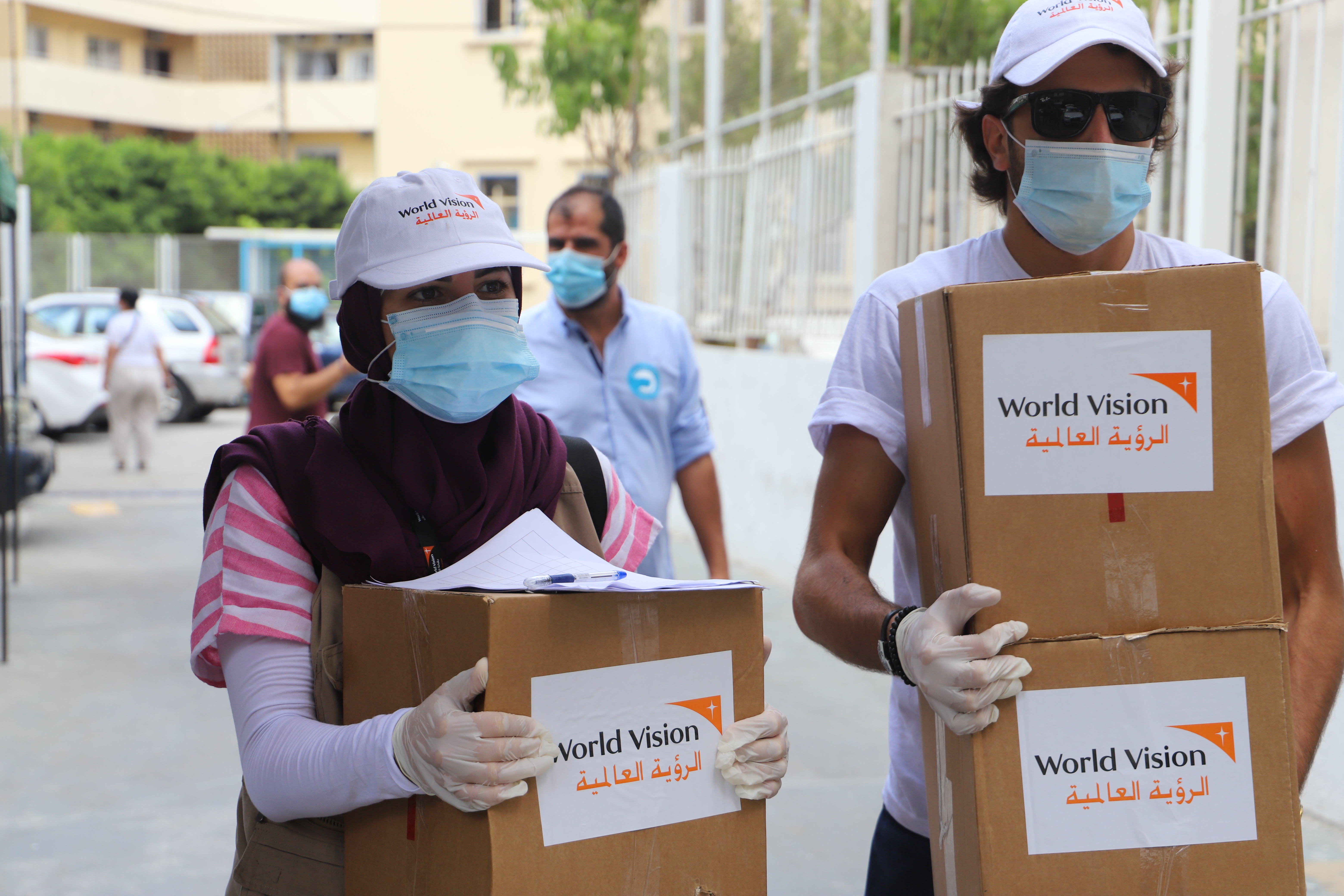 We go where others don’t, where the need is greatest. Learn about where we work and why.