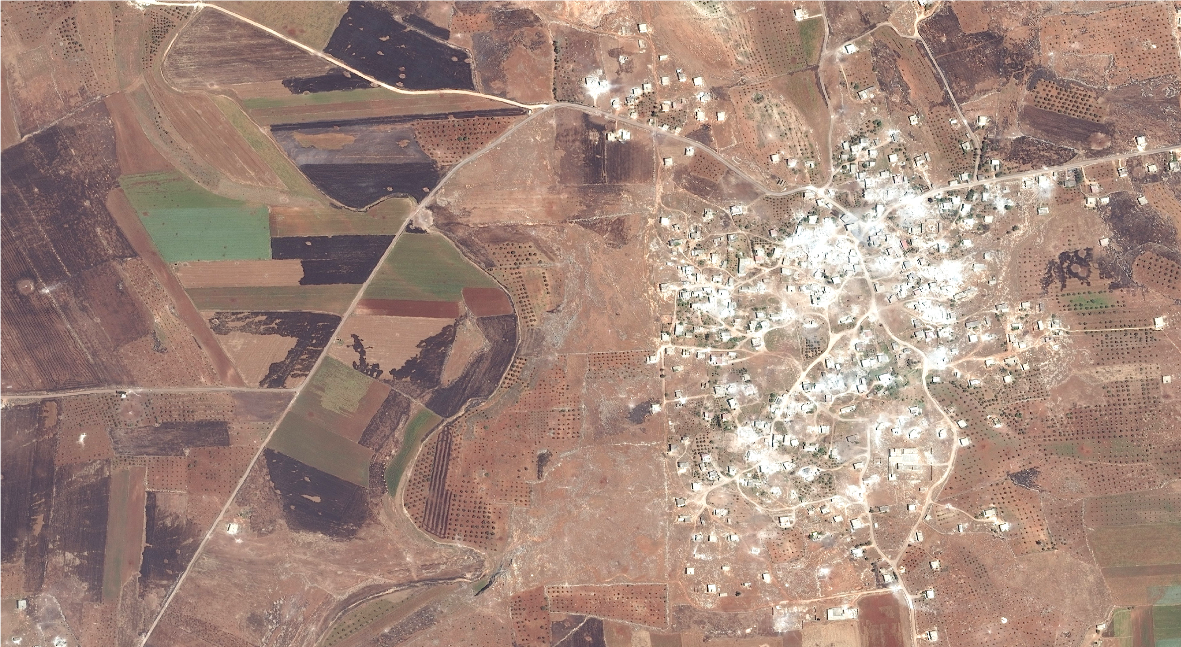 The effects of Syria's war

New analysis reveals scale of destruction and displacement in Idlib

The mass displacement and destruction of previously inhabited areas mean that the humanitarian crisis has de facto been compounded.

Conflict has forced nearly a million people - more than half of them children - to flee from 45% of Idlib governorate in North-West Syria, pushing them into inhumane living conditions in overcrowded camps for internally displaced people (those who have become refugees in their own country).

As the conflict enters its tenth year on March 15th 2020, the Harvard Humanitarian Initiative, Save the Children and World Vision are releasing new analysis today looking at the civilian and humanitarian impact of the renewed military offensive launched in April 2019. Nearly one million people have been forced to flee their homes since the start of December 2019 alone.

A series of satellite images, analysed by the Signal Program at Harvard Humanitarian Initiative, show that several areas in the South and East of Idlib governorate have been intensely damaged by the offensive. In the areas examined, the researchers estimate that nearly one-third of buildings have been significantly damaged or destroyed. With most of these areas inhabitants having fled before or during the offensive, the destruction of homes and vital civilian infrastructure will make it nearly impossible for families to return in the near future, according to the aid organisations.

Another set of images show two displacement camps in North Idlib that have more than doubled in area since 2017. The informal and formal camps are seen spreading over what was previously agricultural land. In both camps, population density appears to grow acutely between 2018 and 2019, with significant increases over the last year.

Othman*, 9, whose family now lives in a displacement camp, said: “We left [our home] because of the attacks, we left in a car and came here. We couldn’t find anywhere to settle in. We stayed in a mosque first, then they brought us here. All my friends are gone, there’s no one left in my town. They’ve killed everyone there.”

Stand with children in dangerous places 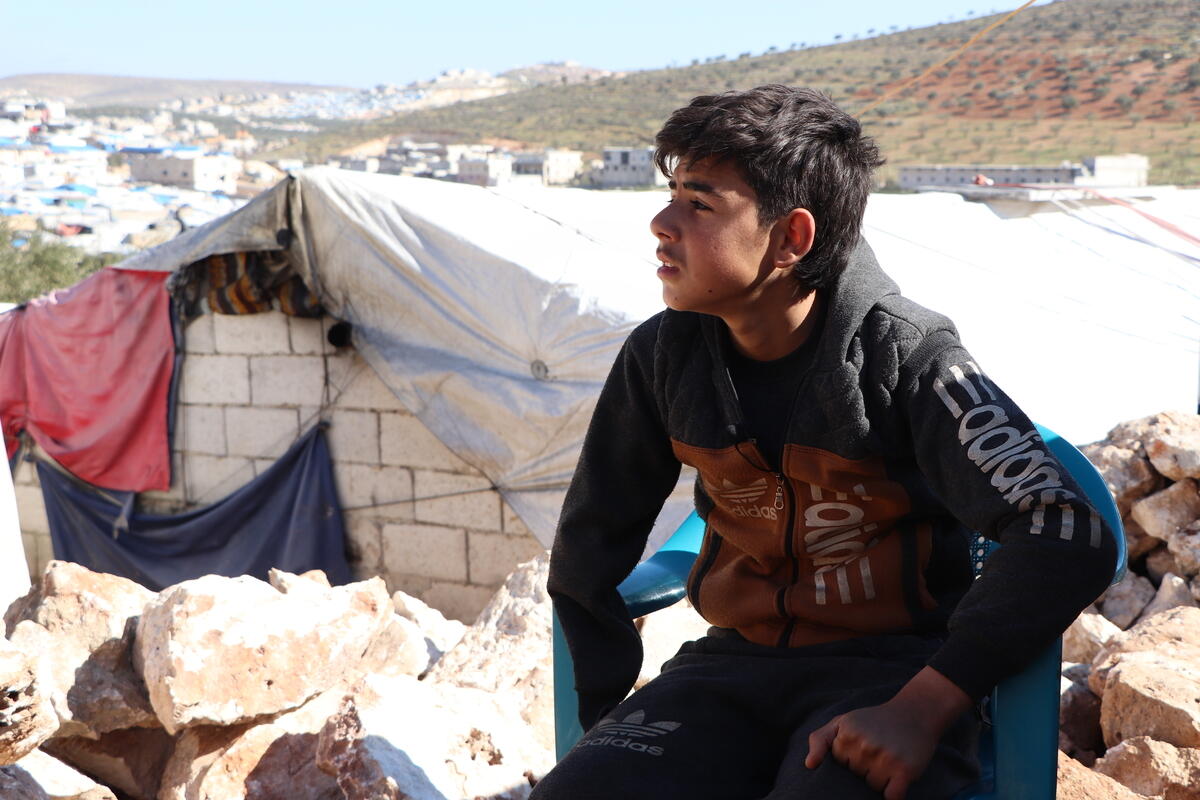 Fadi*, 15 (above), lost his arm in the airstrike that killed his father. Now the family live in a camp in north-west Syria.

“The attacks were vicious. We couldn’t take anything with us except mattresses, blankets and some of our clothes. When I lost my arm, I felt as if I were dead. Now, I carry bricks with my brother using one arm to help provide for my family.”
*not his real name.

The research comes as North-West Syria experiences the worst humanitarian crisis in the nine-year conflict. Children are the first victims of this conflict: according to the United Nations, at least 77 children were killed or injured in the North-West in the first month of 2020. On February 25th, ten schools and kindergartens were reported to have been bombed in Idlib, killing a further nine children and injuring dozens. An estimated 280,000 school-aged children in the area have had their education severely impacted.

Save the Children and World Vision are calling on all warring parties to respect international humanitarian and human rights laws. All sides need to protect schools, hospitals and other vital civilian infrastructure from attacks, and avoid the use of explosive weapons in populated areas.

Boys and girls age five or six can name every type of bomb by its sound but can barely write their name. Only a lasting ceasefire can end this misery.

Particular efforts should be given to protecting children, who are extremely vulnerable to the impact of explosive weapons. We also ask all warring parties to allow unhindered and safe access to aid workers. For the international community, this must be a watershed moment that puts renewed focus on finally securing a peaceful end to the crisis and rehabilitating Syria’s lost generation of children. The UN Security Council and states with influence must show they have the political will to do more to protect children.