Finding ritual, connection, and celebration within a hunger crisis

The joy of sharing a meal translates across countries and cultures.

When we think about making lunch or dinner for ourselves or family, often it’s quick and simple. However, for millions of people around the world, food is scarce and hard to prepare.

South Sudanese refugees are brought together and connected by the ritual of food. Yet over 200,000 refugees in Bidibidi need continued support.

Already, food rations have been cut by 30%. During the days after food distribution, most households manage to prepare three meals a day: breakfast, lunch and dinner. Within a few weeks, most families resort to a single meal a day in anticipation of shortages.

26-year-old Janet and her mother Charity, 47, wake up at 6:30am every morning to prepare the day’s meals for the family. Today, however, will be a little different and very special. The family is expecting an important visitor, Janet’s brother, who she's been separated from since the chaos began in South Sudan.

“We have to wake up early and start preparing breakfast because the firewood is so bad and it takes so long. If we wait until the children wake up, they will be so hungry,” says Charity.

Janet’s father has ensured there is provision to prepare the best meal for the day. He also leaves clear instructions to his sons to slaughter his only goat. World Vision has supported Janet’s community to establish sustainable kitchen gardens to supplement the food ration that the WFP (World Food Programme) gives them. After over 4 hours in the kitchen, breakfast is served - pumpkin and tea.

“This is the easiest and fastest breakfast to make. We grew some pumpkins in our small garden here, so, I just cut it, add some water, and salt, and put it on the fire. When it’s almost ready, we prepare the tea.” she explains. Janet goes to the market to buy firewood, spices and ingredients for the various dishes to be prepared. In the meantime, Charity washes and cooks the cowpeas.

After over an hour of cooking, the peas are ready. These are fried and mashed to make a thick sauce. The family is having Dura (mingled sorghum) for lunch.

At around 5 pm, the long-awaited visitors arrive. The visitors are offered drinks and bananas to calm their hunger as dinner gets ready.

“When we come together like this over a big meal, we feel united and the visitors feel so welcome as well” says Pastor, Isaac Badaye, who is attending dinner with the family.

Events like this, while joyous, are becoming increasingly rare. Without adequate food supplies and due to lack of employment opportunities, families are forced to ration their meals in order to survive.

In 2021, food insecurity has left millions on the brink of starvation. This World Food Day, you can help to feed vulnerable children and families.

Why not hold a food-themed fundraiser? The money you raise will help World Vision to reach more vulnerable communities with life-saving nutrition.

Need inspiration? Download your FREE recipe card including recipes from around the world.

How World Vision responds to hunger

Through World Vision’s work, a child is fed every 60 seconds.

From air drops to crocodile-infested waters, inter-communal conflicts and unpredictable weather, the work of emergency responders in South Sudan delivering food to communities that need it most is as challenging as it is rewarding.

World Vision’s Rapid Response Mechanism (RRM) Project, partnership with the WFP, brings life-saving food to internally displaced communities in the most remote regions of South Sudan. The life-saving operation, in coordination with the United Nations, requires small teams to spend 2-3 weeks in remote field locations and facilitates the transport of food via planes, helicopters or watercraft.

“I am proud to be a part of a team that is committed to reaching out to the most hurting communities suffering in extreme conditions, where few would want to go.” says Benard Nyataya, Food Assistance RRM Coordinator.

Despite the risks, Nyataya and his team find the work increasingly rewarding and fulfilling.

The RRM supports 191,131 people during the Lean Season, when communities are most at risk of disease and starvation. Of the RRM’s beneficiaries, 35,676 are children. Helping thousands of vulnerable people survive and thrive is an incredible testament to the difference that the actions of determined people can make.

We strive for sustainability. When our direct intervention comes to an end, families and individuals are equipped with locally available resources, technology, materials and leadership.

No child should go hungry. By donating to World Vision, you can help our teams to support and empower communities facing food insecurity. Fighting malnutrition and improving access to better healthcare for the most vulnerable. 5 recipes from around the world 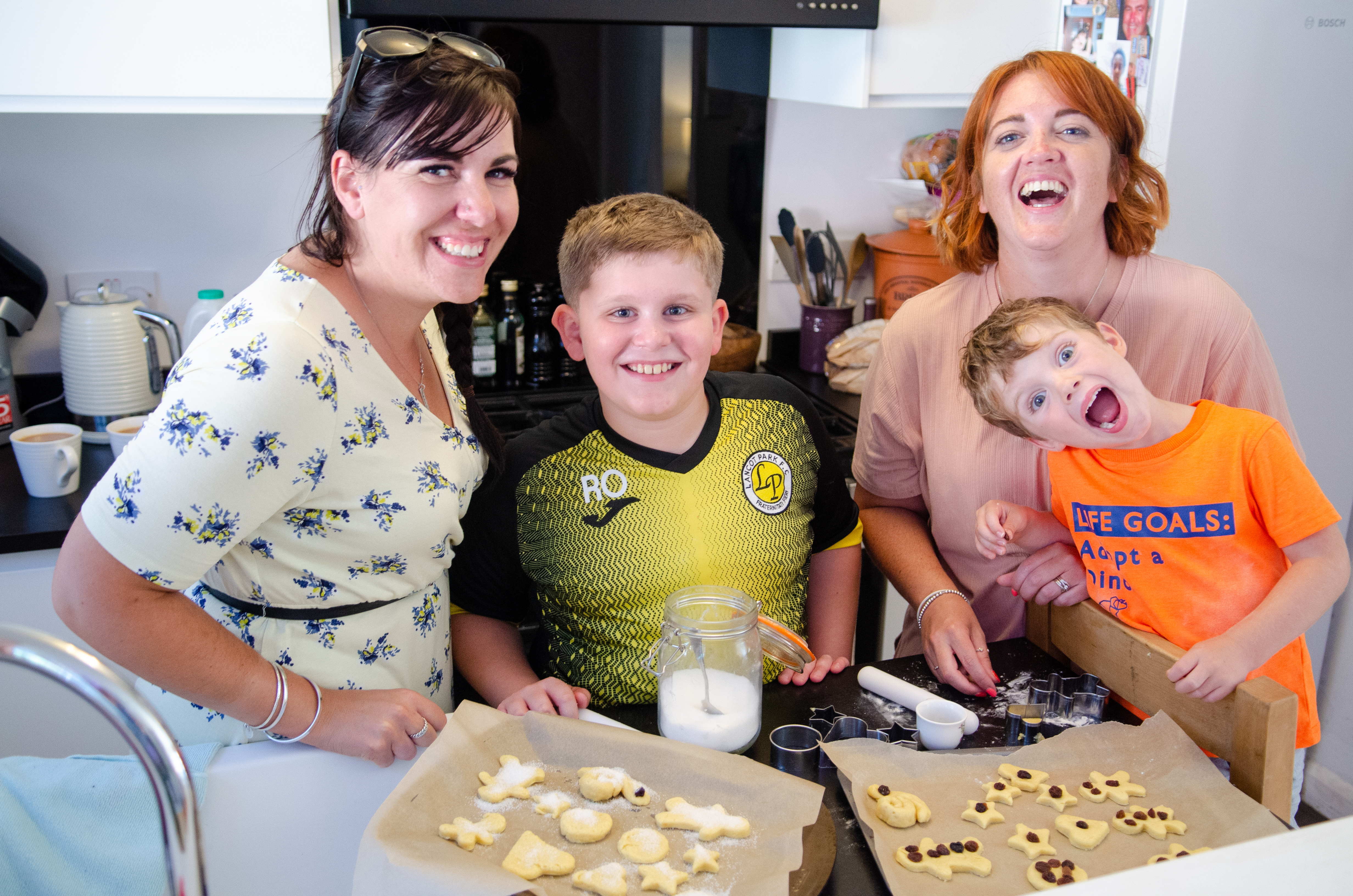 Food-raising with friends and family 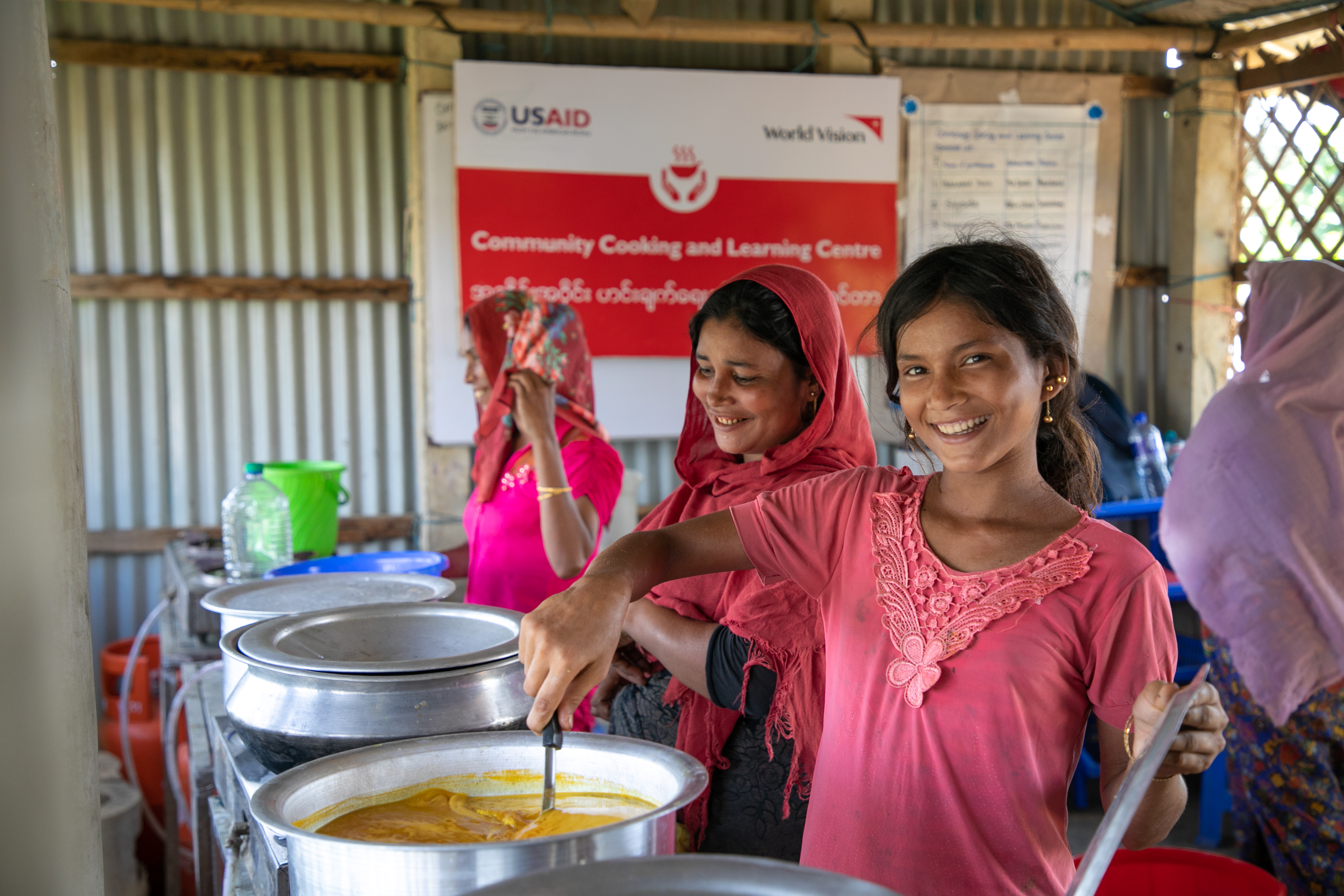 When food is more than a meal

How a community kitchen in Bangladesh is transforming Rohingya refugees' lives 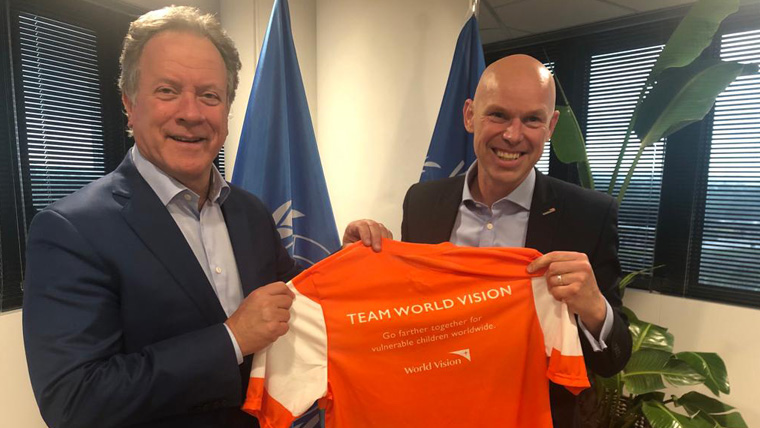 We are proud to work with them to help vulnerable people to get the food assistance they need.