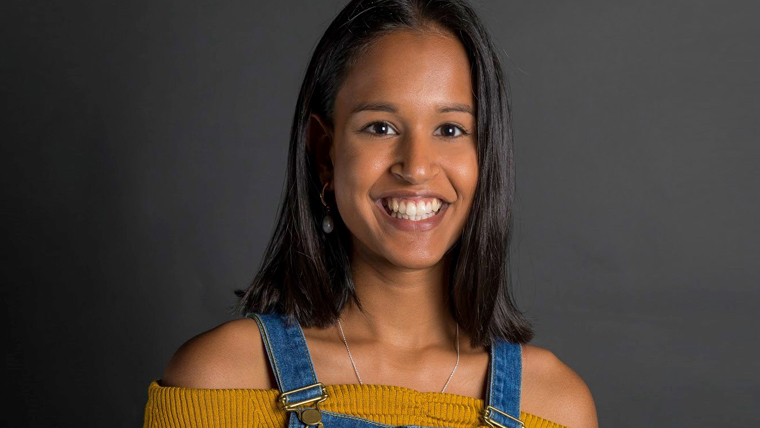 22-year-old Asini, from Kent, is standing up for child brides

Youth Advocate inspires others to learn the truth about child marriage.

Asini, 22, from Canterbury, is a Youth Advocate with World Vision UK. Here she tells us how learning about the issue of child marriage has affected her – and why sharing this with others is the key to changing perspectives.

“I became a World Vision Youth Advocate two years ago. I initially heard about World Vision when I discovered an advertisement for young people in the UK to be part of a focus group on child soldiers for the campaign It takes a world to end violence against children.

Youth advocate: a voice for others

As someone who is passionate about using my privilege and power to help make a difference in the lives of others who are not so fortunate, I was excited by the opportunity to represent the voices of children living through difficulty across the world.

I’ve had many great opportunities with World Vision over the past two years, including being able to speak in Parliament to MPs and partaking in round table discussions both in Parliament and in the Foreign and Commonwealth office with Lord Ahmad of Wimbledon. These have given me a platform to voice my thoughts and considerations on the campaign with politicians and change-makers - an opportunity I am very grateful to have had.

How do I talk to my kids about child marriage?

Raising a toast against child marriage

As a student at Surrey University, last year I entered the third year of my Biochemistry degree and began a year in industry working at Microsoft. During that time, I joined the public speaking club Toastmasters International to improve my public speaking skills. It was only later that I discovered this would also present a great opportunity for me to simultaneously raise awareness for the It takes a world campaign by presenting to my Microsoft colleagues about child marriage.

When I was asked to select a topic for my second Toastmaster’s speech – a research-based speech – I immediately thought of child marriage as a potential topic. What’s most poignant to me, about this subject, is seeing young females being held back from achieving success – for themselves and generations to come – not because of a systemic issue, but because of a decision that could easily be avoided with education.

When I later formulated my speech and shared its title with the facilitators, I was pleased to see it received with excited anticipation; they were intrigued to hear more on the topic.

‘Every 60 seconds, 23 girls under the age of 18 are forced into marriage somewhere in the world’.

I hoped these truths would surprise individuals and help them to understand the severity of the crisis, along with research based on case studies from the It takes a world campaign’s report, No happily ever after.

Every 60 seconds, 23 girls under the age of 18 are forced into marriage somewhere in the world

Following on from my speech, I received a number of positive responses from attendees who thanked me for educating them on an important topic that doesn’t receive the attention it deserves.

One individual remarked that his eyes had been opened by the talk. He was from a country where children were often married, yet he could not understand the disadvantages it posed it until he heard my speech.

Sharing the truth about child marriage

The only way to end this appalling abuse is for more people to hear the facts about child marriage:

World Vision UK has produced a brand new (and free) Awareness Pack about the issue of child marriage. It’s designed for adult-guided sessions with 11-18 year olds.

If you’re a teacher, youth worker, or parent, please take a look at it. Make sure you and your children know the facts about child marriage. Because it’s their generation that will face the consequences next – and it’s their voices that can help to stop it.

How do I talk to my kids about child marriage?