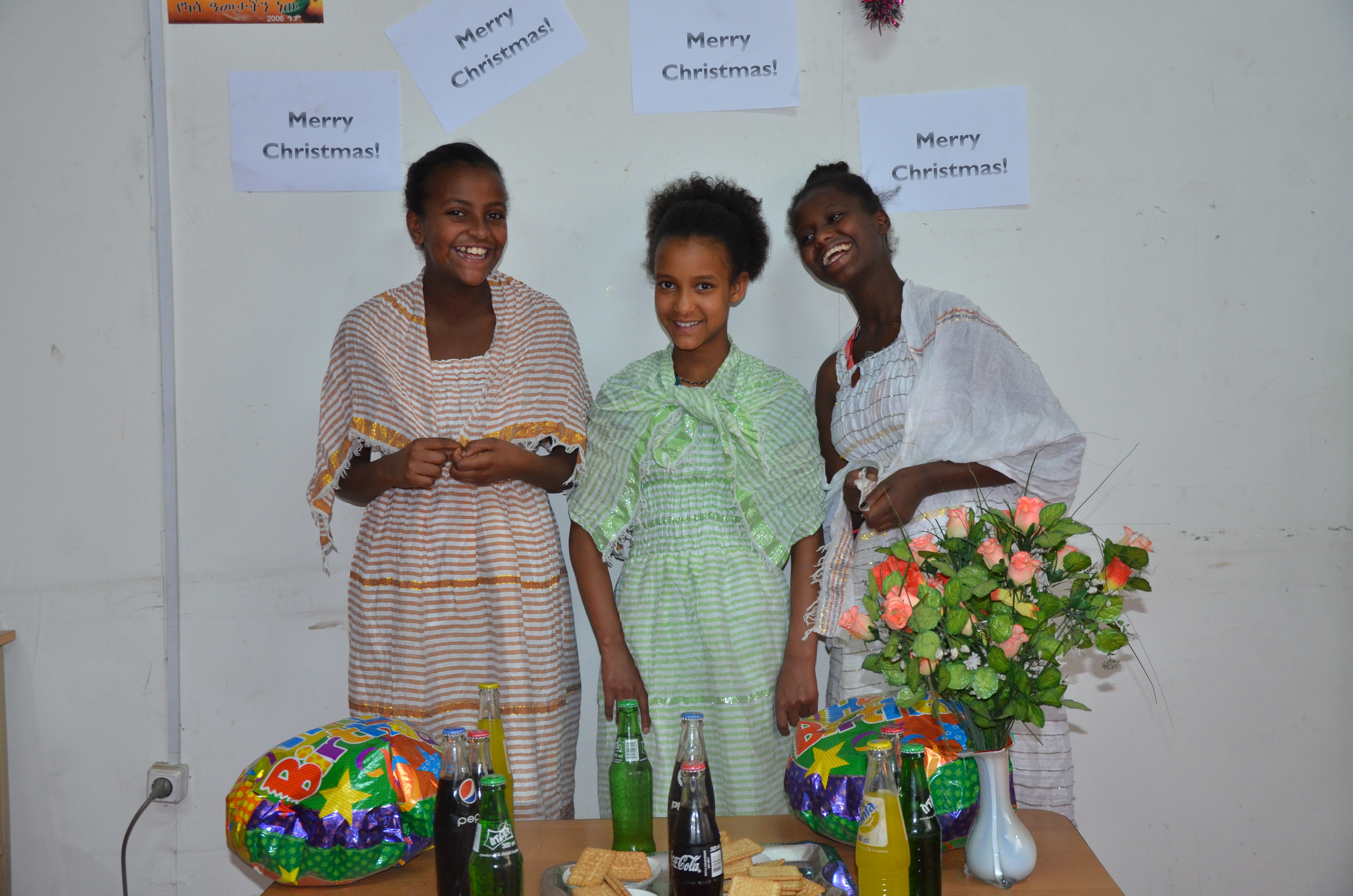 A quiet time of sharing and celebrating in groups of friends and family.

In Ethiopia, Christmas is celebrated on the 7th of January, and is a quiet time of sharing and celebrating in groups of friends and family. Ten-year-old Ermias explains happily, “Holidays mean so much to us. We cannot think of a Christmas without new clothes, and celebrations at school, church and home with our families and friends.”

Christmas is one of the most colourful holidays celebrated amongst Christians in Ethiopia. It is usually celebrated on 7 January, following the Julian calendar, and marks the end of the 40-day fasting period of Advent. The Ethiopian name for the celebration is 'Lidetu Le Egzane' or 'Ganna.'

Just like in the UK, children are usually the most excited about the holiday.

Ganna festivities generally begin a week ahead of time as children prepare different kinds of handmade decorations from paper and aluminium foil and put them up around the house. 13 year old Lidet explains, “We usually start making decorations now for the Christmas tree in our classroom and home.”

Preparation for Christmas Eve celebrations in schools starts a month earlier when children begin rehearsals for the nativity play. “We start rehearsal two weeks before the holiday. I play the character of Joseph,” 13 year old Leul describes with pride.

“We rehearse in the time we have after class,” Tewodros, 12, adds. Santa Claus, known in Amharic as 'Yegena Abat,' often makes an appearance in schools as well when he distributes gifts and conveys Christmas messages.

Then comes the holiday itself. Some people fast on Christmas Eve, and on Ganna morning there are usually a lot less presents than in the UK. Gift giving is a very small part of the Christmas festivities, with only small gifts exchanged amongst family and friends. But one gift that all children eagerly await is a new outfit to wear Christmas Day. “I wake up early in the morning to dress in my new clothes that my father bought for me,” Helen says, her face full of joy. The new clothes on Ganna morning are often Shemma’s – a traditional dress made from thin white cotton with colourful embroidery and thread at the edges.

After church services on Christmas afternoon, people go to their homes to feast. Food and drink are plentiful, and many households prepare special dishes. Food served at Christmas includes ‘Doro Wat’ and ‘Injera’, a spicy chicken stew eaten with pancake-like bread. Often cultural drinks called ‘Tela’ and ‘Tej’, a local wine-like drink made of honey, accompany the feast. “I like the hot ‘Doro Wat’ that my mother prepares for the holiday. My favourite part is all the family members sharing the dish together,” says 11 year old Seble.

In Ethiopia, Christmas is a quiet time of sharing and celebrating in groups of friends and family. Ermias, a ten-year-old boy, explains happily, "Holidays mean so much to us. We cannot think of a Christmas without new clothes, and celebrations at school, church and home with our families and friends.”

The festivities continue until the late hours of the evening. For many people in Ethiopia, the joys of giving and sharing extend beyond religious belief and spread the spirit of peace on earth and goodwill to all mankind throughout the world.

Help a child in need this Christmas