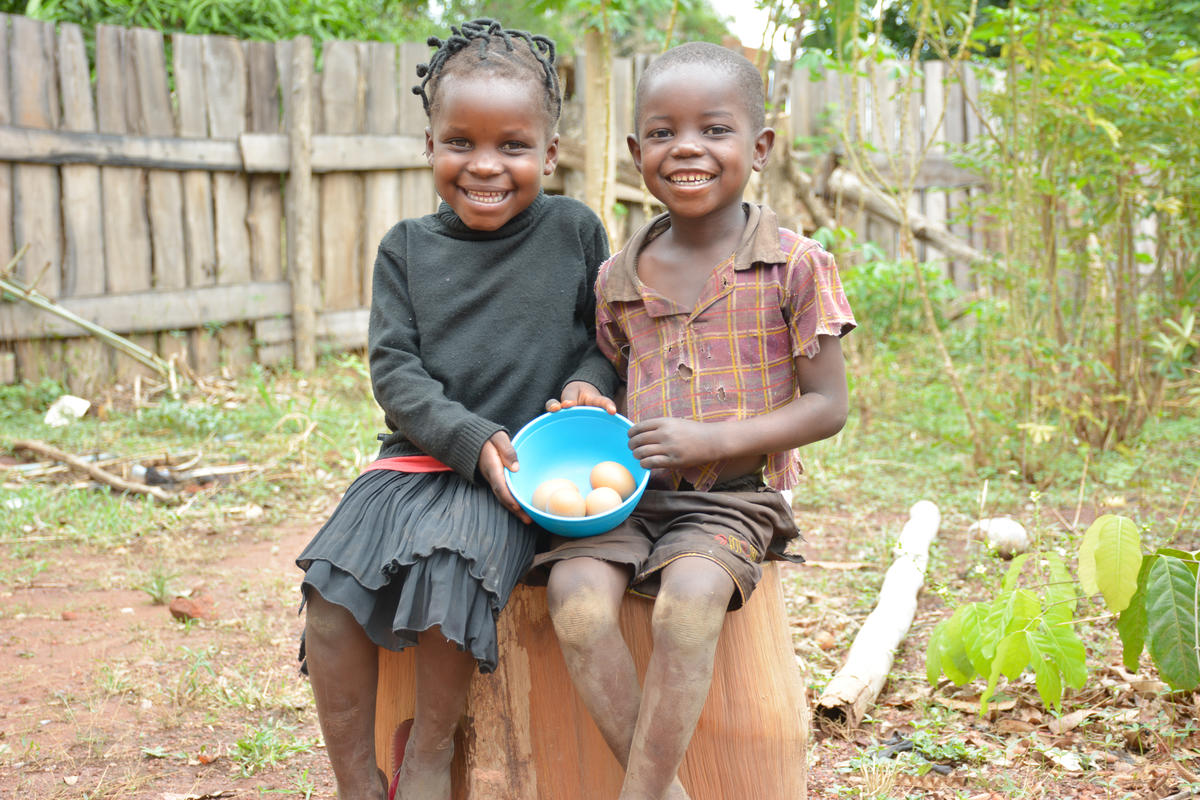 What do children in South Sudan eat for breakfast?

Next Monday marks one year since the fighting in South Sudan resumed. The worst fighting came on Boxing Day, when families fled the cosy aftermath of Christmas celebrations for makeshift refugee camps. Intermittent fighting and displacement have disrupted the planting and harvesting cycle, and as fields lie fallow and farmers are scared away, the spectre of hunger looms. Inspired by the recent New York Times piece What Kids Around the World Eat for Breakfast, we asked, what do children in South Sudan eat for breakfast?

12-year-old Sara is one of five children and breakfast for her is tea and bread, when they can afford it. Her family is from Malakal, South Sudan, but since civil war broke out across the country last December, they live in a makeshift camp where they are protected from ongoing violence. Her father, who is blind, pleads:

Please stop this war...we want to go back to the town and be in peace.

Living at the camp, Sara’s family usually eats twice a day at lunchtime and dinner, but skip the most important meal of the day. They rarely eat breakfast, but they do eat lunch most days. If they use the rations distributed by World Vision, they have enough for two meals for 15 days, although they can eek the rations out for longer if they eat less.

Back in Malakal, Sara used to eat a deep-fried local bread called Kisra for breakfast, which she misses dearly. At home, they used to have a range of food to choose from at the local market, but even these meals were deficient in protein and other essential vitamins and minerals such as iron to ward off anaemia.

Help make sure a child gets breakfast.

Seven-year-old twins Chan and Ngor live in the same makeshift refugee camp as Sara. They have one brother and four sisters. Along with their mother and father, they also lived in Malakal before the civil war began. For breakfast this morning, their mother has made porridge from the maize that was part of the monthly ration distributed by World Vision.

Back at home they used to eat sorghum porridge for breakfast, but the twins have developed a taste for maize and now prefer it now to sorghum. Their mother mixes it with oil, sugar and water. “When there is no tea, we make porridge.”

Once the bowl is set down in front of them the twins polish it off within a couple of minutes. Like other children in the camp, they never seem to get enough to eat, and like Sara’s family, their monthly ration is never enough to last for 30 days. The twin’s mother does her best to earn a bit of extra money collecting and selling firewood, and she buys extra food with her earnings. However, she believes strongly in being thankful and making do with what they have. “When something is given to you, you should try to manage what you receive,” she says.

Myom is three years old and sits around a large dish of lentil stew with kisra (flatbread), sharing it with two other children. Myom is from the Dinka tribe who are traditionally cattle herders. At home, he would normally have milk for breakfast, but the family has lost all of their cattle during the war.

Myom’s mother cares for him and her five other children alone, sometimes collecting and selling firewood to earn money. When she can afford it, she buys meat to supplement their diet, and give them some precious protein. The family doesn’t always have breakfast, but Myom’s mother makes it for them as often as she can.

Six-year-old Nyagon waits patiently while her mother prepares tea. Like Chan, Ngor and Sara she is from the Shiluk tribe and was living in Malakal before the war broke out, but Nyagon, and the seven members of her extended family are now in the camp with everyone else.

The tea is hot and sweet and Nyagon sips it quickly even though it burns her mouth. It has very little nutritional value, but is better than the days when they have nothing at all for breakfast. Back in Malakal, Nyagon’s mother used to make rice every morning.

Help make sure a child gets breakfast.