Tania's story: Head of the family but still a child 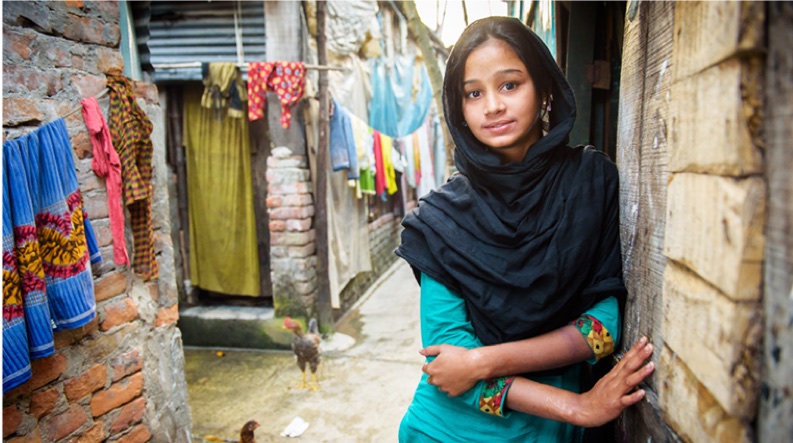 When Tania was five, life felt normal. Her mother ran their home in Bangladesh, taking care of Tania and her sister, Suriaya, who was just a baby at the time. Her father, Somir, worked selling cosmetics at a travelling fair.

Tania didn’t have to work. She could play with her friends. She even used to go to school.

But nine years ago, Somir was brutally attacked and robbed whilst working, leaving him blind.

"They snatched me and threw acid on my eyes," Somir said. "They broke my arm and hit my head. After about 10 minutes, I felt my eyes becoming paralysed, and I couldn’t see."

Afterwards, he couldn’t work or care for his family, and it took its toll on his wife. She left him a year later, leaving Tania, then six, to run the house and care for Suriaya, who was just 18 months old.

Whilst attending school each day, Tania would also go to the market to buy food and cook it, while also learning how to do all the cleaning, laundry and household chores. 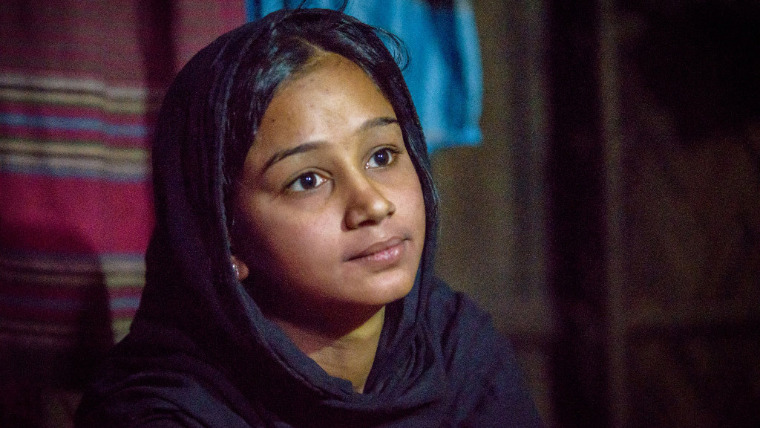 Somir receives a government ration of around £4.80 a month because of his disability, but it wasn’t enough to support his daughters, so he was forced to turn to begging on the streets. After a crackdown on begging, the government then helped people by providing them with cups to sell tea on the streets, but Somir couldn’t see the currency people handed him or how full the cup was when he poured.

"If I would like to sell tea, I would need to take my younger daughter," he said. "I can’t take my older daughter because people will stare at her, and I’m concerned for her safety."

It’s a common concern for parents of girls in Bangladesh, where women are seen as inferior, treated differently than men, and often married off younger than the legal age of 18. To avoid bringing unwanted sexual attention to Tania, he takes Suriaya, now 10, which means she misses school.

She is out of class just one day a week, but multiplied week after week, year after year, Suriaya will quickly fall behind and may eventually drop out. Tania doesn’t want to see her sister leave school like she finally had to three years ago.

I miss school. I wanted to be a nurse and help the children here.

I liked to study Bangla - I like the rhymes and poems.

Instead of going to school, Tania spent many of her days peeling piles of icy shrimp - squatting for eight-hour shifts with just a 20-minute break, at a local fish depot.

Tania was often injured, cutting herself on the sharp part of the fish that’s like a razor blade. The shrimp are kept in large barrels of ice, and her hands would get so cold she’d lose some of the feeling in her fingers and cut them even more.

During the off-season, Tania worked for just a few hours, a couple days a week making 40 to 60 pence a day. During the busy season, her boss would come to her home and wake her in the middle of the night to go to work. For seven to eight hours work overnight she might earn £1.40.

Things started to change for Tania when World Vision began a Child-Friendly Learning and Resource Centre in her community in May 2017.

The centre is part of a new project called Jiboner Jannya, which means “well-being of life,” and aims to help around 51,000 adults and children like Tania in the region. The programme is working to protect some of the most vulnerable children who are at risk of the worst forms of child labour, abuse, neglect and exploitation.

The programme uses games and group activities to teach children life skills, such as how to work past disagreements by finding solutions that benefit both parties. But children also learn about their rights to protection and the dangers of labour, trafficking and abuse.

World Vision staff work with the children’s employers and families so that children like Tania can attend the centre for a few hours each day.

By spending time with the parents to educate them about the programme, answer their questions and also learn about their struggles, families feel empowered to send their children there.

Additionally, World Vision provides income assistance to help families compensate for the wages lost by their children attending the centre in the short term. But that’s just a temporary solution. To see long-term change, parents learn new job skills that can help them create better, sustainable livelihoods for their families as well.

In the summer of 2017, Tania received two months of tailoring training. World Vision also provided her with a sewing machine and fabric so she could start her own business. Tania now works at home, where she is safe, and she has enough time to care for her father and sister.

With the 77 pence she’s earning every day, she can afford three meals for her family. But even though Tania is still working, she can now sleep without fear of being called into work. She has more time to rest, watch television and play.