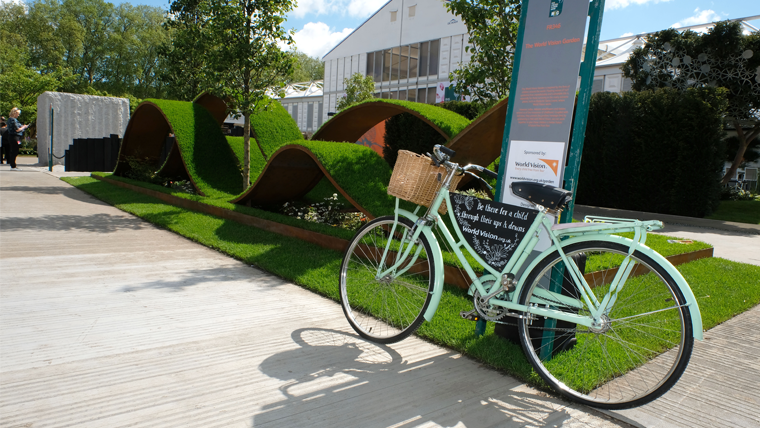 It is an honour to once more be invited to create a garden on behalf of World Vision for the RHS Shows at Chelsea and Hampton Court this summer. With the Queen's 90th birthday, 300 years since the birth of Lancelot "Capability" Brown, and 400 years since Shakespeare's death all occurring, it is lining up to be quite a summer of celebration. I sponsor a child with World Vision myself, and it is a joy each year to be able to share how proud I am to be part of the process of providing long-term support and security to some of the world's most vulnerable children. 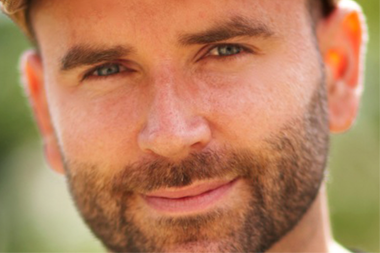 After highlighting the impact of food security through the supply of rice to families and communities in Cambodia in last year's garden, this year's theme turns to the aftermath of the Nepalese earthquake and the Ebola crisis in Sierra Leone.

As we were breaking earth at Chelsea last April, the earth literally opened up in Nepal, with two huge earthquakes measuring 7.3 and 7.8 on the Richter scale. These traumatic events left millions in need of humanitarian relief, and World Vision's ability to respond from within the country provided fast response in the form of shelters, basic supplies, and supporting the prompt re-opening of many schools, making sure children’s educations were not too disrupted.

This year's garden can be seen as an obvious reference to the rippling earth, and the support of World Vision seen in the under-planted areas, bringing stability and uplifting support in the most uncertain times.

Whilst the earthquake was an initial inspiration, it was the ensuing Ebola outbreak in Sierra Leone that is behind the 2016 display. 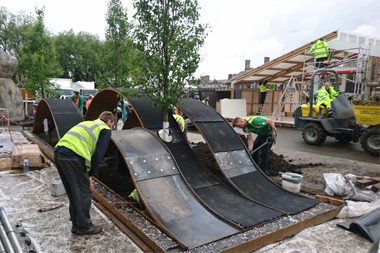 Sierra Leone is a country of six million people, and although not all were infected by the virus, certainly all were affected by it.

Last year often felt quite a bit like a year of emergencies – as typhoons, earthquakes, and floods of refugees all took their turns on centre stage – and underpinning them all was Ebola, rumbling into a major epidemic, and subdued only when the international community finally sat up and took notice.

At the same time earthquakes were shaking the hills of Nepal, schools in Sierra Leone had only just reopened after an almost one-year hiatus. A country that had survived the ravages of civil war was torn apart once more by a public health crisis. These waves of destruction and recovery can be seen in the undulating turf strips of the garden designed for Chelsea Flower Show, a metaphor for the upheaval families experienced.

When the crisis broke out, World Vision had been working in Sierra Leone for over 20 years, and this in-country presence meant that they were ready to support those who needed help the most. Being established in the community meant that World Vision could act as a trusted source of information and education when the containment of the disease was so unsure in October 2014.

The devastating events of the Ebola crisis in Sierra Leone are a good example of how a fragmented society torn apart by disease and fear can be slowly woven back into a strong and cohesive community once more. The garden’s ribbons show the rise and fall of life's challenges, and how they can interlink to become a strong bond at their most vulnerable points.

Over the course of the crisis, World Vision was able to provide over 1000 ambulances, 30,000 radios to help school lessons to be broadcast in "catch-up" classes. As the crisis ebbed, they cleaned nearly 3000 schools so that children’s education could begin again. 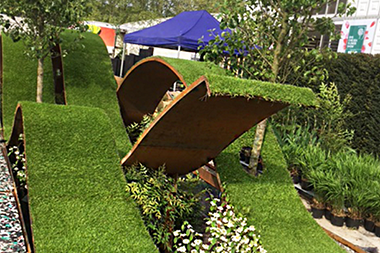 In terms of horticulture alone World Vision provided 500 farmers with seeds, tools and training. Over 450 acres were cultivated for vegetable production by 50 women's groups. Despite the quarantine in force, a lock-down on transport and food prices soaring during the crisis, World Vision was able to secure the food supply. People were eating their seed supply to survive; without World Vision's support there would have been no harvest.

Communities have made it through so much fear and failing hopes, and have come back stronger and better than before. A community that can survive the psychological impact of the Ebola outbreak will only see their ribbons of life grow stronger day by day.

There will always be another Ebola, Zika or Bird Flu epidemic somewhere in the world. But the chances are that World Vision will be there too, ready to support, educate and help communities break free from fear when the world is at its most turbulent.

While this year’s garden looks back at the fortitude of the people of Nepal and Sierra Leone, it also serves as a reminder for us to walk with these communities through their ups and downs. They raise awareness of the amazing work that has already been done, and give us a chance to be ready to support some of the world's most vulnerable children when they need us the most.

John Warland is a World Vision child sponsor and award winning garden designer. You can find out more about the effects of Ebola on Sierra Leone and how you can help here.