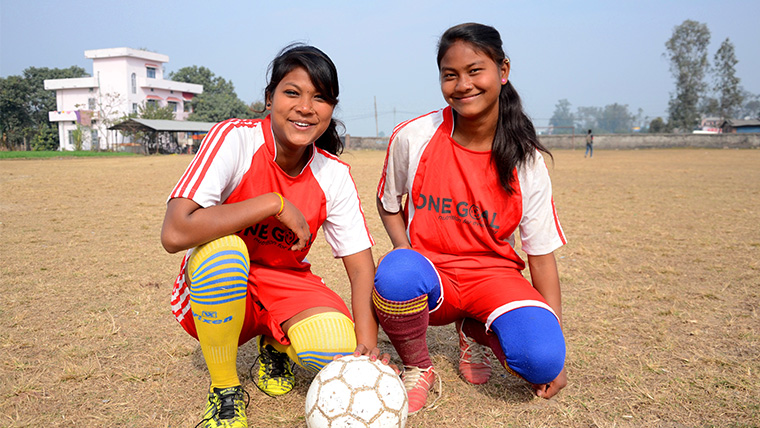 Sumina’s mother was adamant: football was not for girls who should be doing household chores. But once she changed her mind, the benefits of the game and the World Vision-recommended diet were clear for her daughter and many other girls in the community.

Sumina still remembers the first time she scored a goal, kick-starting her confidence and love for football. For a girl of 16 from rural Western Nepal, that feeling of joy and success was a big part of her decision to pursue the sport.

As part of its nutrition-focused One Goal campaign, World Vision had asked the girls at her school to take part in football, but many assumed they could never play the sport. 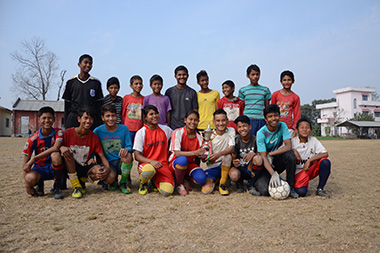 “On the first day, we touched the ball for the first time and learned about football and its rules, how to kick the ball and nutritious diets,” she says. “After that, we were so interested that we started playing football every day for two hours in the evening.”

Today Sumina is one of the best players in her team. Once she started playing and taking care of her diet, she noticed a big change in her body. “Nowadays, I love to exercise. Before, I used to be lazy. I’ve become more confident and active. I’m fitter and my stamina has increased a lot,” she grins.

Sumina dreams of winning many competitions. Her team recently triumphed in an inter-school football competition, with Sumina netting a handful of goals.

She and her friends are very conscious of their diet. “Nowadays, we understand that a proper diet is important for us. It helps a lot in making us fitter and increasing our strength to play games,” says the teenager. 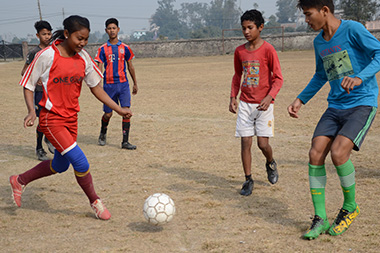 One Goal has been working in Sumina’s community since last January to promote nutrition and healthy lifestyles among children, older youths and the wider community. We’ve reached nearly 6,000 students, teachers, caregivers and parents, and one of the most notable changes has been the rates of girls playing football; participation increased from below five per cent to two-thirds across the region.

Sitaram Awasthi, the principal of Sumina’s school, explains the changes he’s seen in his students. “The children have become more active and it’s great to see their dedication to this game.”

“I’ve noticed that they’re now more creative in other activities as well. Parents are very positive as they feel that boys and girls are involved in something better than just hanging out with friends after school.”

The students’ nutrition has also gotten a boost: more than 90 percent of the school’s students now bring lunch to school as they and their parents understand the importance of diet and how it affects fitness. Previously, hardly anyone would bring lunch to school, eating junk food outside instead. 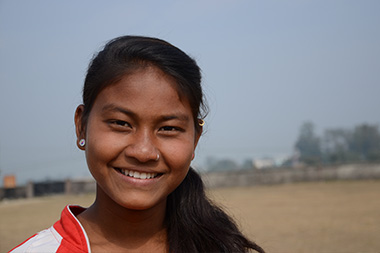 “When the teachers told them that junk food was not good, they just ignored it,” Sitaram continues. “But once their food and diet were connected with the game, there’s been a drastic change.”

She wants other girls to also get the chance to play football. Her mum was initially against the idea, claiming it would distract her from traditional chores like housework.

But now her mum has changed her mind, and encourages her to go to practice sessions. Even the boys who used to tease her and her friends, claiming girls couldn’t play the game, now ask them to play with them.

“There were times when girls used to run away from a football, thinking it would hit and hurt us,” Sumina says, “but now we run after the ball and try to kick it and score a goal every time.”

World Vision is working in Nepal, responding to natural disasters, improving education, and encouraging girls to be strong and independent. Discover how you can help support the most vulnerable children in Nepal and help to give them safety and stability, here»