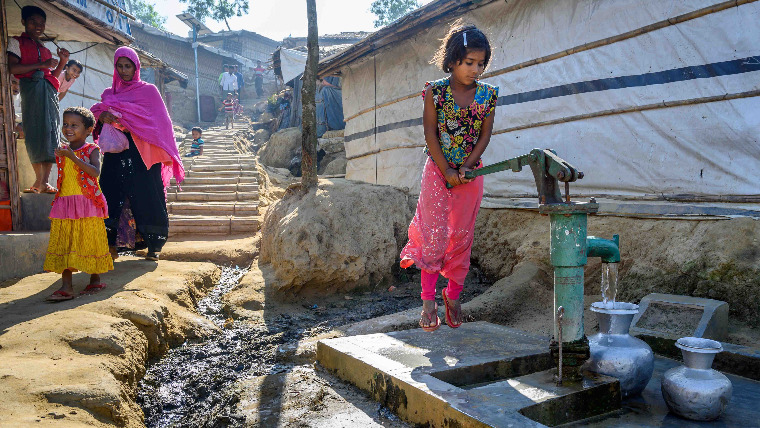 Nearly one million Rohingya are still waiting for justice and a say about their future, two years after being forced from their homes by mass atrocities in Myanmar, and are struggling for safety and dignity in Bangladesh as refugees.

In a joint statement released today, 61 local, national and international NGOs working in the two countries called for human rights for all to be recognised in Rakhine State and for Rohingya refugees to have a role in decision-making about their own lives, including conditions for their return to Myanmar.

The NGOs voiced strong concerns about the safety of affected families in Rakhine State, including Rohingya, as the conflict escalates and humanitarian access remains limited. They urged the Governments of Bangladesh and Myanmar to ensure that any return process be safe, voluntary and dignified, as news of the possible expedited repatriation of 3,450 Rohingya refugees circulated this week.

For the past two years, NGOs have assisted the Government of Bangladesh and UN agencies to effectively provide life-sustaining support to people living in the world’s largest refugee camp. Their collective efforts have stabilised camp conditions, strengthened monsoon preparedness and helped prevent disease outbreaks. But more needs to be done. The agencies called on the international community to increase funding for the humanitarian response in Bangladesh and Myanmar to improve the lives of refugees and host communities, as well as internally displaced persons.

“Two years on in this crisis, Rohingya children still struggle with painful memories and face an uncertain future,” says Rachel Wolff, Response Director for World Vision Bangladesh. “It’s our duty to protect these young refugees from any further physical harm, but we must also defend their rights, both in Bangladesh and in Myanmar. This means ensuring that they can return home in a safe, voluntary and dignified manner when conditions are conducive. Until then, they need and deserve more than bare survival basics; they need formal education that brings hope for a better tomorrow.”