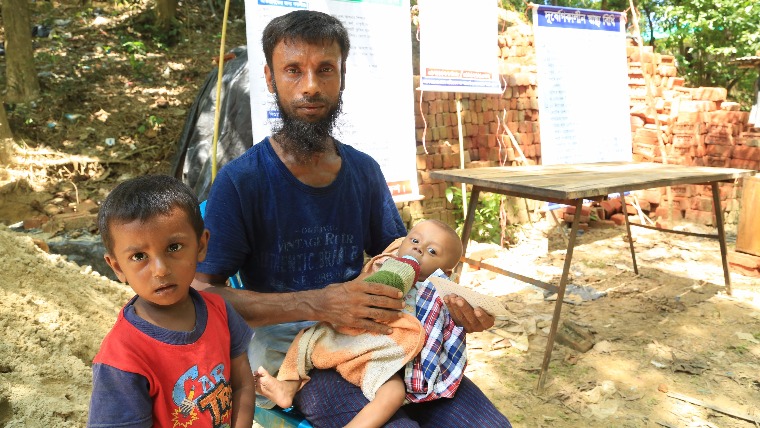 More than half a million refugees, most of whom identify as Rohingya, have fled Myanmar since violence erupted on August 25.

Money raised from this appeal will go to help those in desperate need. As well as the threat of hunger and lack of shelter, World Vision fears that hundreds of thousands of children are at risk of disease, mental health issues, exploitation and abuse.

Fred Witteveen, World Vision’s National Director in Bangladesh, said: “We appeal to the international community worldwide to urgently scale up its response to this refugee crisis, which is less than half funded. Because of the shortfall, we are unable to meet children’s basic needs.

“These children need shelter, food, clean water, toilets and medical care to treat acute injuries. The funding we receive will also go towards developing our child friendly spaces – where children can play, learn and start a journey towards healing. Many of them have witnessed gruesome violence, and it is vital we urgently address this trauma.”