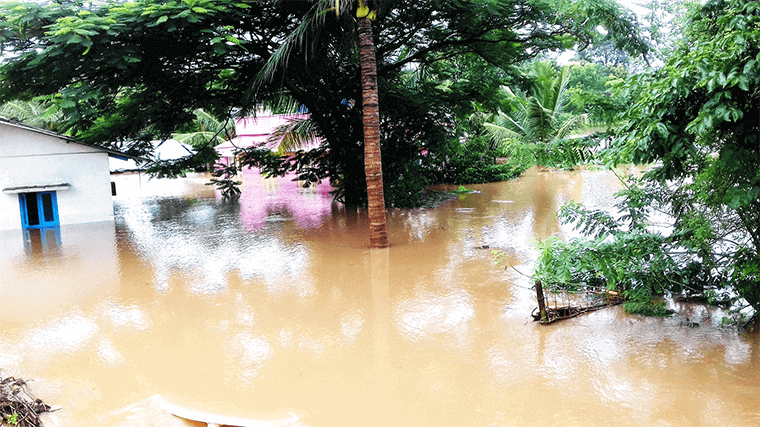 International aid agency World Vision is rushing emergency supplies to India’s Kerala state, where hundreds have been killed and 800,000 displaced by devastating floods.

World Vision is set to provide emergency shelter, clean water and hygiene support to thousands of vulnerable children and their families affected by the crisis.

The floods are some of the worst in Kerala’s history, and more than half of the state’s population is affected. Roads, bridges and buildings have collapsed, and the situation is likely to worsen as heavy rainfall has been predicted for the next week.

More than 350 people have died, and hundreds of thousands of people have lost their homes – and this could be just the beginning.

Over 32 million people – approximately half of them children – have been affected overall, and with the threat of further rains looming, we’re concerned for children and their families still at risk of disaster. Disease outbreak could become a huge problem, and children are most likely to bear the brunt of the crisis. Lives are hanging in the balance – these children can’t wait. They need life-saving help, now.

World Vision staff have been deployed to Kerala and are undertaking rapid assessment in the worst affected areas of Palakkad and Mallapuram districts. The aid agency will reach 20,000 families with food, clean water, shelter, hygiene, education and safe spaces for children.