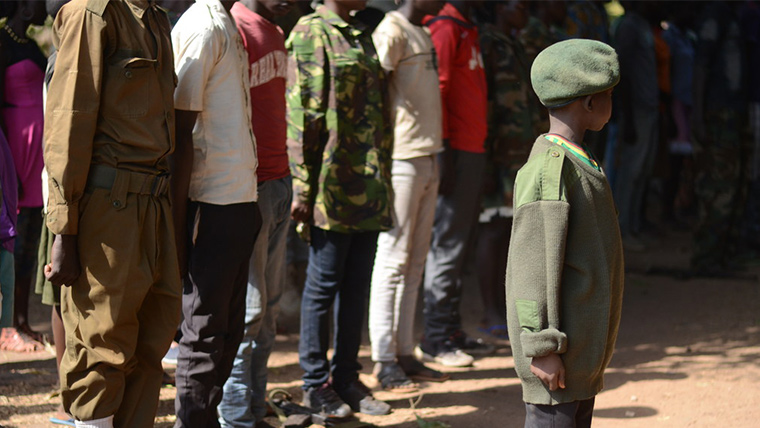 World Vision UK this week launched a campaign to end violence against the world’s most vulnerable children.

A new report commissioned by the charity shows the UK government spent £35 million – 2.5 per cent – of its 2017 humanitarian assistance budget on projects to safeguard children from violence. In contrast, Sweden spent £75.9 million – more than 20 per cent of its budget. Sweden’s GDP is one fifth of the size of the UK’s.

The charity is now urging the government to spend 10 per cent of its annual humanitarian aid budget on violence prevention and recovery projects. This would provide an injection of over £100m a year to stop children being abused and assaulted in disaster zones.

The report’s findings are based on the first ever investigation of this kind into the government’s aid spend. They show that most of the world’s highly dangerous states receive no UK humanitarian aid to combat the physical abuse and sexual exploitation of children. These include countries like the Democratic Republic of Congo, Iraq and Somalia, where thousands of children were recruited into armed groups last year. Syria received 61 per cent of the humanitarian aid spent on ending violence against children in the world’s 10 most fragile countries in 2016.

When a country becomes consumed by conflict or a hurricane hits, the world rushes to provide shelter, food and medicines to damaged communities. Child protection is not always top of mind.

Children can become deeply traumatised from the destruction of their lives and the atrocities they have witnessed during an emergency. It’s hard to understand how adults can take advantage of desperate situations to abuse and exploit children. Yet it is when disasters strike that children can be at their most vulnerable.

Sadly, there are people who prey on children when at their weakest, seek to recruit them into militias, or force them into sex work. Children in conflicts are routinely raped, forced to watch and commit terrible atrocities, and put to work in dangerous situations.

Only a tiny amount of UK humanitarian aid goes to keeping children safe from violence and most of that is spent in a few countries. Children elsewhere are abandoned to their fate.

World Vision UK has launched a petition calling on the International Development Secretary to boost humanitarian spend to end violence against children.

Westwood says: “We applaud the government’s global leadership in recent years to tackle violence against women and girls. We welcome the support it has given to children and families forced to flee the Syrian conflict.

"We are not asking the government to increase its overall aid budget. But we are asking it to use that budget more wisely and to prioritise child protection. We believe the public does not want the UK to overlook children’s protection needs during humanitarian emergencies.

“We urge Penny Mordaunt now to ramp up funding for programmes that protect children from perpetrators of violence."

To find out more about the campaign, It Takes A World, and sign the petition click here.