World Vision steps up response in wake of Mexico earthquake 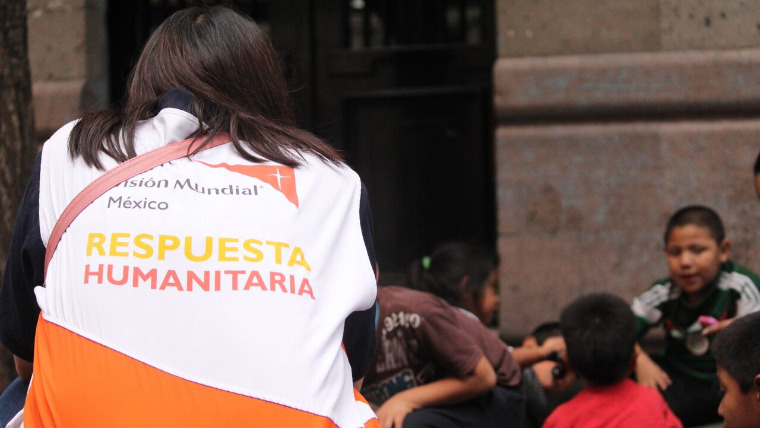 World Vision has distributed three tons of food to desperate children and their families in the wake of Mexico’s massive earthquake.

World Vision is working across 12 emergency shelters in Mexico City, providing food and medicine to those affected by this crisis. Our teams are working in areas hardest hit by the earthquake.

World Vision Mexico’s Humanitarian and Emergency Affairs Director, Guillermo Lozano, said: “So far, we have distributed approximately three tons of food and 500 pickaxes and other tools to help clear the rubble from devastated buildings.

World Vision has opened two Child Friendly Spaces (CFS) in Mexico City, where children can play safely and receive psychosocial counselling. There are plans to open five more CFS in the next 24 hours.

World Vision is working with a team of volunteers that includes six medical doctors and 20 psychologists. They are providing medical attention and emotional support to children injured or traumatised by the quake.

This earthquake is a tragedy, but it has brought out the best of Mexican people. We have witnessed human chains where humble citizens – side by side with rescuers – passed along water, food or tools to those buried in the rubble seeking desperately for signs of life.

“I witnessed people that gave up their cars and placed them under walls to hold up the weight and prevent further collapse. Everyone made sacrifices to help save lives. I've seen people carrying whatever they had to give – water, food, or just their bare hands to help," Medrana added.

“I've seen the best of Mexico, even in this horrific experience.”

International aid agency, World Vision, has appealed to donors for US$10 million in additional funding, as it launched its humanitarian response to the crisis in the conflict-affected Tigray region of Ethiopia.
World Vision's emergency work