About Patch the Pumpkin

Meet World Vision's new celebrity mega-star Patch the Pumpkin, who's here to make Pumpkin Heroes of the kids in your church. 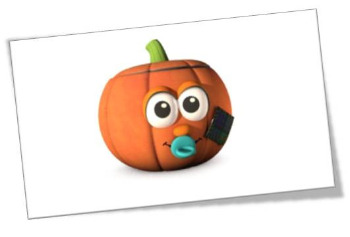 Ever since his birth in The Field, Mr & Mrs Pump-King had known that their son Patch was different. In their time, they’d seen pumpkins of all shapes and sizes – some were yellow with green stripes, some white, and some green. Some were so big they couldn’t be moved; other teeny ones were not much bigger than their stalk -- even knobbly ones.

At first glance their son Patch the Pumpkin looked remarkably ordinary. He was the usual round pumpkin-y shape, the usual orange. But then they noticed something most unusual on his side. It couldn’t be mistaken – it wasn’t a circle or a square, no – there clearly on Patch the Pumpkin’s left side was a carved little heart. 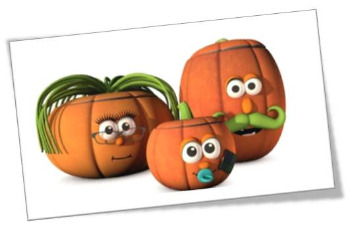 Mr & Mrs Pump- King had never seen a pumpkin with a heart before. They began to worry that the other pumpkins might tease their son, so they covered up his heart with a tiny patch of fabric, which is how he got his name, Patch the Pumpkin.

The tartan patch was really small when Patch was a baby pumpkin, so most of the other pumpkins really didn’t notice it and those that did assumed it was because of his name.

But as Patch grew bigger, so did his heart and the patch that kept it hidden.

Until one-day the tartan fabric ran out and Mr & Mrs Pump King had a major pumpkin panic - they could no longer keep Patch’s heart a secret!

Patch was so excited that he didn’t have to keep his heart hidden anymore that he bounced and bounced with joy.

He’d always felt that his heart made him special and now Patch the Pumpkin was free to start the journey of his life to see where his heart took him. 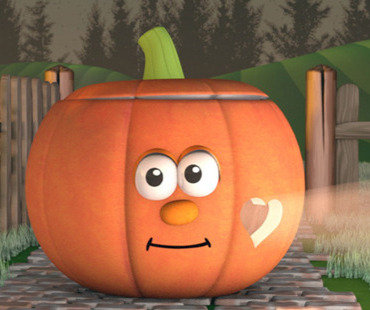 “You are the light of the world. A city on a hill cannot be hidden. Neither do people light a lamp and put it under a bowl. Instead they put it on its stand, and it gives light to everyone in the house. In the same way, let your light shinebefore others”

You can also have a look at Patch's video - he'd love to say "hello" to you!