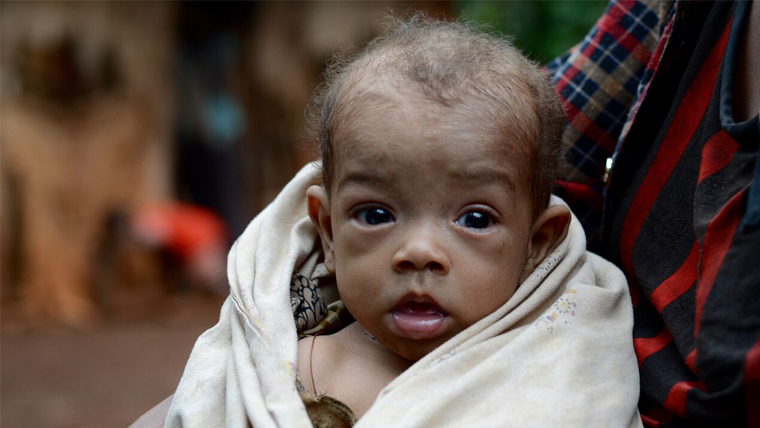 Drought in Ethiopia is affecting 8.5 million and many families who rely on agriculture to survive are struggling. The lack of food, World Vision experts note, is fuelling cases of child marriage as farmers’ incomes plunge – and girls as young as 13 are given away to stave off poverty.

Girls are the most vulnerable during natural disasters; at risk of sexual exploitation, child marriage and gender-based violence. Two in every five girls are married before they are 18 (years of age) and nearly one in five girls marries before the age of 15 in Ethiopia.

Brown added, “We know that child marriage is perpetuated by poverty, a lack of access to education and an absence of economic opportunities. Broadly, children are suffering the consequences of the drought and food shortages – including dropping out of school, strenuous labour, and young girls being pressured to marry men with money. We cannot let this happen, and we know how to help prevent it.”

World Vision has been working with Ethiopian communities to support drought-stricken farmers rebuild their economic capital and encourage families to keep their children in school. With strong support from local religious and government leaders, World Vision has also contributed to the cancellation of thousands of marriages of child brides.

Failed crops meant 15-year-old Nejuma was forced to drop out of school because her family no longer had income to pay for food, school supplies or clothes.

“I had to support my mother with some house chores because my father went in search of daily labour,” Nejuma says.

World Vision is helping farmers and pastoralists like Nejuma’s parents keep their animals alive and crops growing by setting up irrigation schemes, digging wells, extending water pipelines and providing drought-resistant seeds. Children are also supported to stay in school through the distribution of school supplies and provision of daily school meals.

In total, World Vision assisted 1.25 million people in response to Ethiopia’s drought crisis throughout 2017, providing emergency clean water, food assistance, education, health and nutrition services. The charity continues to appeal for £10 million to further address the drought in Ethiopia and protect children from the crisis. An early warning and analysis on food insecurity released by FEWS-NET indicated that humanitarian assistance needs are expected to continue for 5.5 million people in Ethiopia between February and May 2018.