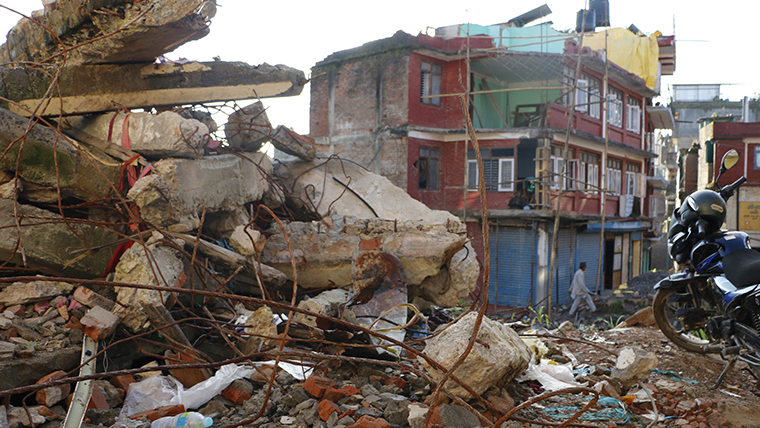 Hundreds of thousands of people in Nepal are still in need of adequate shelter six months after the earthquake that killed an estimated 8,500 and injured another 20,000. The earthquake that hit Nepal on 25 April, along with a series of aftershocks, devastated the lives of more than 2.8 million people.

Eight out of ten people who are currently in temporary shelters will face massive challenges this winter. And the situation has been made worse by the continued fuel shortages. Jason Katz , the World Vision International - Nepal Earthquake Response (NER)Operations Manager said: “While we have supported thousands of people affected by the twin earthquakes, the latest Nepal Earthquake UNOCHA report states that an estimated 400,000 people are living in makeshift shelters or temporary camps in areas above 1,500 meters. Those communities will face a harsh struggle this winter.”

Across Nepal, the ongoing fuel crisis has seen the price of basic goods and services soar. Mr Katz added: “Now that the monsoon season is over, we have a very short window of opportunity to help these families prepare for the cold weather. The acute shortages in fuel means that we are less able to provide those communities with blankets and other essential items they need to survive the winter,” he explained.

British actress, and World Vision ambassador, Amanda Redman recently visited Nepal where she visited communities badly affected by the earthquake. She said: “It’s completely heartbreaking to see people living like this. They are frightened for the future because everything they have worked for has gone.”

Notes to editors: On 25 April the worst earthquake to hit Nepal in 80 years destroyed the homes of 2.4 million people.