'I was almost a child bride' | Rahila's story 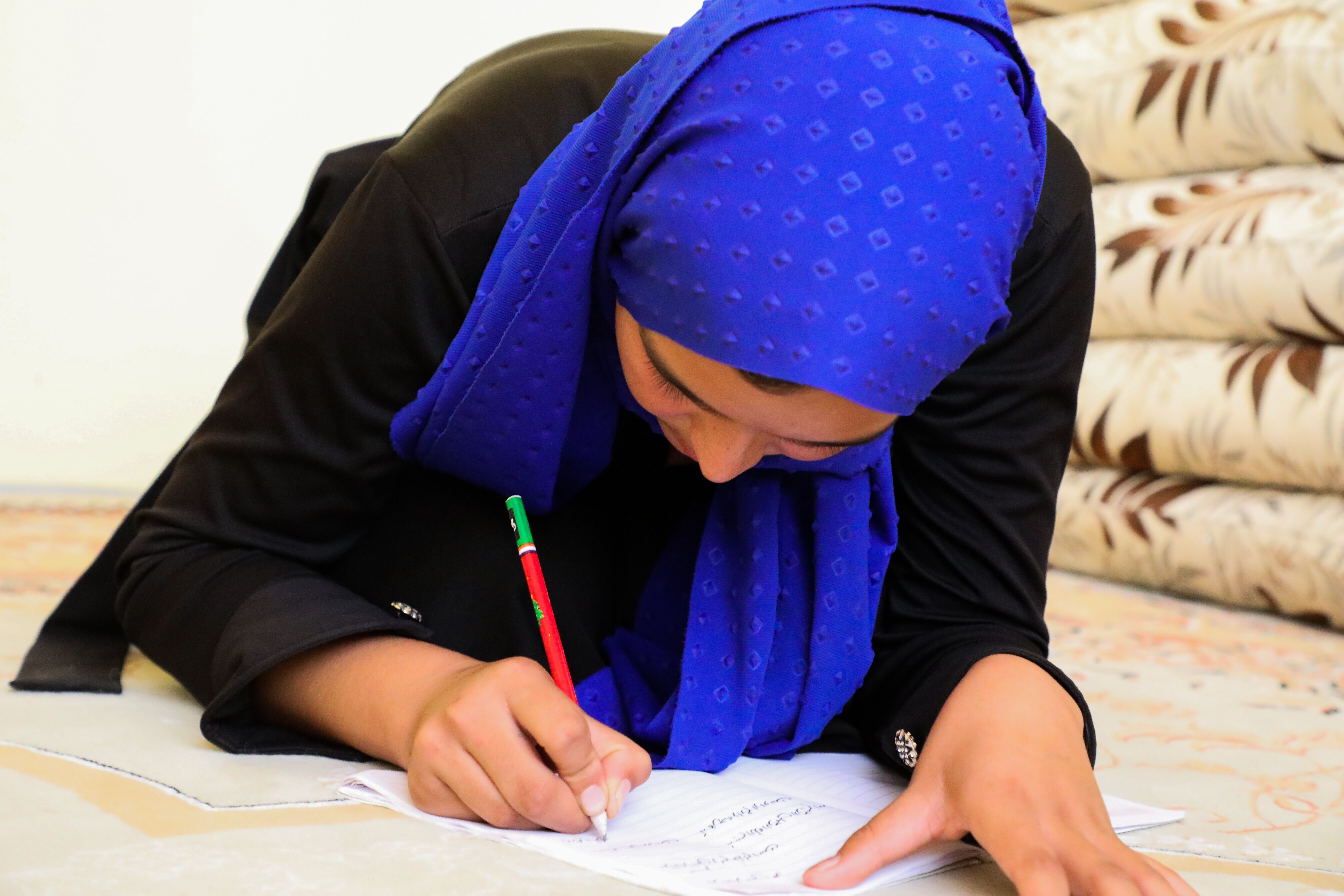 Every 60 seconds, 23 girls under the age of 18 are forced into marriage somewhere around the world. While still children, many of them are married to men double or even triple their age.

Some of the highest rates of child marriage are in countries impacted by conflict, climate change and other humanitarian crises. In countries like Afghanistan and Bangladesh, child marriage is illegal – but all too often these laws aren’t implemented, particularly in places where children have been displaced.

While both girls and boys can be subjected to child marriage, girls are disproportionately affected due to cultural traditions which reinforce gender discrimination.

Girls like Rahila*, from Afghanistan. Here’s her story in her own words:

“My name is Rahila. I am 14. I had to move to another village three years ago because of drought and insecurity. There was fighting between the government and Taliban most of the time.

"My father has a small stall selling snacks to children. My mother is a maid. Neither can read or write. I am studying with the hope of becoming a doctor. One afternoon, three women came to our home who were from the same village as us. I overheard one of the women tell my mother that they have a son and would like me to marry him.

"The boy’s family promised my father to give him US$6,400 and a piece of land as a bride price. My father was happy. With the money, he could start a new business and pay the rent of our house. My dream of becoming a doctor was over. I wanted to kill myself. One night I told my father how I felt, and he got angry and slapped me.

"I was the loneliest person in the world. I was looking for a solution: either to change my father’s decision or kill myself. My mother used to participate in World Vision’s community change sessions. I asked my mother to talk with the facilitator to see if she could do anything for us.

"The facilitator and a few other community elders (a faith leader and the head of the women’s council) came to talk to my father. After three days, my father changed his mind. He asked my mother to tell the boy’s family that our answer is ‘No.’

"The facilitator and elders had told my father about the negative consequences of child marriage and what Islam has mentioned about child marriage. My father explained that he is struggling with his business and needs money.

"The facilitator talked with our house owner to see if he could help us. He agreed to allow my father to build a small shop in our yard so my father could use it without paying for the rent of the stall and save more money to provide for us.

"I think most families either don’t know about the negative impacts of child marriage or they have to marry off their girls because they need money.

"I would like the UK Government to not to forget girls in Afghanistan and support them to be empowered, to get an education, and to have enough money to be independent.

"Today I am able to share my story with you because of World Vision’s community change sessions. If the facilitator didn’t help me, I am not sure what would happen to me. I am doing my best to be once again a top student in my class. I am more determined to finish high school and study medicine.”

Rahila’s story underlines the fact that child marriage is rooted in gender inequalities, poverty, and insecurity. It is reinforced by social norms and by stereotypes that value girls in different – often lesser – ways than boys. Often it’s believed that marriage will provide security.

New research I conducted for World Vision UK's It Takes a World campaign, ‘No Happily Ever After', reinforces our understanding that it is not enough to change and implement laws. We also need to change behaviour and attitudes to children getting married.

As a Christian organisation, World Vision is only too aware that religious beliefs affect behaviour and therefore also need to be addressed. In Rahila’s case, World Vision worked with local religious elders and others to prevent her marriage and to access another source of family income. Children who participated in our research gave specific recommendation for priests or imams to become part of the solution, to check the ages of the children before marrying them and stop the marriage if they are under 18.

World Vision believes that every child should experience life in all of its fullness and therefore we’re committed to working with the most vulnerable children, in places where all too often their voices are not heard. We seek to create movements with and for children, and to enable children we serve to influence policy here in the UK. We also engage with children in the UK who want to stand with their peers from around the world.

More than 80 children – girls and boys – who were part of this research are together calling on the UK Government and countries hit by humanitarian crisis to work together to end child marriage. As the UK is one of the world’s leading voices and largest donors in international development, we urge our government to take a firm lead; raising its voice and increasing its own investment in protecting children during humanitarian crisis.

It is time to act. In the time you have taken to read this at least 23 girls have been married. It shouldn’t be this way. It Takes... all of us to End Violence Against Children.

*Name has been changed to protect identity