Working with DFID to stop child marriage in Nepal 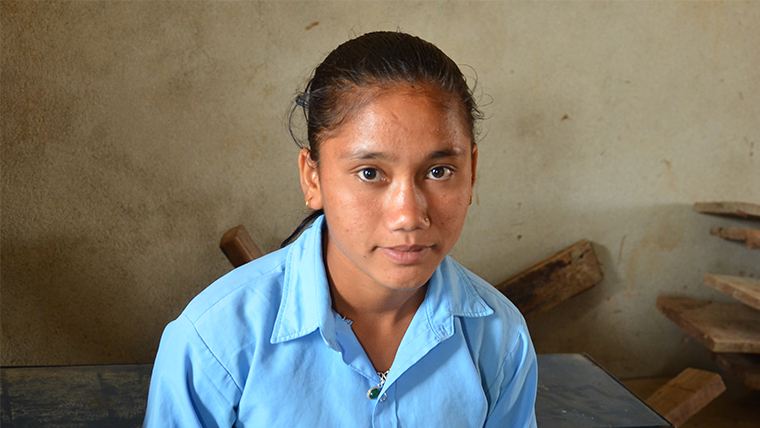 At the Girl Summit in 2014, leaders and organisations from around the world came together and pledged to end child marriage. Today in South-eastern Nepal, World Vision and the UK government are working together to make this goal come true.

“We all understand that we should not marry early and we have the right to say ‘no,’” says Hem, 16. A confident young woman, she’s still wearing her school uniform when we stop to talk to her in Udayapur, a hilly region in South-eastern Nepal.

Hem recalls that she was not as confident when she was young, but membership in her local children’s club has taught her to speak up for herself and her classmates. She’s very studious and at the top of her class in school, and she’s recently become the president of her community’s children’s club, as well as a leader in the regional network.

World Vision provides training about life skills, child rights, and child marriage to Hem and the other club members, and Hem says it is thanks to these trainings that she has been able to grow into the promising young leader she is today. She and her peers are working to help change attitudes in their communities that will help to protect themselves and their friends.

Hem recalls an incident last year when she, her club members and the local child protection committee helped stop a child marriage in a nearby village. The group was threatened by the girl’s family for interfering, but with some help from the local police they managed to put a stop to the marriage. 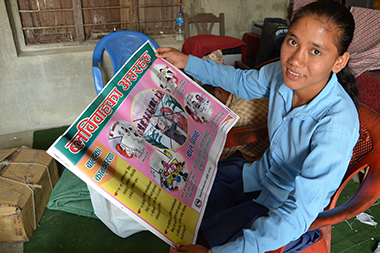 “In our village we used to have around 10-15 child marriages every year but now we barely hear of any. People have become aware and now they know that it is not right. Not just parents but even boys and girls of our age – they know that they can have a boyfriend or girlfriend, but not marry at an early age,” Hem says proudly.

Hem and her classmates, she says, are now much more aware about child marriage and its effects, especially on girls’ health, education, and different kinds of violence. Hem dreams of one day becoming a nurse, and being able to help her community even more. But to get to that state, she first needs to remain child marriage free and complete her education.

“To eliminate bad practices in the village we needed to go to the root cause,” comments Dohini Kumar Guragain, the coordinator for the village child protection committee that’s been working with Hem. “Today I can guarantee that every member in our village is aware of what child marriage is and how damaging it can be - that is why child marriage has significantly decreased here,” Dohini asserts proudly.

Thanks to the efforts of Hem and the children’s club, there has been a significant decrease in child marriage cases in the region, and more importantly, the community is aware of the negative impact that cases have and are ready to speak out against them.

Hem is just one example of the girls and boys working to change their communities and put an end to child marriage. The project in Nepal is funded by the UK government, and has been working since 2012 to spread the message of child rights and child marriage so that youth, children, and parents are alert and move away from the existing harmful practices in the community.