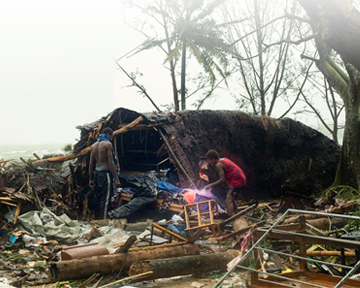 On 13 March 2015 Cyclone Pam swept through the Pacific island nation of Vanuatu flattening almost everything in its path and leaving thousands of children and families struggling for survival.

Cyclone Pam was one of the worst storms to hit Vanuatu and surrounding islands in recent memory. Most families in the region live in simple, thatched-roof homes which are vulnerable to severe weather. Survivors returned to homes that were damaged or even destroyed, as well as dealing with devastated crops.

What we did to help

World Vision was among the first agencies to respond to the emergency and deployed staff from around the world to help support the 80-strong team in Vanuatu.

With more than 30 years experience in Vanuatu and local staff based throughout the country, we could pre-warn communities about Cyclone Pam’s arrival. The Disaster Risk Reduction skills training that we gave throughout 2014, enabled communities to prepare for Pam's arrival by mapping threats, planning evacuations, and using valuable search and rescue skills. Additionally, we’d already pre-positioned relief items, including tarpaulins and blankets, as well as hygiene, shelter and kitchen kits in Port Vila  and Santo. As soon as the cyclone had hit, we gave these relief items out to 800 people who were affected.

With your support, we reached more than 62,000 people in some of the most remote and isolated communities. We provided families with water, food, cooking equipment, soap, tooth brushes, baby items, livelihood and health support and gave assistance to schools.

We were the first relief organisation to reach Tanna island immediately after the cyclone with some basic food supplies and water. According to scientists from Tropical Storm Risk, Tanna faced gusts of up to 260 kilometres per hour, killing five people and destroying 90 per cent of buildings.

Cyclone Pam showed us some of the worst of Mother Nature, but she also brought out some of the best of human nature. I have been inspired by the resilience of the people of Vanuatu – their steadfast determination, their wholehearted joyfulness in the midst of very challenging times. World Vision remains committed to partnering with government and communities during the recovery period, in supporting the people of Vanuatu to build a better Vanuatu for the future, with sustained improvements in the lives of children and communities. 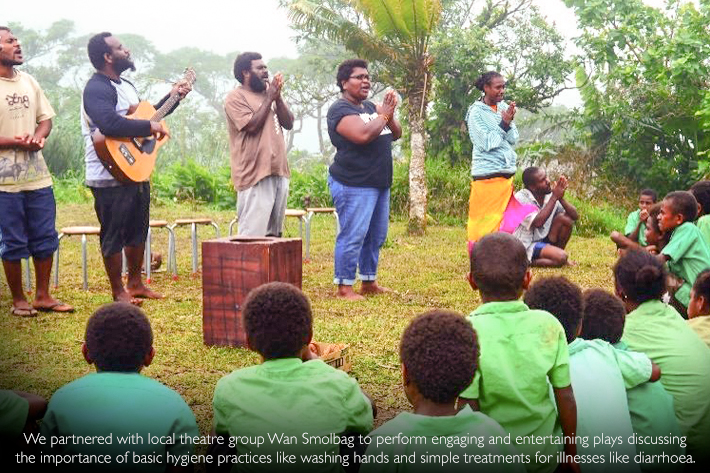 See how you helped communities recover in the wake of the cyclone. And how you've helped families’ be more resilient in the most disaster-prone country in the world.

Here are just some of the ways your donations have helped: 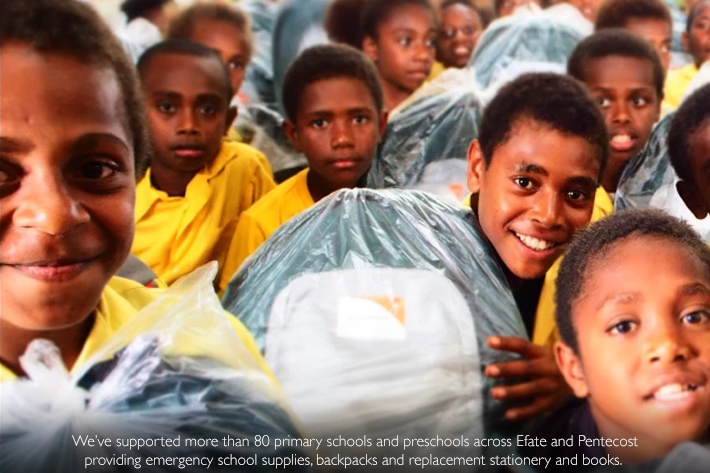 Recovery for the communities of Vanuatu remains a long journey, with the majority of infrastructure (including schools and health clinics) yet to be rebuilt. As one of the longest serving NGOs in Vanuatu, we’re committed to supporting the Government and people of Vanuatu over this recovery period and beyond.

Before Cyclone Pam, we had been running projects on water, hygiene and sanitation, and raising awareness of gender-based violence. These projects are continuing with new work in livelihoods and disaster risk reduction. For example, we've been repairing water systems damaged by the cyclone through existing water, hygiene and sanitation projects. Our work includes “build back better” training, an approach that encourages communities to not only recover from the most recent disaster, but to do so in a way that will help them be less vulnerable to disasters in the future.

Our holistic approach to community development and disaster management means long-term support and empowerment for communities in Vanuatu which will continue. 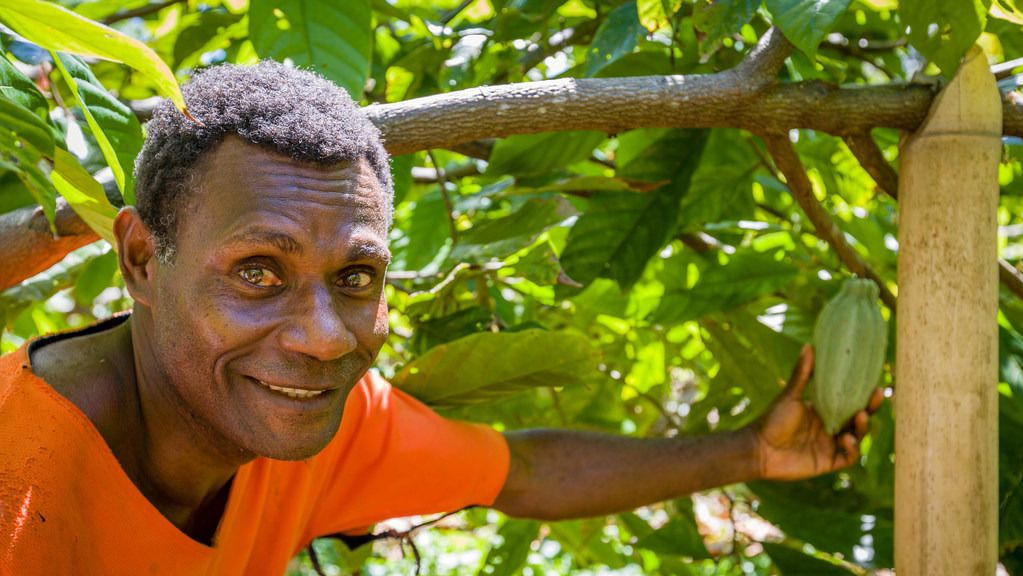 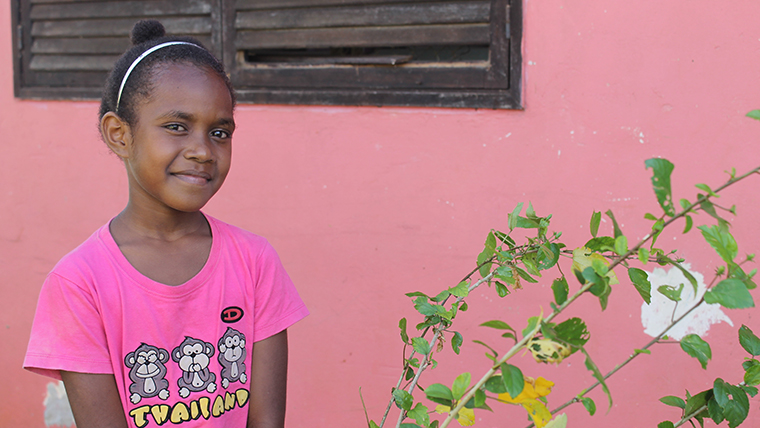 Cyclone Pam through a child’s eyes

One month on from Cyclone Pam, we met nine-year-old Shayla - one of many children in Vanuatu whose lives have been put on hold b… 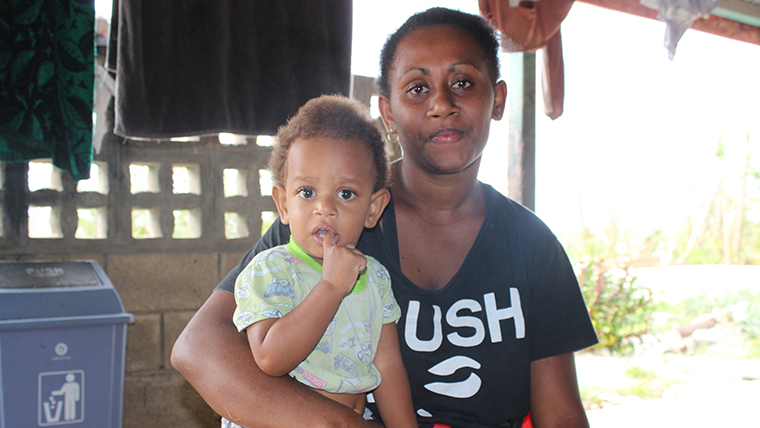 Losing everything - whole communities on the brink

Imagine losing everything. Not just your house, but your school, your garden - right down to the few items of clothing you own. …

You helped us raise more than £98,679 for people affected by Cyclone Pam.

You helped us raise more than £98,679 for people affected by Cyclone Pam.

Help us respond to disasters as soon as they strike

World Vision is proud to partner with the Department for International Development (DFID).