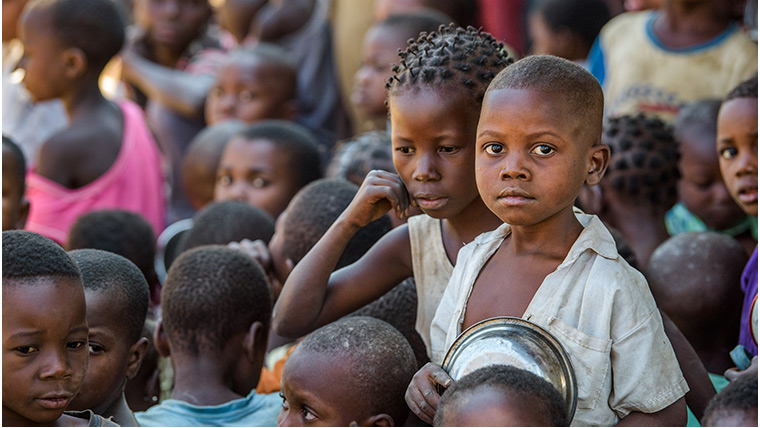 Labour is committed to championing aid and development post-pandemic, working alongside faith-based organisations, the Shadow Secretary of State for International Development has said.

Speaking at an event hosted by Christians on the Left, Preet Gill MP spoke on a panel alongside representatives from four major faith-based charities: World Vision, Tearfund, Islamic Relief and Christian Aid.

Labour is committed to working with and harnessing the power, reach and expertise of faith-based organisations… to ensure that no one is left behind.

Each organisation urged the major political parties to commit to maintaining the UK as a champion of foreign aid, saving lives across the globe.

Gill highlighted that the COVID-19 pandemic has exacerbated existing inequalities, pushing millions more into poverty, increasing food insecurity and resulting in a rise in violence against women and girls.

Gill also referenced the £2.9 billion cut to the aid budget announced in July, accusing the Government of “retreating from the world stage”, despite its ‘Global Britain’ rhetoric. “It is in the UK’s national interest to exist and operate in a safer, fairer, more secure and better world,” she said.

In spite of the recent merger of DFID and the FCO, Gill noted that the Labour Party has maintained two separate departments within its own structure. “We absolutely believe there has got to be the separation of diplomacy and development priorities,” she said.

In the face of this global pandemic we know that the most vulnerable – especially children – are paying the highest price. The virus is tearing through the world’s poorest communities, threatening to reverse decades of development gains. Global Britain must recognise that UK Aid is more critical than ever.

As a faith-based organisation we believe we have a moral and ethical duty to neighbours both at home and abroad. It is critical that we create a better and fairer world for the next generation. We must not fail them.

Shadow International Development Secretary, Preet Kaur Gill MP, said: “We are strongest when we speak out, make the case for a better world, and show global solidarity, but this government has taken a hammer to the cross-party consensus on international development.

“Sustainable development can only be achieved through understanding, challenging and changing the root causes of poverty and inequality, the power structures that lead to exploitation and discrimination, and the unequal distribution of power and resources.”

Louise Davies, Director of Christians on the Left, said: "Despite inward looking governments here and abroad, we have an opposition that seeks to build a more sustainable world, where equality and justice flourish. Hearing Preet call for "Jubilee 2.0" stirred many of us to think about what we can achieve when we work together, and it's up to all of us now to build a movement for change."

Tufail Hussain, Director of Islamic Relief UK, said: “It's very easy to focus inwards during a crisis – particularly one that has hurt our own community so much at home. But the effects of poverty, conflict and climate change on the most vulnerable communities are only being exacerbated by Covid-19. Just look at the current situation in Yemen, where two-thirds of people were already living in hunger due to the ongoing conflict; Covid-19 has now pushed people to the brink.

“The pandemic forced people to stay at home, giving people the impossible choice of whether to feed their families or risk catching the virus. The country is now on the brink of a second wave. In order to solve the challenges faced by the world - like the current crisis but also the looming climate emergency - we must not turn our backs on others but co-operate with other faith organisations and communities.”

Patrick Watt, Christian Aid’s Director of Policy, Public Affairs and Campaigns, said: ‘In a world grappling with a global pandemic, solidarity between people North and South, and neighbours near and far, is more urgent than ever. Christians, and faith-based organisations, have a critical role to play in helping to build a post-COVID world that is just and sustainable.’