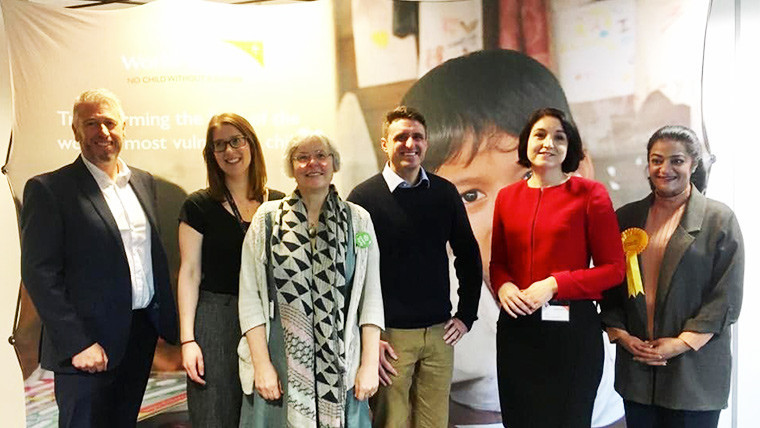 Tim Pilkington, CEO of World Vision UK, said: “We were delighted to host a hustings today. It is vital for us to maintain strong relationships with people in a position to deliver change for the children we serve around the world, including our MP. It is great to see those standing to be our local Member of Parliament taking an interest in the work that we do.”

World Vision is calling on all general election candidates to ensure the UK government continues to spend 0.7% of its Gross National Income on international aid. The charity is also urging candidates to keep the UK’s Department for International Development (DFID) independent and prioritise ending violence against children in emergencies.

“UK aid plays a vital role in our efforts to reach the world’s most vulnerable children, including saving children’s lives in some of the harshest places,” Pilkington said. “The generosity of the UK public has enabled World Vision and other partners to bring relief to those in dire humanitarian crises. It has also helped lift millions of people out of poverty and provide access to health services and education.

World Vision UK was set up in 1982 in response to the Ethiopian famine and moved to Milton Keynes in 1997, where the organisation currently employs around 250 staff.

A recent highlight of the charity’s work was a campaign to empower neglected girls all over the world by helping them access education and reach their full potential. This campaign resulted in the British public sponsoring and changing the lives of over 1,000 girls.