Demolitions in Lebanon: at least 15,000 Syrian refugee children will be made homeless 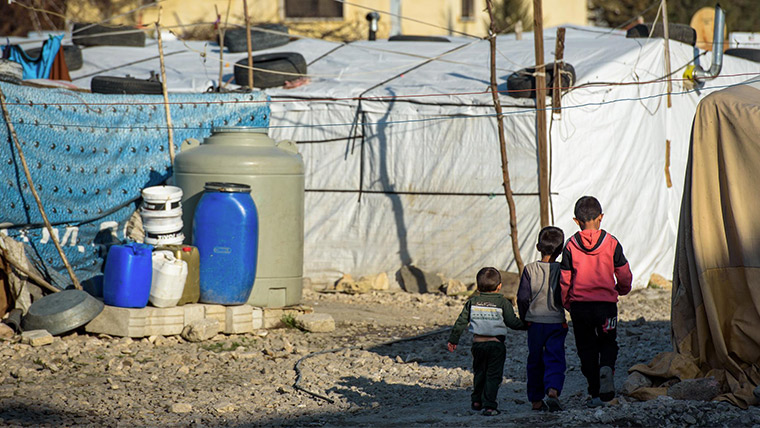 At least 15,000 Syrian children face homelessness as their homes in Arsal, Eastern Lebanon, are scheduled for demolition, three international aid agencies, Save the Children, World Vision and Terre des hommes Foundation, have warned today. They call on the Government of Lebanon to halt the planned move until an alternative solution is found.

The Higher Defense council, a military body, had declared in mid-April that all “semi-permanent structures” built by Syrian refugees using materials other than timber and plastic sheeting in informal camps must be deconstructed. Refugees in Arsal have until June 9 to bring their homes into compliance, after which any non-compliant structures will be demolished.

The planned demolitions would involve more than 5,000 Syrian families and see as many as 15,000 children face homelessness, severely impacting their mental and physical wellbeing, said the three agencies that work with children in Lebanon. The alternatives for these families are still unclear, and no temporary locations have been confirmed for relocation.

Mayssa, 59, has been living in Arsal since 2013 with her son, daughter-in-law and eight grand-children aged 5 to 17: “When I heard about the demolition, I thought to myself I will sleep on top of the children, and have them demolish this home on our heads,” she said sitting in a dimly-lit room with mould growing on the wooden ceiling.

Nada, 39, her husband and four children can’t face the idea of losing their home: “I built my home here from scratch, and it took a lot of hard work. I want to save all my belongings from demolition. I have four children and I’m a teacher. I can’t do without my washing machine. I want to save all my things. It’s a very difficult situation, and I pray to God that nothing will be destroyed.”

Allison Zelkowitz, Save the Children’s Country Director in Lebanon, said, “Our teams regularly meet children who are still disturbed by the loss of their homes in Syria. They should not have to watch their homes be destroyed again and relive such traumas.”

The demolition of many of these homes could result in the destruction of household water and sanitation systems, leaving children at high risk of illness and disease.

We are worried about how these children and their families, especially the ones headed by women, will survive the harsh weather conditions if they are only living in makeshift shelters or under tarpaulins.

The three agencies express concerns for families, many including children and the elderly, who could face exposure to the extreme summer weather. These same families have already endured severe flooding and snowstorms that hit many parts of Arsal last winter.

In Arsal alone, there are 5,682 hard structures made of concrete that are set to be included in demolition plans. Those structures host more than 25,000 people. Other villages in Bekaa, Baalbeck and Hermel, also in Eastern Lebanon, are expected to witness similar measures, with several hundred families to be affected.

Piotr Sasin, Country Representative at Terre des hommes Foundation said: “Many of these families are very poor, barely making ends meet and put food on the table. If their homes are demolished, they have no means of rebuilding them or paying rent elsewhere. For a child who barely eats, and often doesn’t go to school, losing a home is extremely traumatic. And we are talking about 15,000 children.”

Save the Children, World Vision and Terre des hommes Foundation call on the Lebanese authorities to halt these planned demolitions. They urge the government of Lebanon to consider the wellbeing of children and families, as evictions may not only lead to homelessness, but also result in disrupted education, loss of livelihoods and greater risk of illness and disease.