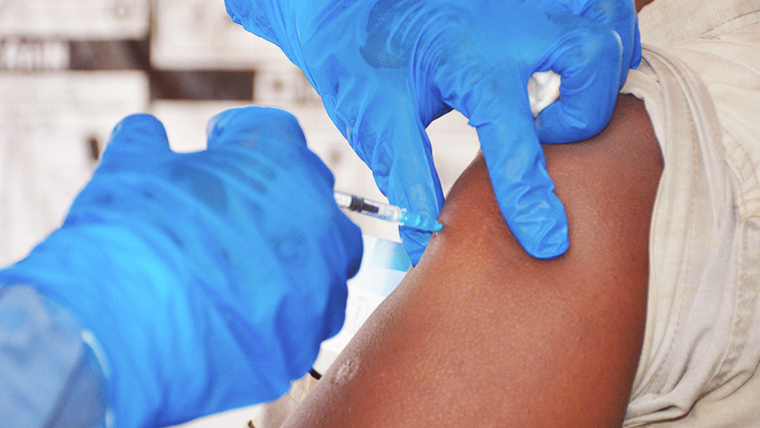 The fight against Ebola has intensified after the first Ebola death in the major city of Goma in the DRC, World Vision warns today.

A government official confirmed a pastor died during transfer to an Ebola clinic on Tuesday (July 16). The patient had been working in Butembo, one of the hardest-hit towns during the outbreak, and travelled to Goma on a bus. He tested positive for the disease on Monday.

World Vision says the case poses a fresh threat, but one that could be controlled.

We’re deeply saddened and many residents are extremely worried to hear Ebola has again jumped cities. But we’re comforted by the fact that health authorities have acted swiftly to identify this case and the 18 other passengers who travelled with him.

This is a confronting reminder that all it takes is one case for Ebola to leap into a major city or across a border.

The World Health Organisation and UNOCHA held a high-level meeting in Geneva yesterday to galvanise international support for the Ebola response.

“It is now nearly one year since the DRC outbreak was first declared. Timely assistance is crucial because no country can stamp out Ebola on its own,” says World Vision DRC’s Ebola response director, Moussa Sangara.

“Many people have been worried about Ebola reaching Goma because it’s a major trade city, home to 1.2 million people and many residents move across the border to Rwanda regularly. That’s why we expanded our prevention work here recently. We can’t afford for residents to not be prepared.”

Humanitarian organisations are working around the clock to limit spread of the deadly virus in the volatile North Kivu zone. The region is suffering from militia fighting and attacks on Ebola Treatment Centres which have severely impacted health operations.

World Vision is calling for more funding to meet all urgent humanitarian needs in the Ebola-affected areas, to alleviate suffering and improve the acceptance of the response.

The organisation has made strong gains in building trust with influential community leaders, including pastors and imams. They are among the most trusted when it comes to information about Ebola and can help in the fight to break the chain of transmission.

This isn’t like past Ebola outbreaks, which occurred in relatively stable climates.

Halting Ebola in an active conflict zone requires a unique mix of skills. Health workers suddenly need to be peace builders or negotiators in the midst of conflict. World Vision staff are broadcasters and training experts, bringing people from different backgrounds and faiths together.

Funding constraints also continue to impact the response, with the WHO recently announcing it was facing a 55 per cent funding gap.

World Vision staff in western Uganda are on standby preparing to respond should Ebola leap across borders again, while World Vision South Sudan is monitoring carefully after a case was confirmed 70 kilometres from the border.

"We are extremely concerned that it is only a matter of time before Ebola impacts South Sudan. We are on stand-by and prepared for the worst-case scenario,” says World Vision’s Country Programme Director in South Sudan, Dr Mesfin Loha.

“Among those who are being screened are people who move in the border and refugees who are fleeing violence in DRC. We must be proactive because the local health capacity in South Sudan would struggle to cope with an outbreak.”