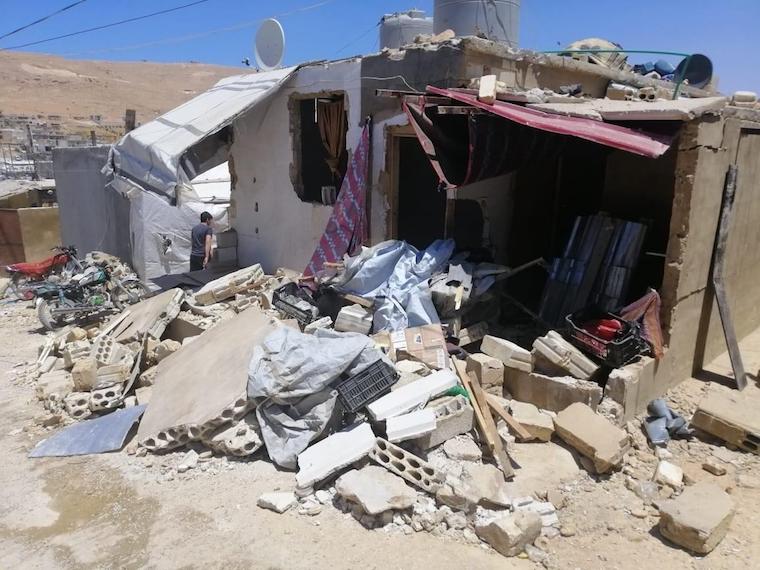 “At 4:30 am on July 1st, military units moved into several camps in Arsal and demolished at least 20 homes. The presence of soldiers in those camps at dawn, and the demolition of homes with heavy machinery is a traumatizing event witnessed by families who had already lost everything. We fear that this is the start and more demolitions will take place tomorrow.

"Depriving refugees of their already very basic shelter and leaving them out on the streets is not a solution. The demolitions in Arsal come in the context of deteriorating conditions for Syrian refugees, who in the past months have faced an increasingly coercive environment making their lives even harder. We call on the Lebanese authorities to continue to show compassion to refugees who depend on Lebanon for their safety and dignity.

"If demolitions are to continue, at a bare minimum we appeal to the authorities to give alternatives to refugees, allow them to retain their personal belongings and give them more time to place their families in safety. Schools, health facilities, and water and sanitation structures must be protected. Arsal suffers from extreme weather, flooding and harsh winters, and forcing refugees into simple tents creates substantial health and safety risks. Arsal also has a high proportion of refugees with special needs. We call on Lebanon to follow through its commitments made at the Brussels Conference and on donors to continue supporting the Lebanese government to host refugees with dignity.”