Faith leaders and organisations urge Theresa May: 'Aid must help the poorest' 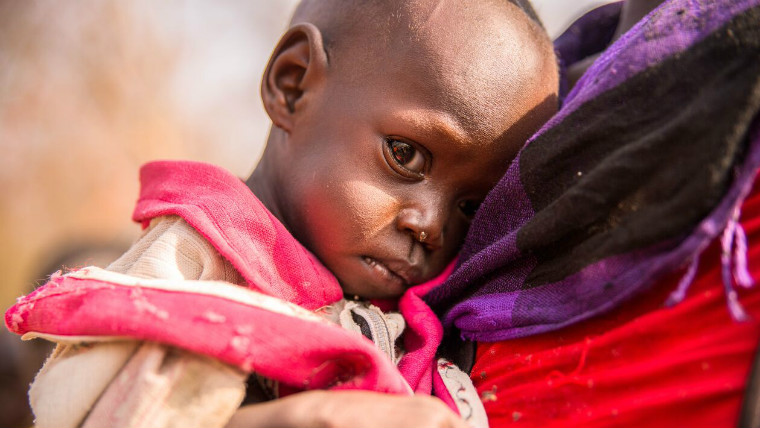 World Vision UK is proud to stand with dozens of faith leaders and organisations, who in an open letter to Theresa May have urged the Prime Minister to prioritise aid and protect the world's most vulnerable.

The letter was first published by the Guardian.

As people of faith, our values compel us to speak out for the world’s most vulnerable people. We, representatives of different faith communities in the UK, have come together ahead of the Comprehensive Spending Review to urge you to maintain the aid budget and protect the quality of UK aid. In 2015, faith communities were proud of the UK’s commitment to the Sustainable Development Goals. We must keep our promise to the world’s poorest made just four years ago. UK aid is a huge part of how we ensure no-one is left behind.

We believe that the UK has a moral responsibility to continue to provide 0.7% of Gross National Income in aid, and to influence other governments to do likewise. While the world has seen unprecedented progress in tackling extreme poverty, there is still a long way to go in order to meet the Sustainable Development Goals by 2030. The UK has a proud track record of supporting international development and is well respected around the world for our contribution. It is critical that we continue this leadership and generosity in the coming years.

As representatives of faith communities, we also are extremely concerned to ensure that UK Aid’s primary focus remains poverty alleviation, and that we deliver the highest quality aid programmes for the world’s most vulnerable people. We add our voices to many in asking for reassurances that the UK Government will prioritise providing aid to the Least Developed Countries, ensuring the proportion of UK aid they receive is protected from further decline. The UK public, and our faith communities, hope that the Government will spend public money well. UK aid programmes should prioritise vital social sectors, such as health and education; promote gender equality, protect the environment and support local solutions to build local capacity and increase sustainability. To have confidence that UK aid is being spent effectively, we also need to know what the Government is doing in our name. All UK aid programmes should strive to be fully transparent and accountable.

We recognise that the Spending Review is an extremely important, complex and demanding process for government. We pray that in your discernment, compassion for the poorest and most marginalised will guide your work.

Right Rev Susan Brown, moderator of the general assembly of the Church of Scotland

Rabbi Sylvia Rothschild, past chair of the Assembly of Reform Rabbis

Rev Nigel Uden, moderator of the general assembly of the United Reformed Church

Rev Michaela A Youngson, president of the Methodist Conference

Tzelem, the Rabbinic Call for Social and Economic Justice in the UK