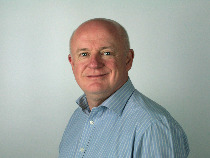 The Board of World Vision UK has appointed Richard Izard as its new Chair.

Richard has taken on the new role, replacing Anna Laszlo, who retired from the board after completing 10 years of service. Richard has been a trustee since 2011.

“I am delighted and honoured to be asked to take on being Chair of the Board of World Vision UK,” he said. “I find World Vision’s impact, improving the lives of millions of the world’s most vulnerable children, deeply moving and inspiring. I have young children myself which has further increased my affinity with the work that World Vision does.”

“We care passionately about the children, that we serve, and their communities and we are prepared to go into the most difficult and fragile contexts to help them,” he said. “We are able to make a real difference because we support communities on a long-term basis, often from the relief effort of an initial crisis through to long term sustainable development. We work systemically with governments and other NGO’s to maximise our impact and we are driven by our Christian faith and a passion to make a difference in the world.”

“As a board, our job is to support, encourage – and challenge sometimes - what’s going on in the organisation. I look forward to working with CEO Tim Pilkington, the rest of the leadership team and the Board of the trustees as we look to build this work in the future.”

Richard has more than fifteen years of board level experience in large multi-national businesses and has held board positions in sales, marketing, commercial, finance and latterly as an M.D. and C.E.O.

Richard believes that the ability to perceive the world in a more complex and nuanced way (sometimes known as vertical development) enables leaders to make more sense and be more effective in the VUCA (Volatility, Uncertainty, Complexity, Ambiguity) context that we now live in.

Richard is also keen on sport, particularly rugby, skiing and golf. He lives in West London with Laura, his wife, and children.