Over one million people at risk as floods devastate East Africa 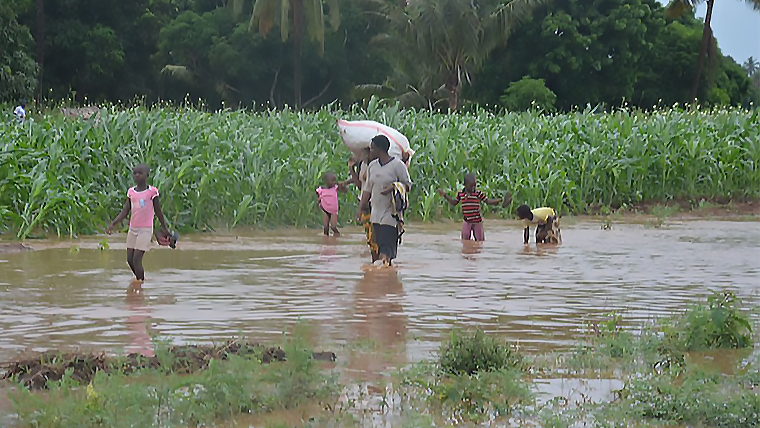 Hundreds of thousands of children are at risk of malnutrition, disease and starvation due to major flooding across East Africa, World Vision warned today.

The international children’s charity is rushing to respond to 1.2 million people affected by flooding in parts of Somalia, Ethiopia and Kenya. Continual rains have submerged homes, schools and businesses, displacing more than 700,000 people from their homes.

Hundreds of thousands of children are at risk. They don’t have food, and the water they’re drinking is dirty. Their schools have been damaged, and their parents’ means of earning an income has been destroyed by successive disasters. Firstly, it was the drought, and now flooding is wreaking havoc and will impact the lives of people for months to come.

Through our multi-country flood response, we are working to ensure access to food, water, shelter, and sanitation. World Vision emergency response teams in partnership with local governments, in-country humanitarian agencies, and communities themselves, are working to address the immediate life-saving needs of the flood affected children and their families.

In southern Somalia, more than 718,000 people are affected, and 220,000 have been displaced. Flooding has destroyed crops, killed livestock, damaged water and sanitation systems, and it has also disrupted schooling. Cholera cases are expected to rise as flood waters contaminate shallow wells, and pose a major threat to children’s health.

Over the past few years, the intensity of recurring natural disasters in the eastern Africa has worsened by the effects of climate change. With the recent flooding in Somalia, Ethiopia and Kenya, millions of people have been affected and thousands displaced. People are living in makeshift shelters without food, clean water or adequate sanitation. Further forecast of rains are amplifying the plight of the already displaced children and their families.