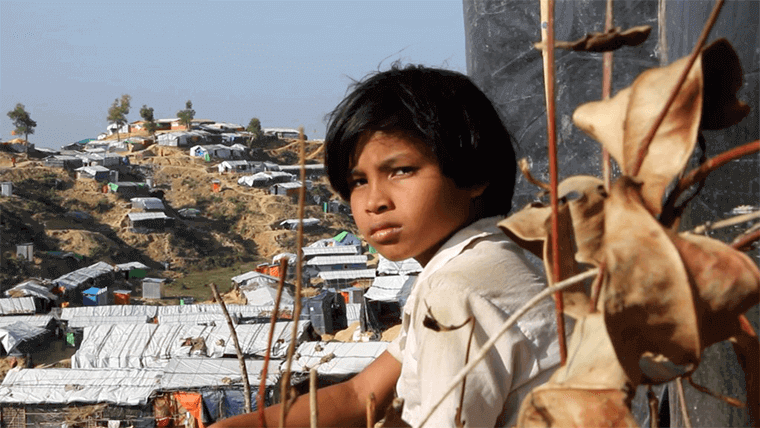 One year after arriving in Bangladesh, 890,000 children and adults are still living in limbo in the world’s largest refugee camp.

One year ago, 700,000 people began fleeing Myanmar, crossing the border into Bangladesh. A wave of violence in Rakhine State following decades of discrimination and systematic human rights violations sparked the exodus, which was almost unprecedented in its scale and speed. The refugees, most of whom belong to the Rohingya ethnic group, joined hundreds of thousands from Myanmar already in Bangladesh due to previous conflicts. Today, these families live in the world’s most densely populated refugee camp in Cox’s Bazar, Bangladesh. More than half the population are children.

Refugees in the camps want us to remember that they are human – and that they are still here. Little has improved for them in the past year, and it’s unlikely that they will be returning home any time soon. We deeply appreciate the UK’s effective support for this crisis to date, but much more help is needed to ensure that the rights of refugees – especially children – are protected.

Conditions in the squalid, overcrowded settlements remain dismal despite the tremendous achievements of more than 100 NGOs working alongside UN agencies and the Government of Bangladesh. Sewage flows through the camps, rife with water-borne diseases. Malnutrition is endemic and incidents of gender-based violence high. As the UN’s Inter-Sector Coordination Group recently reported, “the lack of access to basic services and self-reliance opportunities exposes refugees, especially women and adolescent girls, to protection risks and potentially harmful coping mechanisms, such as trafficking, exploitation, survival sex, child marriage and drug abuse.”

“This refugee crisis remains a protection crisis,” said Witteveen. “Most children and their families endured years of persecution and brutal violence in Myanmar. Now they face ongoing risks as displaced people without citizenship in Myanmar or official refugee status in Bangladesh.”

The Rohingya – reportedly the world’s largest group of stateless people – have no official protection. Adults do not have the right to work and children cannot go to school. World Vision and other NGOs run child-friendly spaces for younger children where they can play safely and join informal learning sessions. However only one-quarter of school-aged children attend these centres, which means that 400,000 children and youth are not receiving any formal education. Less than 2,000 adolescents have access to any form of education or life-skills training out of a population of 117,000 in need.

“I want to study, but I cannot because I am too old and not eligible for school,” says Yajurjanat, a 13-year-old refugee who spends her days sweeping family’s small shelter, fetching water and helping her mother cook.

Without education, Yajurjanat and other Rohingya children risk becoming a lost generation.

UN officials, including the Special Rapporteur on the situation of human rights in Myanmar, have warned that the situation there is not yet conducive for the voluntary, safe, dignified and sustainable return of refugees. Until conditions are in place, basic services in the camps in Bangladesh must be improved and the rights of children and adults protected, including access to education.

Currently, the 2018 Joint Response Plan for the Rohingya Humanitarian Crisis targeting 1.3 million refugees and host community members is only 33 per cent funded. The international community, including the UK government, must work with the Government of Bangladesh to provide both short and medium-term assistance, including quality, relevant and inclusive education, and official refugee status. Now is the time to realise commitments made and show leadership in the protection of refugees.