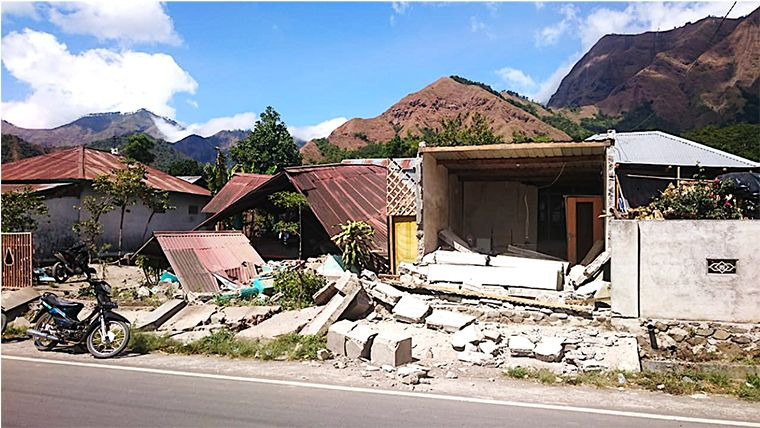 The number of causalities has risen to 98 people, and more than 200 are injured. Many people have been forced to flee their homes because of the numerous aftershocks.

World Vision has already got equipped and trained staff in the field conducing initial assessments to identify the immediate needs of the affected displaced children and their families. We will continue to mobilise the response with local partners and plan to focus on child protection, clean water, sanitation and hygiene and making sure children have access to education in the aftermath of the crisis.

The earthquake struck on Sunday (August 5) at 6.46pm local time at a depth of 15 kilometres, according to The Indonesian Meteorological, Climatological and Geophysical Agency.

Approximately one million people live near the epicentre and there have been more than 100 aftershocks. Indonesia’s National Disaster Mitigation Agency has stated that the number of victims is expected to increase.

The earthquake is the second to strike the region in recent days. A 6.4 magnitude earthquake struck Lombok Island on July 29, killing 16 people and injuring hundreds more.

Sunday’s earthquake was felt in Bali, Sumbawa and Surabaya. The overall impact is still under assessment.

World Vision Indonesia was already conducting an emergency response to the first earthquake in Lombok and is on the ground responding to the immediate needs of people affected by yesterday’s disaster.