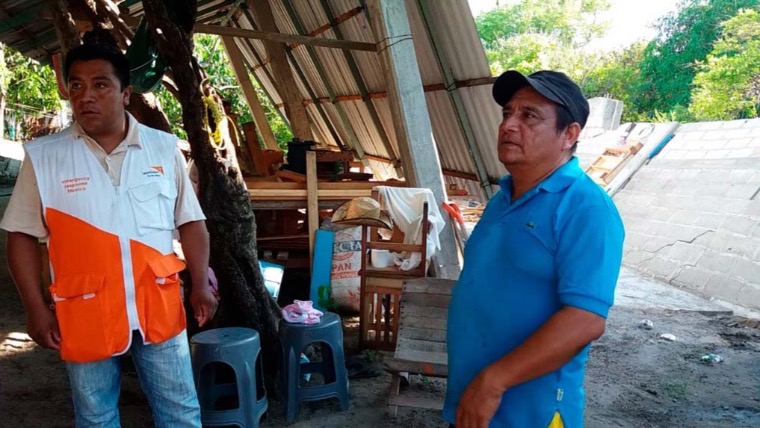 Children and their families have been badly affected. There have been over 1000 tremors since last week and people are noticeably traumatised.

Thousands of homes have been damaged. Many people are sleeping outside because they fear their damaged homes will collapse on top of them.

Luis Lara who survived the quake said “We had a terrible experience. My parents were trapped in their room terrified. They couldn’t get out of their room. The force of the earthquake had buckled the doorframe. I kicked and pushed at the door, finally managing to get them out.

World Vision assessment staff spoke to Mr Jose, his wife and 3 children. Jose said,  “We were asleep in our beds when it hit. As soon as I felt the bed shaking I knew it was an earthquake. I shouted ‘we need get out of the house now’, but the tremors were so strong we couldn’t even stand on our feet.

“Now we are sleeping in the yard, but we are lucky to be alive.”

World Vision manager, Lozano Leo, said, “This earthquake has hit extremely poor coastal communities. Our response is focused on helping children and their families recover from this disaster. The food relief and hygiene kits will help people cope with in the immediate aftermath of this disaster.

Your donation will help children affected by emergencies