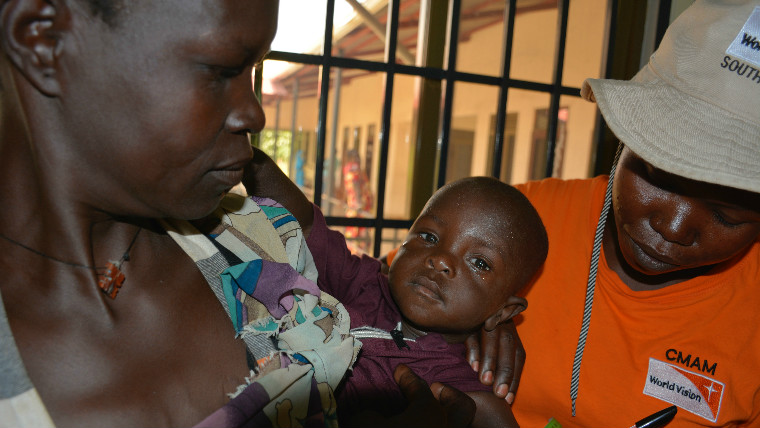 Millions of children are food insecure in South Sudan

As a state of famine is declared in parts of South Sudan, international children’s charity World Vision warns that aid urgently needs to reach hundreds of thousands of vulnerable children at risk of starvation.

Famines are only declared when the food security situation is at its worst and death rates are rising. In South Sudan almost 5.5 million people, half the country, will face severe food shortages by July if international donors and governments do not work together to meet the severely under-met need.

The number of those impacted by famine is rising daily, with data showing that the situation is already worse than in comparison to just a few weeks ago. Children are among those most severely affected as the famine, caused by a combination of conflict and drought in the country, continues to worsen without sufficient humanitarian intervention.

The famine declaration in South Sudan comes as the East Africa region faces drought with warnings too that neighbouring Somalia could soon slip into famine.

Perry Mansfield, National Director for World Vision in South Sudan said: “The situation facing children who were already hungry and going without meals is now rapidly unravelling. If aid, funding and deliveries are not immediately scaled up we should expect to see children facing starvation.”

Migration is also set to rise on a massive scale as families search for food and water. If aid does not arrive in time this could cause complications as the rainy season limits access to those in hard-to-reach areas. Mansfield warned:

“The rainy season is only weeks away and once that arrives the roads become impassable, meaning that millions of people will be cut off from aid. We have a small and rapidly closing window of opportunity to get food into these remote areas, to preposition it, before it is too late.”

World Vision is working in partnership with the World Food Programme to provide food assistance to half a million of the most affected people in various parts of the country. The international community is appealing for US$1.6bn to provide life-saving assistance and protection to 5.8 million people in desperate need.

Please give to the East Africa Crisis Appeal today: