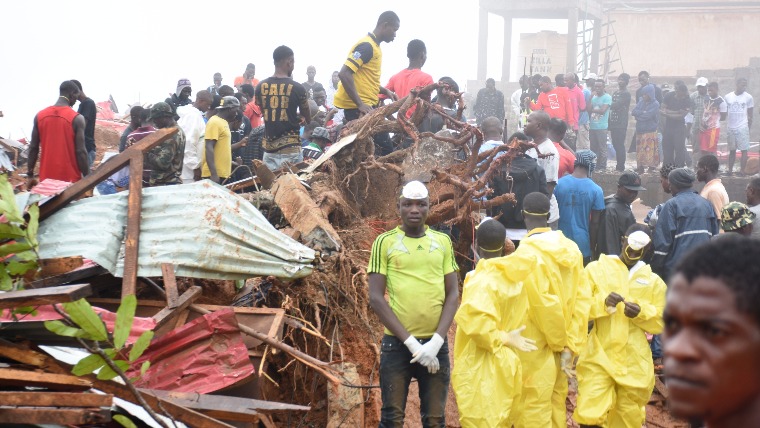 International children's charity, World Vision has begun planning for a wide scale response to the Sierra Leone mudslide disaster, as efforts to rescue hundreds of people trapped in mud and rubble continue.

The charity has prioritised responding to the affected communities with urgent healthcare needs and setting up child protection mechanisms. World Vision and other humanitarian organisations are working closely with the Sierra Leone government on emergency response plans.

More than 300 people have been killed and hundreds more are still missing after torrential rains on the outskirts of Sierra Leone's capital Freetown.

James Chifwelu, the World Vision Sierra Leone national director said: “It’s disturbing that a lot of lives have been lost following this heavy rain and mudslide. But it’s most disturbing that many children in their school uniforms were unfortunately fatally caught up in the landslide and many more are homeless, orphaned and will be without food and clothing for days to come. This certainly calls for immediate action.

We have in stock over four million water purification tablets adequate to cover 2000 households for a month, bandages, hand gloves, gauze, and all-purpose sponges among others.

Freetown is prone to floods and mudslide disasters due to its topography and the poor housing structures across the city. Many of the impoverished areas of Sierra Leone's capital are close to sea level and have poor drainage systems, exacerbating flooding during the rainy season.

Three days of torrential rains culminated in the latest disaster yesterday (Monday 14 August) in the neighbourhood of Regent.

The flooding and landslides have also cut communications and electricity in many affected areas. Many roads are submerged or covered by debris from landslides, providing further challenges to rescue efforts.

If you would like to help, you can give to the World Vision Emergency work fund, which will help our responses in unfolding disasters such as this.

Help World Vision to respond to emergencies like the disaster in Sierra Leone.