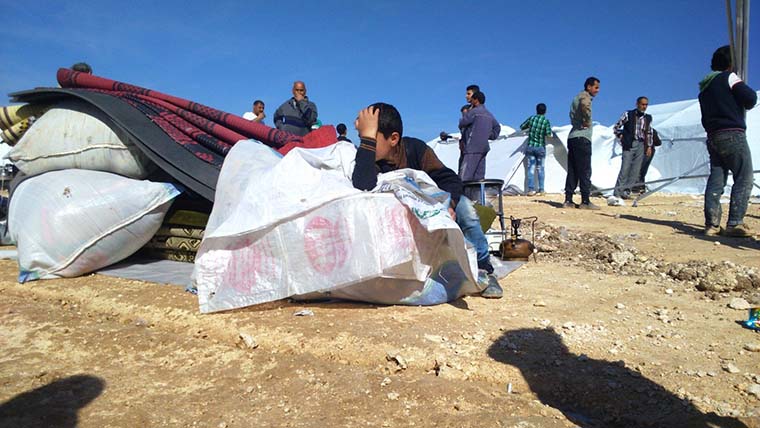 World Vision has expressed shock at an airstrike that hit an aid convoy in Syria, reportedly leaving 12 dead. The UN says 18 trucks were hit on their way to deliver aid to 78,000 people.

“This deadly attack is a horrific turning point in the conflict, and utterly devastating for thousands of children and their families who were waiting for these supplies to arrive.

“It’s a worrying development for agencies delivering aid inside Syria. With a fragile ceasefire deal holding just a few days ago, it shows how quickly the situation can deteriorate.

“In the end, that ceasefire achieved nothing for children in besieged areas of the country who have endured years of violence and misery. It resulted only in a queue of aid trucks assembled the wrong side of the border, which weren’t allowed through.

“We can only hope this attack will serve as a wake-up call to leaders to salvage what’s left of last week’s ceasefire deal and redouble their efforts.”

Mr. Hekman added: “The ceasefire could have been the start of a new chapter, and a fresh opportunity to help families under siege in Syria, especially those in Aleppo. While it was a step in the right direction, there needs to be more political will on all sides.

"No aid has reached these families since July and the latest events are another heartbreaking setback.”

World Vision continues to lead a massive response, in partnership with other agencies, to reach as many displaced Syrian children as possible. You can make a donation to the Syria Crisis Appeal today »