World Vision has expressed deep concerns for the welfare and safety of children and families in the Iraqi city of Mosul as fierce fighting began on Monday. 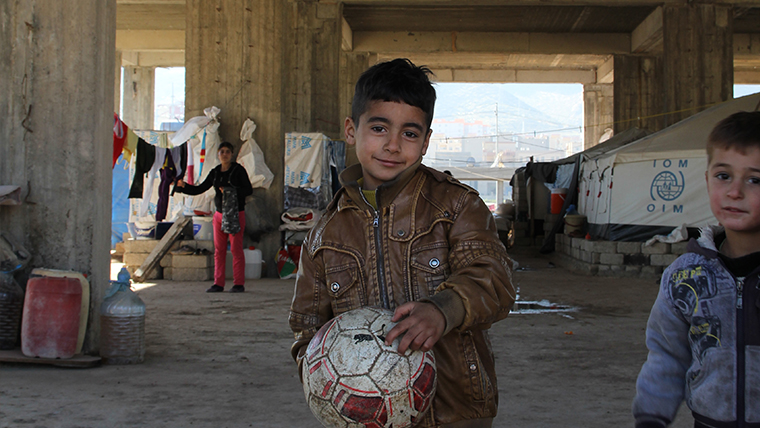 Khalil Sleiman, World Vision’s Response Manager for northern Iraq, said: “We’re already supporting half a million people who fled Mosul when it was first occupied over two years ago. We’re now poised for another massive influx of children and families who will have been through horrific experiences most of us could never imagine.

“They will arrive with nothing but the clothes on their back and will be thirsty, hungry, and need urgent medical attention."

Iraqi government forces launched an offensive today to drive Islamic State from the city of Mosul, the militants' last major stronghold in the country - home to up to 1.5 million people.

World Vision is also raising concerns that identification documents may have been confiscated during ISIL occupation, which could lead to issues with registration. Separating fathers from the family for protracted periods during screening may also make families for vulnerable, the charity has warned.

Sleiman added: “The violence will also have taken a devastating emotional toll on children, many of whom will need years of specialist support to rebuild their lives, come to terms with what happened, and to regain some kind of normality.

“Children always bear the brunt of conflict and we call for humane treatment at every stage of the process of the Mosul operation – including screening when boys as young as 14 may be separated from their families.”

You can help World Vision’s efforts to protect displaced children and families by donating to the refugee appeal today.