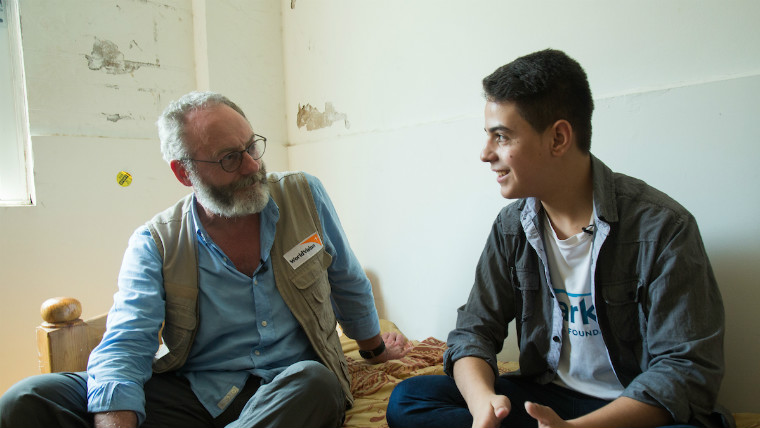 Hussam who now lives in the German city of Stuttgart, initially fled Syria for Jordan after his school was struck by missiles during his final exams, killing his best friend and teacher.

Cunningham, who plays Davos Seaworth in the HBO epic-fantasy phenomenon, said: “He (Hussam) won’t let it (the challenges) get him down. He has a self-belief about him. He has joy in his heart, a twinkle in his eye.

“I have no doubt that the horrors that he has seen and has experienced haven’t taken away his humanity. They may have made him stronger. He is a delightful, delightful human being,” the star added.

Hussam said he was delighted to see Liam again and gave him a big hug.

Cunningham was also impressed that Hussam has taught himself English and is now learning German on a smartphone app.

The Irish actor says his preconceptions about Syria’s 5 million refugees has
been “completely blown out of the water” by his visit to refugee camps.

“I have an enormous anger about what’s happening in Syria: the injustice of it, the disgusting behaviour of the various parties involved,” Cunningham explained.

The war in Syria has become one of the worst humanitarian crises in recent years and is showing no signs of letting up. World Vision remains committed to helping Syria’s children for as long as it lasts. You can support the Syria Crisis Appeal by donating today.