Funding must translate rapidly into action for Syrian refugees 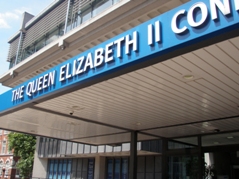 But the aid agency warned that the money must now translate into action for millions of children who have fled the crisis – and efforts must be stepped up to tackle the cause of the conflict itself, and to secure peace for the generation of children affected by five years of fighting.

“This is a strong financial commitment which is a significant stride forward after half a decade of under-funding.

“We’re seeing a tipping point in countries neighbouring Syria, where conditions for children are now so dire that families have had enough. They’re making life-threatening journeys to Europe for survival, security and, frankly, some dignity.

“Sadly, with a patchwork of EU policies, it rarely works out that way.

“Britain is leading the way financially but has only allowed in 1,000 of the 20,000 refugees it announced – and we need urgent clarity on how many unaccompanied children will be given sanctuary.”