This year’s G7 meeting at Schloss Elmau will be remembered as one that did not deliver on its ambitious agenda that could have had an historical impact for the world’s most vulnerable children, especially those in conflicts. 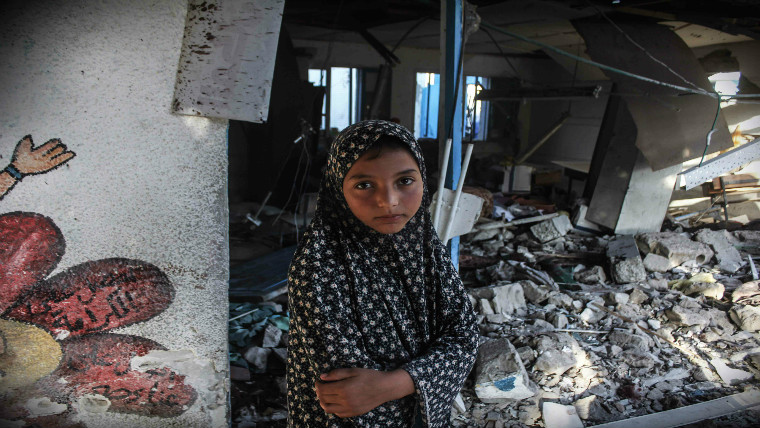 “After last year’s makeshift summit following the suspension of Russia, leaders really needed to deliver this year to demonstrate the value of these Summits, but they were too distracted by immediate crises,” says Geeta Bandi-Philips, World Vision UK External Relations Manager.

“Ebola, Ukraine, Greece and Syria are concerning issues, but G7 leaders are only putting band-aids on symptoms of root causes that are putting millions of children’s lives at risk.

“The G7 leaders missed an opportunity to lead the way for the future of children, especially those living with the effects of war and conflicts, and dying from easily preventable causes,” says Bandi-Philips.

With the Millennium Development Goals (MDGs) expiring this year and a new set of goals being developed, this weekend was a historical opportunity to have a lasting impact for children who live and die unseen and unheard. But they failed to deliver.

Geeta Bandi-Philips adds, “We came into this year’s meeting calling for tangible commitments for the world’s most vulnerable children and despite addressing issues like hunger and immunisation, it was nowhere near as ambitious as we would have hoped for.”

Based on previous G7 priorities and commitments, World Vision challenged leaders to deliver in five areas this year.

“On child and maternal health, we said G7 leaders needed to support the post-2015 goal to end preventable deaths of children by 2030. They have shown effort by funding the immunisation of 300 million children, but immunisation is only one part of a much bigger plan needed to save lives.

“On hunger and nutrition, we said G7 leaders needed to support the post-2015 goal to end child hunger by 2030. Aiming to relieve 500 million people from hunger and malnutrition is important, but the real test of this pledge will be whether it has an impact on the most vulnerable children, those who live and die unseen, unheard and uncounted.

“After the horrors of Ebola, we said G7 leaders needed to support poor countries to strengthen their weak health systems so children can access lifesaving health services. They have delivered a good plan to tackle disease outbreaks, but Ebola was only the tip of the iceberg. The G7 leaders must try harder to help the 17,000 children under the age of five who die every day, often because of weak health systems.

“On children living with war and conflict, we said G7 leaders needed to step up for them in this important year. The G7 missed the opportunity to address the needs of these children, who have missed out on the progress of the MDGs and previous G7 promises, and continue to suffer.

“On accountability, we said G7 leaders needed to deliver and fulfil promises made to children in previous summits. The failure to produce an annual accountability report calls into question progress on G7 commitments, undermining credibility.”

One in three UK children between five and 18 years old (36%) have told parents they are lonely since the government shut schools, a survey commissioned by World Vision reveals.

World Vision UK is urging churches across the country to unite for a National Day of Prayer and Action in response to the coronavirus pandemic.

Coronavirus: World must unite to focus on the most vulnerable as pandemic declared

A united global effort is needed to help prevent COVID-19 from having a massive destructive impact on the lives of child refugees, migrants and the very poor, warns aid agency, World Vision, as a pandemic is declared.

One in three UK children between five and 18 years old (36%) have told parents they are lonely since the government shut schools, a survey commissioned by World Vision reveals.

World Vision UK is urging churches across the country to unite for a National Day of Prayer and Action in response to the coronavirus pandemic.