Tim Pilkington, chief executive of World Vision UK, said: “As we honour the unsung heroes - fellow World Vision and other humanitarian colleagues - who assume great personal risk to respond to​ humanitarian crises in places like Syria, South Sudan, Sierra Leone, and other active ​​crises, we ponder on the various unmet needs in many other places. In a world where crises are increasing in complexity and​​ magnitude, saving lives is becoming even harder and this year humanitarian organisations will be aiming to reach 78.9 million of the world’s most vulnerable people across 37 countries with life-saving humanitarian assistance. That is nearly double the number from just ten years ago.

“Year on year, humanitarian needs are outstripping our capacity and the resources made available to respond to the tens of millions of people – many of them children - in countries around the world facing life-threatening humanitarian crises. As major emergencies around the globe increase in scale, complexity and frequency, World Vision commemorates the sacrifice of our colleagues and reaffirms our commitment to the vital work that humanitarians carry out around the world, everyday, often in difficult and dangerous circumstances. We recognise that each one of us can make a difference in the lives of others; and each one of us has the power to inspire our fellow human beings to take action to create a more humane world.”

To mark World Humanitarian Day, we profile a selection of some of World Vision’s aid workers working in crisis areas to get a sense of their day-today lives in the field and a flavour of life on the frontline. 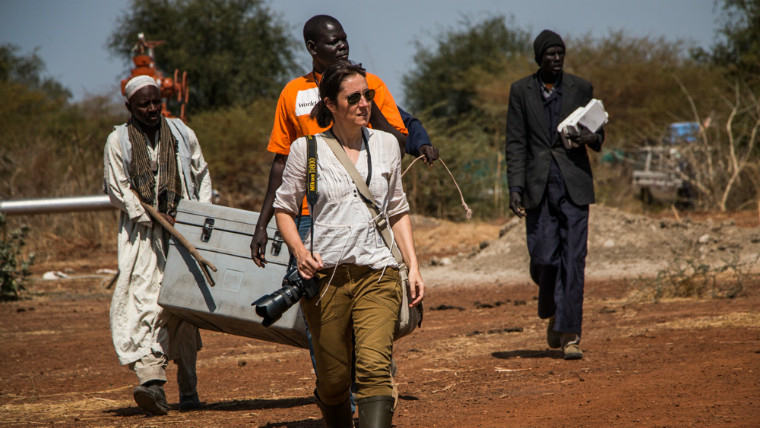 A couple of days after I first arrived in South Sudan I remember asking another aid worker, who had been here for several months, what it was like. He looked me in the eyes and grimly replied, ‘Gruelling’.

He wasn’t wrong. The work is indeed demanding. Partly due to the long working hours; and mostly because of the traumatic nature of the conflict.

Earlier this week, I held a meeting with a colleague from another NGO at 11pm. Neither of us apologised for the late hour. We both assumed the other was working. That day was the 19 day I had worked without a break. Ten of those days were spent in field sites – out in the conflict affected rural South Sudan - which is also physically taxing.

The food shortage across the country meant that for four days I didn’t eat a proper meal, consuming only dry food snacks that I had carried with me; and some bread and biscuits that I bought in the small towns we drove though.

As if the physical challenges aren't enough, the environment is emotionally and mentally stressful. The conflict has put more and more restrictions on the movement of people and aid. It often takes a good couple of hours in a small plane to get from the capital to anywhere in South Sudan. Then several more in a four wheel drive on roads that are almost impassable to reach people with aid. Last week I passed a food truck that had broken down in the middle of the road – admitting defeat to the potholes. If we are lucky enough to get to the end of the journey, there is often a man with a gun to negotiate with at the other end.

There’s a saying that my colleagues and I have about South Sudan: “It can always get worse”. As difficult as my job is, I know that I am one of the lucky ones. I am based in the capital, Juba. Many of my aid worker friends live and work in remote locations where they don’t have regular showers, let alone a hot cup of coffee in the morning. 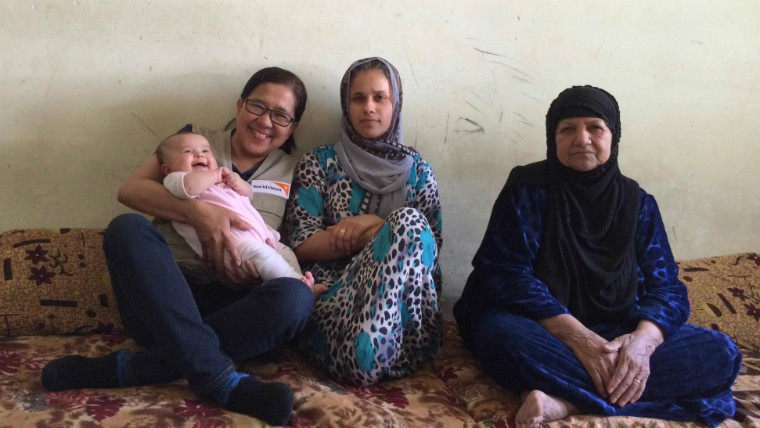 After a 14-year experience in my line of work, I know I have earned ample life lessons that have shaped my perspectives as a communicator, mother, humanitarian and simply a human being.

I have sat at the frontline of humanity’s pain, suffering and hope despite the apparent futility. From the Asian Boxing Day tsunami, Typhoon Haiyan, the Syrian conflict and Nepal’s recent earthquake, I have covered some of World Vision’s most challenging emergency work in recent times.

I am now the Communications Manager in Iraq. It’s been a year since thousands of Iraqis have been forced to flee their homes. Over 3.1 million Iraqis are now displaced. Funding is needed urgently especially with the heatwave this past week and upcoming winter. Conditions on the ground are hard, but I'm very thankful because as a communicator, I get the opportunity to put my experiences into words, stories, videos and other forms of expression. I get to take the stories of pain and the need for hope that people on the ground are experiencing and distil them so that supporters around the world will understand the situation and act. Yes, do something! 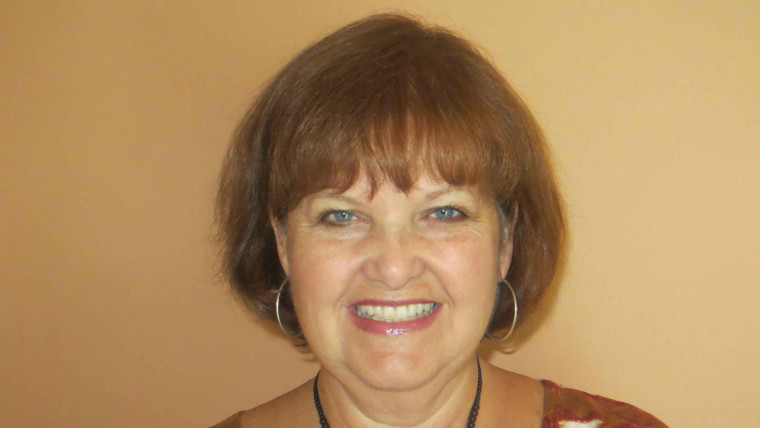 I can still hear the guttural wails of seven-year-old Fatou at her father’s funeral in March. She ripped her clothes as she danced a traditional mourning ritual. It was the first burial that I attended while covering World Vision’s work of providing safe and dignified burials to Ebola victims and others. Dressed in biohazard suits, the burial team placed Fatou’s father in a plastic body bag. They meticulously sprayed his grave with chlorine disinfectant. Necessary, but coldly clinical. Fatou sobbed as her father—and her future—was lowered into the ground. With no one to pay her school fees, her education will end. Girls as young as 14 are being married off to men three times their age. Their families can’t afford to feed them.

It’s the children who haunt your heart. There are reportedly more than 8,000 Ebola orphans like Fatou in Sierra Leone, but every child in this country is an Ebola survivor. They may not have been infected, but all have been profoundly affected. 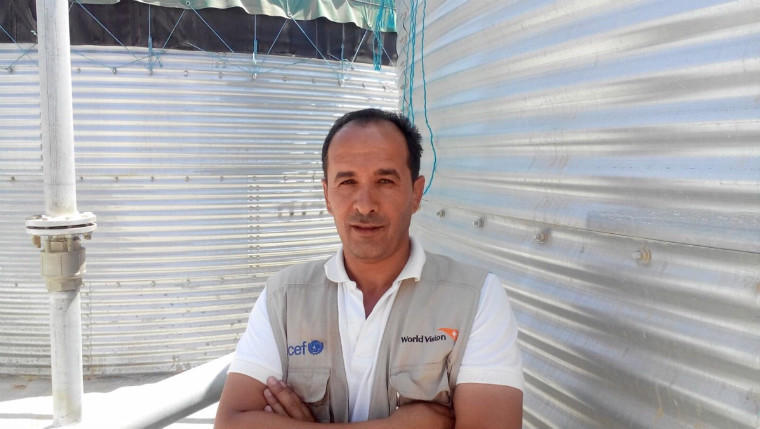 I have been working with Syrian refugees in Azraq refugee camp for almost two years in the construction of the water network, sanitation facilities and the operation and maintenance of these facilities.

I tried through my work in the camp, to provide the best service possible for Syrian refugees, particularly in one of the most important aspects of life in the camp, which is the water. I worked on the maintenance and operation of the water network and I made sure the water reached the refugees in the designated quantities. In addition, I verified that the water quality is within the standards by performing water tests and responding to any emergency situation directly, even if it means I need to work overtime or in weekends.

During my work, however, I noticed many of the problems the Syrian refugees face in their daily life inside the camp. The tap stands are very far away from the shelters in some areas of the camp, and the queuing time is too long. In addition, some of the services, such as the market, reception area and the school are too far for the refugees to go to, especially children. After two years of work on constructing the water network and sanitation facilities, it’s very rewarding to see the before and after pictures of the camps. I felt good about my work every single day I worked in the camp and I was pleased that I performed in the best way I can, to try and make the refugees’ lives better. Not just that, but even after a long day of hard work, when I see the smile on the faces of the children whom I helped, I feel it is totally worth it and that I love my work.