Life In The Midst Of Unrest 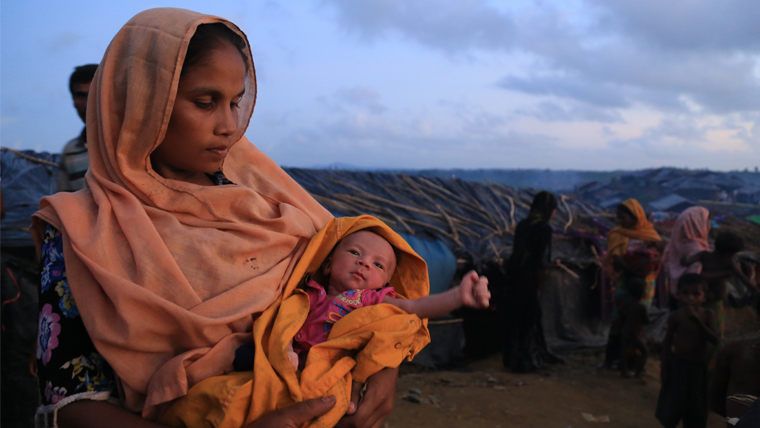 The newborn had not been named; 19 days is all that had passed from the time his mother bundled him up, ready to cross the border into Bangladesh, but it seemed like an eternity. His arrival into this world was not met with grand celebrations but with the harsh reality of unrest and violence.

30-year-old father, Alom Sha, father of six, worked as a tenant farmer in the village where they lived.  His wife, 30-year-old Arfa, was due to give birth when violence erupted in Myanmar.

"There were sounds of gunshots everywhere, we took refuge wherever we could and just ran for our lives. It was difficult to even walk for my condition. But I had to run so that my unborn child had a chance to live," says Arfa.

After crossing the border it took the family three days to reach a refugee camp.

With limited access to life-saving essentials, the family is now running on survival mode. The older children pitch in, making long journeys to fetch water.

"I can't do any hard labour because of my condition. For the last 15 days we haven’t been able to eat three meals day. My husband tried to find some rice as relief that we could eat today," says Arfa. 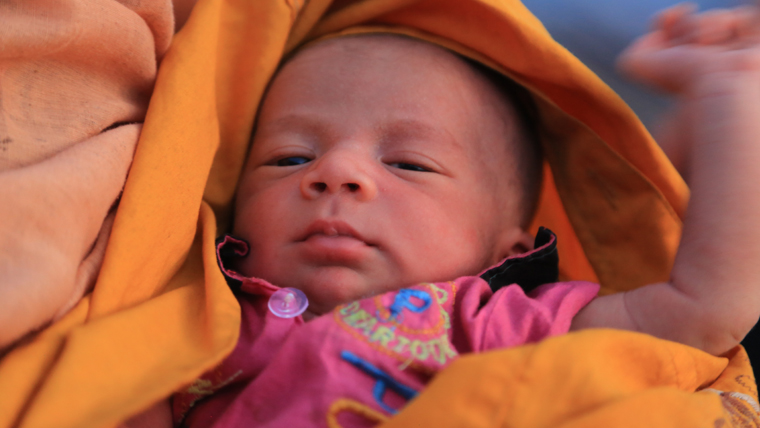 The Jamtoli Refugee Camp is now full of mothers like her, most of whom have only recently given birth. Due to no access to nutritious food for lactating mothers, these babies are unable to get enough milk. The families roam the campsite all day in search of food and water. Due to lack of latrines, the sanitary conditions in the camps are deteriorating. Most of the newborn babies are at health risk.

"Now we have something to eat but we can't use any latrines. We need to get down from this hill and go to the paddy field to defecate. Most of us haven’t bathed in several days due to lack of water," says Arfa.

The refugees, who have been uprooted from their homes, have no choice but to focus on simply getting by from one day to another.

You can help affected children and families by donating to the Myanmar Refugee Appeal.