A little bit about me and my connection with World Vision!

Hi there. My name is Fatou. I’m 17 and I’ve just received my A levels!! I live in a the western part of Senegal. My Mum is at home with my two sisters, one brother and myself and my Dad works in Dakar.

Thanks to one of my teachers in school, M. Senghor, I have been working with and supporting World Vision for about 4 years now. I am a peer educator in their child protection programme and also am lucky enough to be one of the YOUNG LEADERS group, a young activist group of 16 countries created by World Vision International.

The "It Takes a World" could not have come sooner, because I think it is high time to get involved and to really work to end violence against children, especially child marriage. This campaign gives, we the children, and especially Girls the opportunity to SAY NO, denounce and fight against this injustice against us in particular.

My feelings are strong – I am so shocked first of all when I see my friends and comrades suffering. And then the rebel rises in me and I know I want to stand up and fight for their right to not be married until they wish.

As a peer educator and a young leader, this campaign allowed me, as well as having some help from our local along child protection committee, to educate my classmates, parents and our local authorities about the horrors and harmful consequences of child marriage. And today, since the beginning of the campaign, we have been able to stop more than 10 child marriages in my community in meeting with local authorities and explaining to them the nature, risks and consequences of child marriage. And with the support of child protection committees, parents and children have also understood that there is a way to report child marriage in the community. I am proud of this work but there is so much more to be done. I was lucky enough to represent my fellow girls, classmates, community members and country when I went to Brussels earlier this year to speak about my involvement in the campaign to end violence against children.

When I spoke at the press conference, I was able to give facts, statistics and examples of what happens in my community – every day and to be the voice of those who are suffering at home. On my return to Mabo I went directly to the local authorities and shared the report of my work and I also did an interview with a local TV station to help raise awareness about the campaign. We launched a roadshow and visited 15 villages with the campaign message. And the results are starting to come in even more. Both parents and children are reporting more and more cases, giving these girls the chance to avoid being married off.

Child marriage is WRONG and is one of the most common forms of violence in our kind of country. In Senegal, every year, thousands of children (especially girls) are married off before the age of 15 against their will – they do not want to be married. They are abused, they fall pregnant and leave school. None of which they wanted… I remember one girl in particular She was in my community, 13 years old and in 4th class. During one of the awareness building campaigns she made a plea for putting an end to child marriage – while at the same time her father was arranging her marriage. She died 3 months later following an abortion of a three month pregnancy.

So when I see this, I stand up and gather together with my fellow children and young people and ask the decision makers to put sanctions in place for those who commit violence against children and also to put in place a legal framework where children can be heard and express their wish and demand that their rights be respected.

Also we need to do more about gender equality by promoting the participation of girls in the campaign against violence by establishing gender equality and denying freedom of expression. Why? Because it is time to give girls the courage to break the chains of violence and to work for our future.

What do I hope for most?

My biggest dream is a world without violence against children and most of all, no child marriage. That is why I really want to continue my studies in Law, to become a great and effective law maker here in Senegal. I want to continue the fight to end violence against children and for the next few years use my voice as a live support to World Vision in achieving their objectives.

It is good to talk, to plan to discuss and to make lists of things to do but NOW we need to ACT and create the movement to end violence against children

**The following are excerpts from a World Vision report. It is our hope that this report, _It Takes Children_, will enforce that children and young people should be seen as change agents. All writing and photographs are by children and young people, aged 13 to 18.** All are part of the [World Vision Young Leaders project](http://wvi.org/sites/default/files/WV\-Empowered\-and\-Connected\-Young\-Leaders\-01.03.2017.pdf), which aims to equip and empower them to engage in actions to end violence.

CHILD MARRIAGE IS VIOLENCE AGAINST CHILDREN

_By Abigail, 13, Young Leader from Ghana_ Child marriage is when a young girl under 18 years of age is forced into marriage without her consent or will. This can be termed as violence because it is an infringement on the right of the individual or victim as stated by many United Nations documents.

> Child marriage can be caused by lack of parental care; financial difficulties, ignorance of the law and lack of education. A girl who is forced into marriage is perpetually denied the opportunity to enjoy her sweet world of childhood and this may give her an identity crisis.

Another cause of child marriage is financial difficulties faced by parents. Some parents are not financially stable and because of this, they are compelled to give their girl child into marriage so that they can receive money and gifts. The third reason I would like to highlight as a cause of child marriage is custom and tradition. Among some tribes in Ghana, there a traditional practice called exchange marriage. This is a major cause of child marriage in the country. In practice, a man who is ready to take a wife, is obliged to also take a female from his family and present her to his wifes family. So it is normal to see a nine or ten year old girl being exchanged as part of a marriage arrangement between two families. We can prevent child marriage by enforcing the laws of the country. In Ghana it is illegal to marry a person below 18 years of age. If our law enforcement agencies are proactive and punish perpetrators, it will deter others from indulging in it. **We can end child marriage by talking more about it. We need to keep educating communities about the negative effects of child marriage. We have to also create support systems like child protection committees in the communities, which can protect childrens rights at the community level.** We also need to empower young girls to be able to insist on their rights and know the avenues of support available to them where they can report cases of child marriage.

_By Dana, 17, Young Leader from Romania_ Violence affects us every single day, directly or indirectly. The problem with this phenomenon is that becomes accepted as normal and as such, there are not many people who will react when they witness it.

But there are people who are more exposed to it, for whom it is especially hard. They find it almost impossible, to defend themselves against violence; the homeless people, minorities, poor people, but, especially, children and women. Violence is the response of some people who are unable to express their needs by words and they direct their anger towards the ones who are incorrectly considered to be weaker: children and women. We are not born violent; its not in our nature, as it is said. Being exposed several times to violence, will lead for sure to such behaviour. As an example, its more likely, for a woman to be physically, emotionally or financially abused by her partner and a child that lives under these circumstances will act violently to his peers. Moreover, their chances of become a violent adult are very high. So, there is a clear vicious circle that needs to stop.

> In 2015, over 13,000 cases of violence were reported in Romania, but the reality is that the number could be much higher. Together, boys and girls, young leaders and grown\-ups, have to take action and one of the first steps is to be engaged in actions and campaigns against violence.

We need to take this problem to a higher level, as we are doing here today. It may take a lot of time, because here, we are talking about changing a mentality that has lasted for too many years already. We need to educate the children, teachers and the parents, especially the young ones, that violence is not the answer and that it causes scars deeper than the marks on the skin. Its a hard mission; its true, because every situation is different. But we cannot dream about a developed society, if we still continue to disrespect the others and be aggressive. **I am a Young Leader and I dream of a world without violence, based on peace and respect. Yes, you can call me a dreamer, but I know that every single person here has exactly the same dream. So, lets be those dreamers who changed their dream into reality!**

**It takes a world to end violence against children**

Support these young leaders by sharing their stories.

Click here to read the full It Takes Children report, which includes stories from 21 young leaders around the world
Share on FacebookShare on twitterShare via email 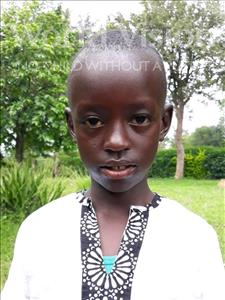 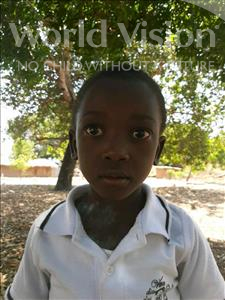 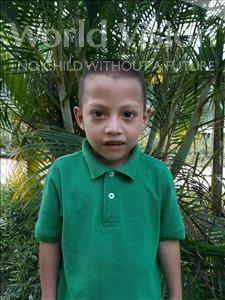 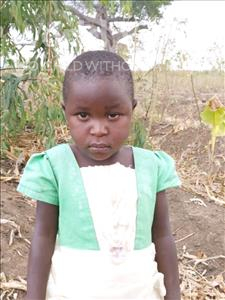 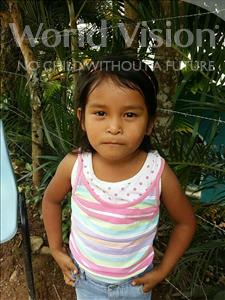 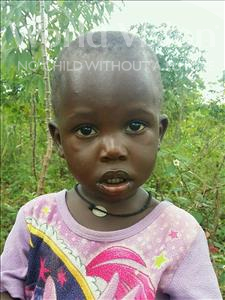 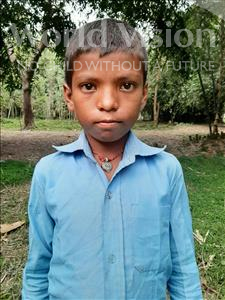 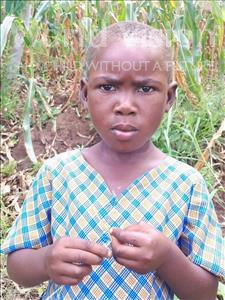 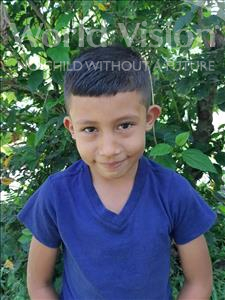 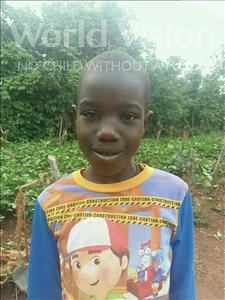 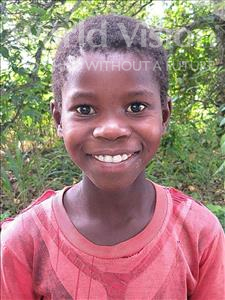 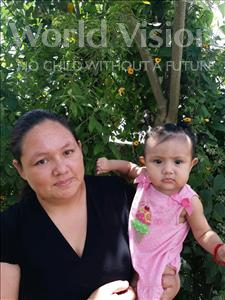 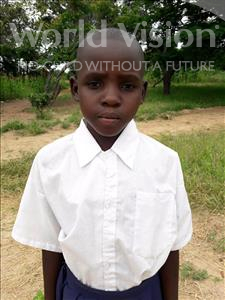 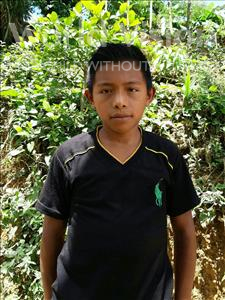 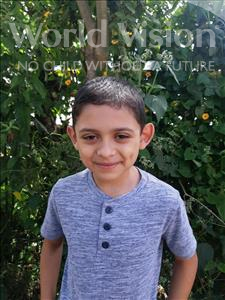 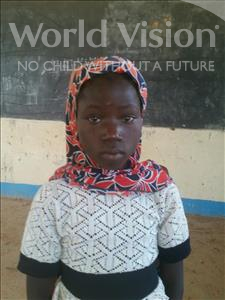 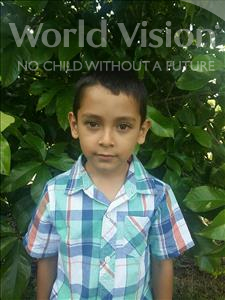 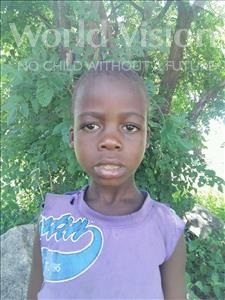 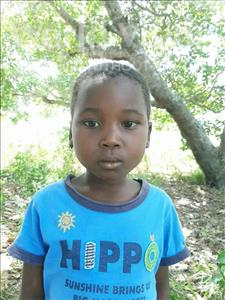 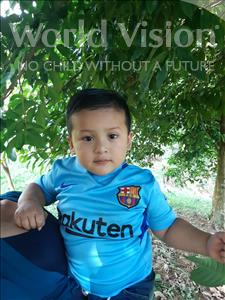