First faces of famine in Somalia

Muhammad doesn’t say a word. The little boy barely moves in his father’s lap. His shirt droops as it hangs from his tiny shoulders. His arms protrude from his sleeves like two sticks. 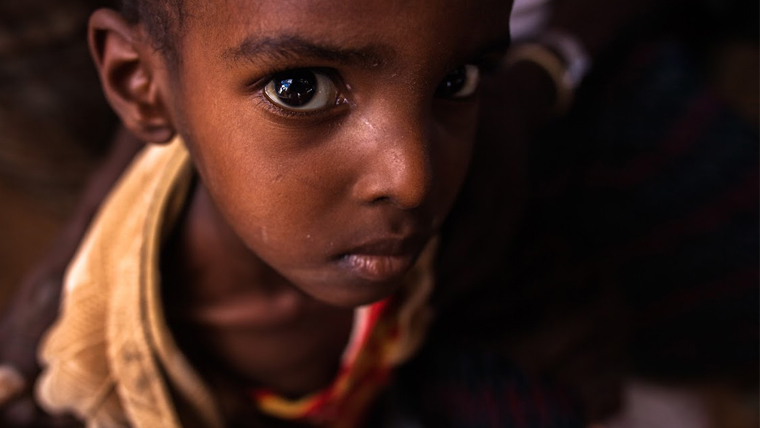 The doctor at this World Vision mobile clinic in Puntland lifts Muhammad’s shirt for examination. The bones in his sunken chest are easily distinguished. Muhammad tries to shift in his father’s lap, now fidgety and restless, like any other five-year-old child. But even this effort quickly tires him out. He settles back into stillness. It’s as though Muhammad’s body knows not to burn calories, unless absolutely necessary for survival. Every bit of energy must be saved.

Muhammad is severely malnourished. You can see something is wrong the moment you meet him. But it’s quickly confirmed by the World Vision doctors who have set up a mobile heath unit in Muhammad’s community. His weight and arm measurements are dangerously low and he is immediately put on an emergency nutrition program. 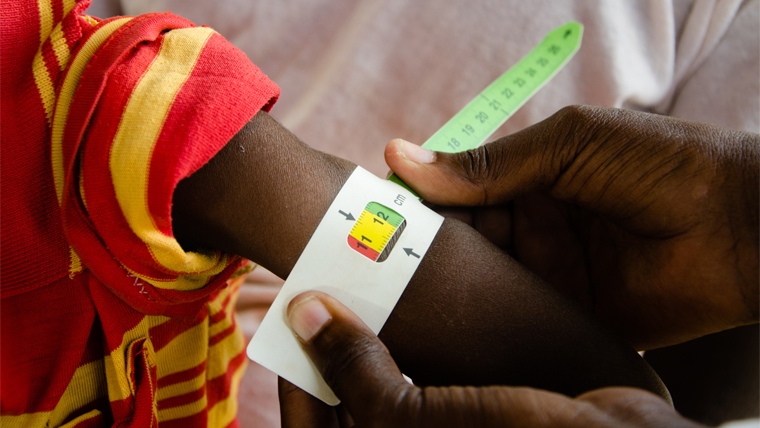 Malnourishment treatment includes a peanut paste (plumpy’nut) with all the essential ingredients to restore Muhammad’s health. When he’s given the packet for the first time he is a bit tentative at first, but then he eats it hungrily. A good sign that his malnourishment hasn’t gone too far. He grips it tightly and it’s clear he won’t let go of that packet of nourishment for anything or anyone.

Muhammad is malnourished because his pastoralist family has lost their livelihood due to the devastating drought that has gripped the region. Their flock has been decimated by a lack of water and food and without their animals they have no way to properly sustain themselves. A common story across the region as more and more people go hungry.

“Muhammad deserves a full life,” says the doctor at the our mobile health unit. “He deserves to go to school, to have a future. But that all starts with proper nutrition and health.”

Malnourishment was extremely rare in this community, before the drought. But as more and more families lose their livelihoods here, in one of the hardest hit areas, malnourishment is becoming a bigger and bigger problem. Across Somalia, there are now more than 363,000 acutely and 71,000 severely malnourished children under-5 respectively, according to the U.N. And that number keeps growing as the drought deepens.

At this clinic, Muhammad is receiving the care he needs. So far the mobile units in Somalia have been able to provide effective treatment in most of the areas they support.

More and more new cases stream in. The children leave successfully treated, but return to families unable to provide for them. 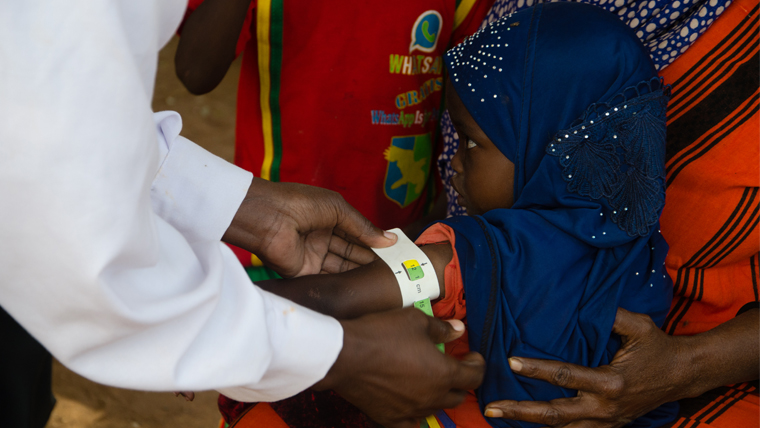 “Without these interventions it would be very difficult for these children to survive,” says the doctor. “These families don’t even have one dollar to live on.” And as patient numbers continue to rise, the resources needed for treatment become stretched. More support will be needed.

World Vision has recently launched and appeal for emergency funding to assist 530,000 of the most vulnerable people across Somalia with targeted food security, emergency health & nutrition, livelihoods, protection, shelter and Water Sanitation and Health programs.

Find more on how you can help support our work in East Africa.

One Buckinghamshire girl has turned disappointment into opportunity – and is bringing hope to other children around the world.
East Africa Crisis Appeal