It’s not been a good night. The noise from a group of inebriated men in the room opposite and copious amounts of Ethiopian coffee have meant a sleepless night. I’m woken in the early hours of the morning by a massive bang of thunder, heralding a rain storm that lasts till breakfast. It’s not a great start to a trip to visit World Vison’s drought response!

I was reminded yesterday by our local operation director, Alex, that while this rain is very welcome in the highlands, it’s the lowlands that desperately need rain. Cattle herders struggled last year from an El Niño induced drought, and they are suffering again this year from a rain failure caused by a climate anomaly in the Indian ocean known as Dipole.

As of today, there are around 7 million people affected and the figures are predicted to rise to 10 million, adding extra strain on the organisations and government still reeling from the El Niño emergency last year.

I realised I’d not heard much about the resolution to the El Niño crisis. On enquiring, I found this was because it had been a great success. Thousands of lives and livelihoods had been saved by an enormous effort by international organisations, like World Vision, and a widely acclaimed response by the Ethiopian government.

Today, we are leaving the capital, Addis Ababa, to head to the lower Omo valley. It’s an hour’s flight to Arba Minch, and then a four-hour drive to reach the valley. We’re visiting the Hamer pastoralist tribe made famous by Bruce Parry in the Channel 4 documentary, Tribe, for their extreme initiation rituals; like cow jumping. I am not very keen on flying and the thunder storm only makes the ride bumpier, but I’m excited to see the tribes and drought response.

We stayed a night in Jinka, the capital of the Southern Nations Nationalities and People Region, and headed down in to the valley the next morning. Our first stop was with the Banna tribe, where were welcome by a line of youths who escorted us to a tree shaded area filled with people.

We asked if we could speak to some women who had benefited from the shallow wells World Vision had drilled in the area during the drought. We met Getty, who was recently married, but looked only about 15. She had come to collect water from the well. She told us during the drought she had carried water 5km each day, stopping frequently to rest and fend off the bees who were also suffering from the lack of water. Another woman, Bora, told us the well now supplies 180 families and has been a huge help to them. 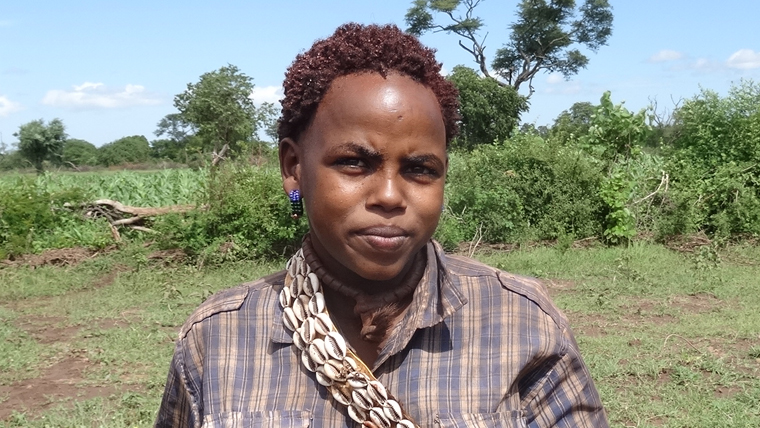 After some dancing and speeches, we left the community passing the skeleton of a dead cow, one of the 800,000 who have died in the last few months from drought.

World Vison is one of several humanitarian organisations responding to the drought in Ethiopia. Each has been allocated an area of the country to distribute food to the most vulnerable populations.

We stopped to interview some of the participants and watch as the World Vision staff organised representatives of over 500 families into queues to collect their rations of oil, spilt peas and wheat. Old ladies were first, then old men, then the rest.

We watched an old couple struggling with nearly 50kg of wheat. They were trying to hire a donkey to take it to their home, it’s really hard being an old person in a humanitarian emergency when you have no younger people left to help you.

Getting out of the crowd, we followed a family who had received ration to their small hut near the site to ask them a few questions.

“Why have you been selected?” we asked Mamiye and his wife Malabe. We were sitting in their tiny smoke blackened hut.

“I’m a fisherman” Mamiye says. “But I’m rarely able to bring home fish, as the lake has too many fishermen. So I started farming maize, but this year the rains failed and we got nothing. The drought has also brought on a diarrhoea outbreak.”

His two older daughters said the ration from World Vision means they can attend school. Mebrate, 12, wants to be a doctor. Her younger sister, Betelem, 9, wants to be a teacher. We asked what they ate apart from the split peas and wheat supplied in the food aid. Mamiye shrugs “when I’m lucky enough to get fish, I sell them to buy maize meal and extra vegetables to eat.”

In Banna Woreda we met Mr Gola, the deputy chief administrator. He was friendly and gave me a local wooden pillow (headrest) used by the Banna tribe. He told us World Vision had sunk 11 shallow wells in the last 3 months and are planning to drill another 17. This is for the whole South Omo Zone including his Woreda. Currently, they are using a lot of government money on water trucking so the wells are greatly appreciated. This is not only because it is helping solve the current water crisis for the affected villages, but is a long-term solution to the water needs of the community.

Leaving the disaster area, we move to Humbo, where a 10-year World Vision project has enabled this community to be largely drought resilient. To achieve this, World Vison worked with the Humbo community to fence off and manage 2,728 hectares of heavily degraded forest allowing natural regeneration. This has led to significant increase in tree cover, improved bio-diversity and decreased runoff of rain water for the community. Even a very productive spring had come back to life.

The World Bank has recognized the project and given the local forest Union carbon credits worth $452,000. The project aims to stop 880,295 tons of CO2 from being released into the atmosphere over 30 years. Funds from this have been used to buy grinding mills, honey production, tree seed multiplication for sale as well promote the project concept to others. People are visiting the project from all over the world to learn how to do similar things in other part of the world. 1,050 people have visited in the last 7 months. Plans for a learning centre are underway.

Humbo has definitely been a highlight of the visit as it gives hope this part of Ethiopia has tremendous potential and will not endlessly suffer drought after drought if we learn from what has happened here.

Hopefully one day, Mamiye and his family won’t have to be the recipients of food aid every year.

Find out more about our work in Ethiopia. 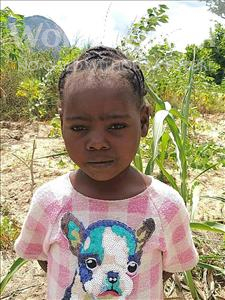 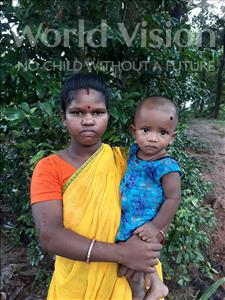 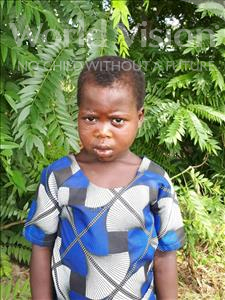 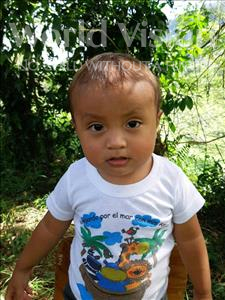 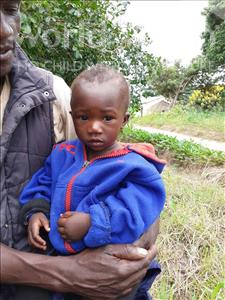 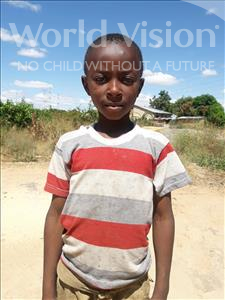 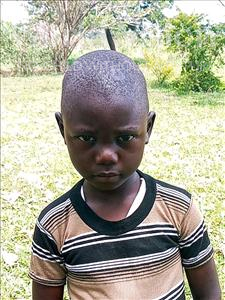 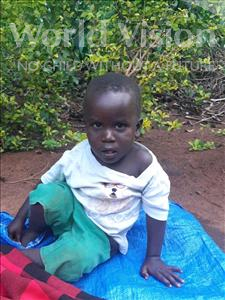 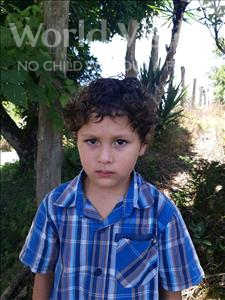 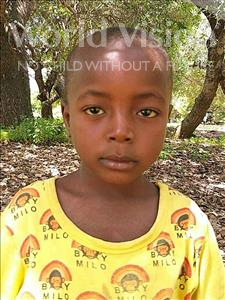 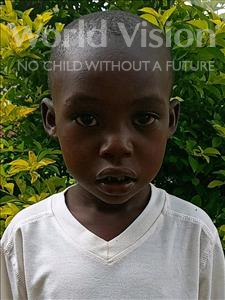 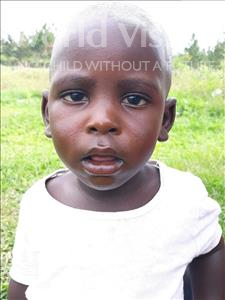 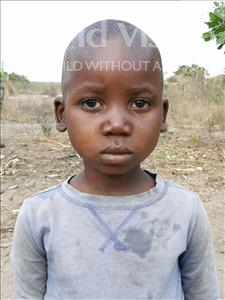 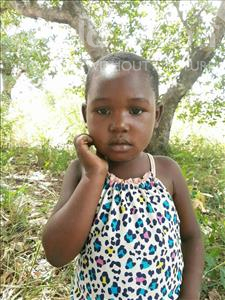 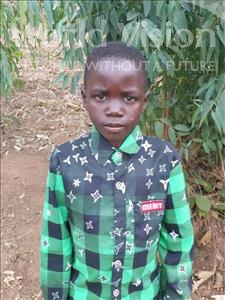 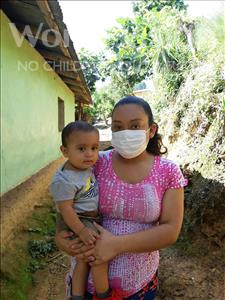