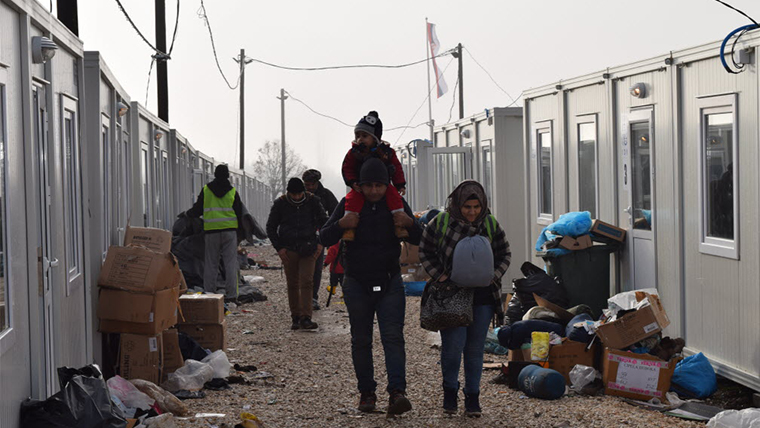 Earlier this year I met Hannan, a Syrian mother travelling through Serbia with her five small children, all under the age of eight. As we sat with her she told us about her journey – first from Turkey to Greece by boat, and then through Macedonia and Serbia during the cold winter months.

On the crossing from Greece, a steady stream of water had entered their boat. Hannan was terrified that they wouldn’t make it. When I met them her children were well wrapped up in coats, but sporting colds as a legacy from the boat.

Hannan wasn’t prepared to stop for long. She wanted to press on, fearful that the borders ahead would close, preventing her from reuniting with her husband who had gone ahead to Germany. Hannan’s story was like many of the other stories I heard, not just from Syrians, but other nationalities too. It’s a story of a mother who has been through so much and is desperate to continue on, to ensure a better future for her family.

It’s been several months’ since I met Hannan, and refugees from many different countries are still trying to come to Europe. Most borders along the Balkan route are now closed, and refugees are waiting in Greece for next steps. This morning a new deal came into force between Turkey and Greece, intending to return families in Greece, whose applications for asylum have been rejected, back to Turkey.

The details are still unclear as to how it is going to work. Earlier this morning, Frontex, the EU border agency, told the Guardian that 131 people had been sent back in boats from Lesbos to Turkey. In exchange, 16 Syrians journeyed from Turkey to Germany. However, the vast majority of the people sent back to Turkey had already entered Greece before the deal began, so it is difficult to see how things will play out over the next few days, weeks, and months, and whether the best interests of children and their families will be protected.

My personal fear is that if Hannan and the other families I met in January, on a semi formal route, were so desperate to push on with the journey whilst their children were sick, what lengths will people go to now when they are told they can’t come at all (or go any further)? I don’t know if this deal will stop them, or whether it will push refugee families to even more desperate measures of placing themselves in the hands of unscrupulous smugglers.

If not this deal, what’s the answer to the refugee crisis?

One key thing that often seems to be forgotten in discussing this crisis is the need for the international community to focus on preventing and resolving the crises from which refugees are fleeing in the first place. The Syrian conflict is now in its sixth year. Almost five million people have fled the country and a further six and a half million are displaced inside Syria. But it’s not the only conflict from which refugees are fleeing; it’s just the one we hear the most of in the headlines.

The conflict in South Sudan is in its third year and three quarters of a million refugees have fled the country; another almost two million are displaced within the country. Around one million Somalis have sought refuge in neighbouring countries due to the violence there.

Globally the UN estimates that wars, conflict and persecution have forced more people now than at any other time since records began to flee their homes and seek refuge and safety elsewhere. One in every 122 people on the planet is now either a refugee, internally displaced, or seeking asylum. Grouped together, those 60 million people who’ve been forced to flee would make up the world’s 24th largest country, rivalling Italy for population. 30 million of those displaced are children. 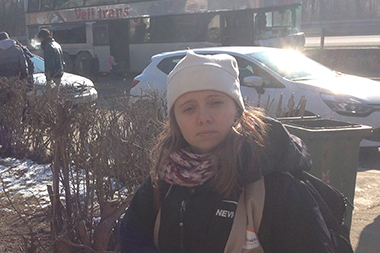 We don’t have all the answers. But at World Vision what we can do is continue to care for the needs of the world’s most vulnerable children and their families in the hardest places, whenever we can, and continue to challenge injustice where we see it.

For Syria, over the past six years our supporters have helped us reach children and their families affected by the crisis in countless ways. In camps and host communities in Jordan, Lebanon, Turkey and Iraq, we’ve been providing food, clean water, education, kits for babies and spaces for children to play, among other things. Inside Syria we’re helping provide healthcare and clean water. And in Serbia, where I met Hannan, we’ve spent the past six months supporting Syrian refugees travelling through, giving them food parcels, coats, and a safe space to rest.

Our work isn’t just physical either. As this new deal rolls into action over the next few weeks, we’ll be watching closely, thinking of all the families and children we’ve met, and continuing to insist that the needs of vulnerable children are placed first.

Sarah Pickwick is a senior conflict advisor for World Vision UK; you can follow her on twitter @sarahpickwick. To learn more about our Refugee and Syria Crisis work, please visit our update page here >>