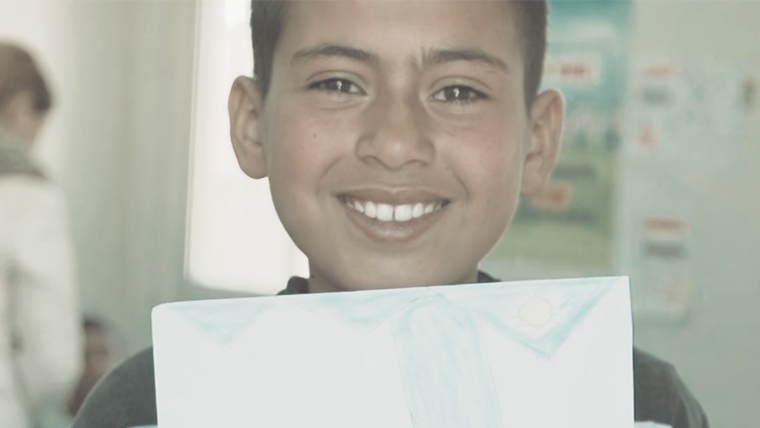 Last winter some of my colleagues met a little boy named Salah. He was in one of our Child Friendly Spaces in an informal tented settlement in Bekkaa Valley Lebanon. Our space, he told them, was the only place he felt safe since having fled Syria with his family. There he could colour, play with other children, and receive non-formal schooling and psychosocial care.

“I used to go to school in Syria, but when the war started we stopped going to school,” Salah told us. This March the conflict in Syria will be going into it’s sixth year – making it over half a decade since children like Salah will have last attended school. He’s just twelve years old, but Salah has spent more time out of school than in it.

Political issues continue to be unresolved, and the Syrian crisis has now helped to swell the numbers of people worldwide who have fled their homes to 60 million. 2014 was a record year, surpassing World War II and all years since records began with the largest number of refugees and displacements ever recorded. Over half of those affected are children like Salah.

“There were planes bombing the houses and the smell of dead bodies,” Salah remembers. “I saw people laid on the ground and planes bombing and destroying buildings.”

Seven and a half million children in Syria have grown up, like Salah’s little brother, knowing nothing but war. Salah can remember what Syria was like before the war, but since leaving Syria, he’s found no happiness. 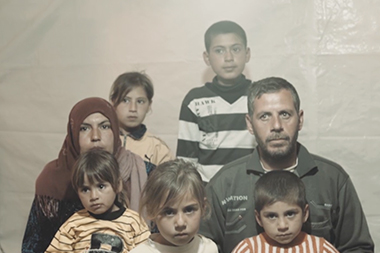 “I never got happy anywhere but the school here; it’s the only place I’m happy,” Salah told my colleagues. Unfortunately, the day we met him was his last day at the Child Friendly Space. His family was struggling to make ends meet, and his father had found him a job – probably helping in the fields harvesting potatoes as so many other children unfortunately do.

The UN estimates that the Syrian crisis response is only 35% funded, and this means that things like education, and even food have had to be strictly restricted. World Food Programme vouchers, which we help distribute to Syrian refugees, have steadily decreased in value over the past few years. Once worth $27 (£18.50), they hit a low of $13.50 this July (£9.20), before a moderate increase to $21.60 (£16) after the refugee crisis received media attention (and additional donations) in Europe last autumn.

The fluctuating vouchers, never particularly high to begin with, mean that families often struggle to support themselves, and finally resort to sending their children to work. Even before the voucher cuts this summer, an estimated 60% of Syrian children in Lebanon between the ages of 12 and 17 were involved in informal labour.

“I’m drawing the Child Friendly Space here, because I like to come here and play,” Salah told my colleagues when they met him last winter. 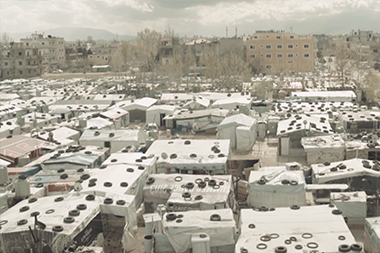 Every year, winter is especially hard for the millions of Syrian refugees living in makeshift shelters and camps in the Middle East. But this year, the deteriorating conditions and increasing numbers of refugees have aggravated an already difficult situation.

Preparations have been in full swing for the past few months in order to protect the most vulnerable families from a possible repeat of last year’s winter storms. Last year’s first heavy snow in Lebanon’s Bekaa Valley caused collapsed tents in the informal tented settlements and even several deaths due to the cold temperatures. As early as November, refugee children in Serbia were experiencing severe frostbite and unable to walk any further. Due to the extremely cold temperatures and lack of basic essentials such as warm winter clothing or nutritious food, this winter will be hard on children like Salah.

Moved by the severe need we’re witnessing on the ground World Vision UK is asking our supporters to take action. On 10 February, you can help raise money by going without your coat, spend the day in flip flops, take a walk with colleagues at lunch time or arrange a winter warmer with friends. Just £14 can buy a winter coat for one of the two million refugee children living in tents and poor housing to survive the cold conditions.